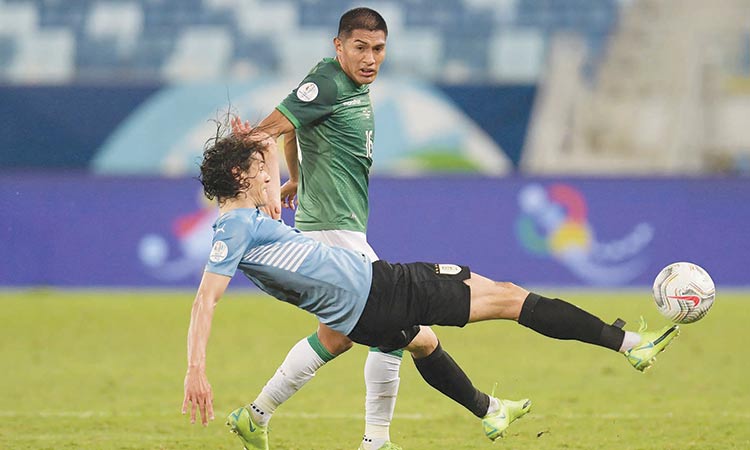 Uruguay’s Edinson Cavani vies for the ball with Bolivia’s Erwin Saavedra during their Copa America match in Cuiaba on Thursday. Associated Press

An own goal in the first half and a late second from Edinson Cavani gave Uruguay a 2-0 win over Bolivia on Thursday and guaranteed their place in the last eight of the Copa America.

Uruguay have won this tournament more than any other country but they have laboured so far this year, losing 1-0 to Argentina, drawing 1-1 with Chile and failing to shine against a Bolivian side whose last away win was 32 games ago in Myanmar.

Cavani scored his 52nd goal for Uruguay in a victory over Bolivia, who became the first team eliminated from the competition.

Bolivia goalkeeper Carlos Lampe scored an unlucky own goal to open the scoring but at times almost single-handedly kept his side in the game.

Paraguay went second in group A behind Argentina with a 2-0 win over Chile, who dropped to third with Uruguay fourth.

The result left Bolivia unable to catch any of the teams above them, who have all qualified for the quarter-finals.

“The appearance of Covid weakened us. We’ve played well, we tried to play without making mistakes but we didn’t have any luck,” complained Bolivia coach Cesar Farias.

A first-half header from Braian Samudio and second half Miguel Almiron penalty gave Paraguay a second victory in three matches.

With one match left, Argentina, Paraguay and Uruguay can still win Group A, while Brazil, who controversially beat Ecuador 2-1 on Wednesday, have already wrapped up top spot in Group B.

Colombia have also qualified for the quarter-finals but one of Peru, Ecuador and Venezuela will miss out.

Uruguay thoroughly deserved their first victory of this year’s tournament as they dominated throughout in Cuiaba, registering 22 shots to Bolivia’s four.

“Bolivia didn’t have any clear chances so we’re happy. It’s nothing to celebrate but we’re satisfied with the way we played and controled the match.”

Uruguay’s star veterans Cavani and Suarez -- the two most prolific forwards in Uruguay’s history -- were a menace to the Bolivian backline throughout the match, even if they didn’t always have their shooting boots on.

At one point, the pair somehow contrived to make a mess of two-on-one situation, delaying shooting opportunities and allowing Lampe to come out and swat the ball off Cavani’s toes.

By then Uruguay’s Giorgian De Arrascaeta had fired over while Lampe had rushed out quickly to smother a Suarez effort.

Rodrigo Ramallo had Bolivia’s best first half chance, getting in behind the Uruguayan backline before fizzing a shot inches wide from an angle.

Suarez hit the side-netting with a header and Lampe dived full stretch to tip his freekick around the post.

In between, Uruguay took the lead as De Arrascaeta crossed from the right and a sliding Jairo Quinteros, in trying to prevent either of the veteran forwards converting a simple tap-in, deflected the ball off Lampe and into his own net on 40 minutes.

Lampe was in the thick of things after the break, making a reaction save from Cavani’s poke from seven yards, tipping a fierce drive from Rodrigo Betancur over the bar, and scampering backwards to parry a Suarez lob from close to halfway.

His opposite number, Fernando Muslera was rarely called into action but he did have to tip a long-range strike from Ramiro Vaca over the woodwork.

Having earlier header over when well placed, Manchester United’s Cavani finally ended Bolivia’s resistance 11 minutes from time, converting a cross from Facundo Torres, who put in a lively cameo off the bench, twice firing narrowly wide.

In Brasilia, Samudio rose above two defenders to power a header from Almiron’s corner into the top corner on 33 minutes, leaving goalkeeper Claudio Bravo rooted to his line.

Chile’s hopes of getting back into the match suffered a blow when Gary Medel was penalized for clambering all over Carlos Gonzalez in the box, allowing Almiron to send goalkeeper Claudio Bravo the wrong way from the penalty spot on 58 minutes.

Moments later it looked as if Paraguay would have a second penalty when Pablo Galdames appeared to rugby tackle Almiron, but incredibly it wasn’t given, even after a VAR check. 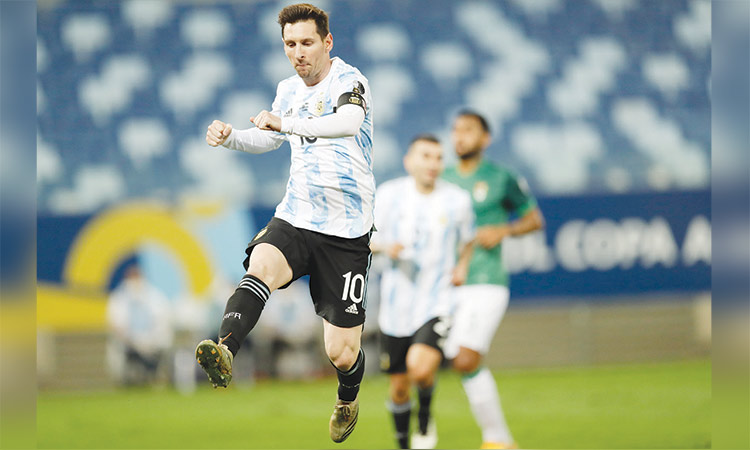 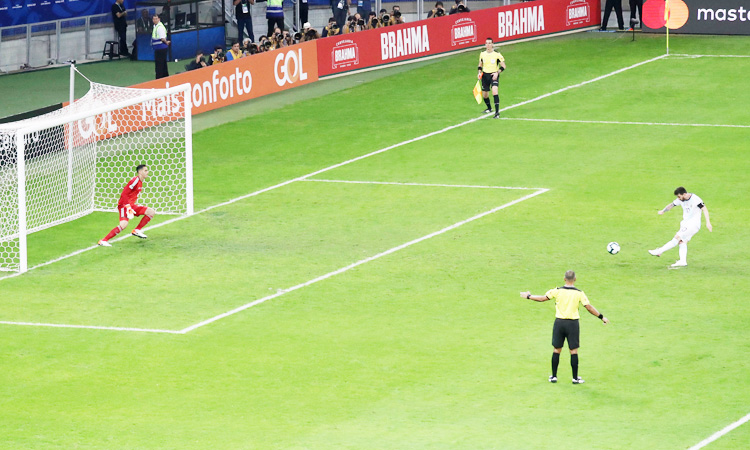 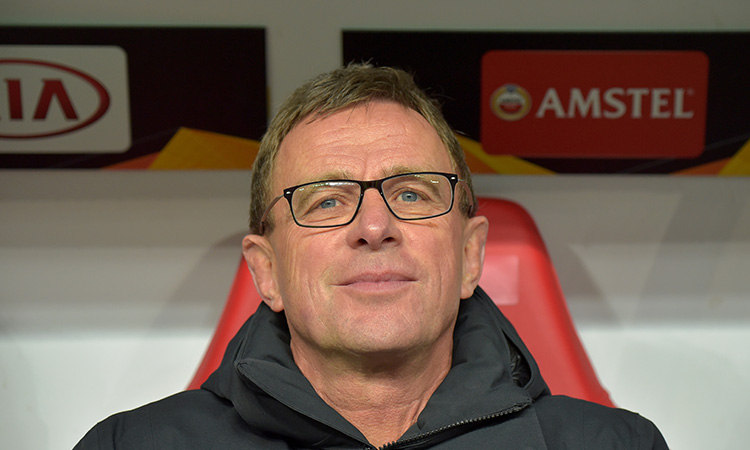