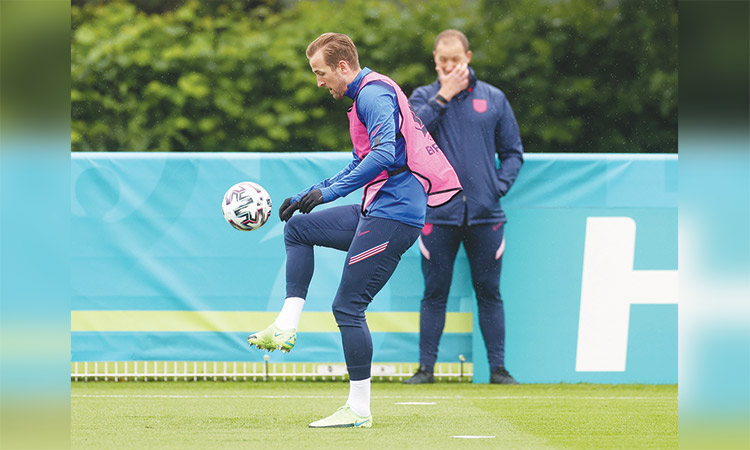 Manchester City have made a bid of 100 million pounds (138 million dollars) to Tottenham Hotspur for England captain Harry Kane, according to reports on Monday.

Kane, 27, has publicly expressed his desire to add trophies to his excellent goalscoring record and is believed to be keen on a move away from his boyhood club this summer.

Sky Sports reported that Spurs are expected to reject the bid with Tottenham chairman Daniel Levy holding out for at least 120 million pounds for his prized asset.

Despite Kane winning the Golden Boot for top goalscorer and top assist provider last season, Spurs finished seventh in the Premier League and missed the Champions League for the second consecutive season.

By contrast, City claimed a third Premier League title in four seasons, but missed out on the club’s first ever Champions League by losing 1-0 in the final to Chelsea.

The English champions are looking for a replacement for all-time top goalscorer Sergio Aguero, who has left City after 10 years to join Barcelona.

Kane is yet to win any major trophy for a club or country.

He is hoping to change that next month at Euro 2020, but his tournament has got off to a slow start.

Gareth Southgate has substituted his skipper in both matches, against Croatia and Scotland, and Kane has failed to score.

“I know there will be a lot of questions being asked about him at the moment but he has been through that 100 times before,” Southgate said on Sunday.

“I have answered that several times in the past and he has come up with the goals that have won us the next games and I expect that to be the same moving forward.”

England defender Kieran Trippier insists Kane will silence the critics after the striker’s frustrating start to the tournament sparked calls for him to be dropped.

Atletico Madrid right-back Trippier played with Kane for several years at Tottenham and is sure he will get back on track soon.

“Harry has had an unbelievable season with Spurs. He is working hard in training and it is about getting the chances to him.

“With Harry, he works so hard for the team and people might not recognise what he does off the ball.

“He is our captain, our leader, a big player for us and we just need to create chances for him to score goals. We need to get him on the end of chances.”

Manchester City will open the Premier League season with a trip to Tottenham as part of a tough start to the champions’ title defence.

The league’s 2021-22 schedule threw up the intriguing prospect of Tottenham striker Kane playing in the opening round on Aug.14 against his current team.

Kane’s future is likely to be decided after the European Championship.

City also has been scheduled to play Arsenal, Leicester, Chelsea and Liverpool in its first seven games of the season, with the first Manchester derby against United not coming until the 11th round in the opening weekend of November. Pep Guardiola’s team won the league by 12 points last season ahead of United, which opens their campaign against fierce rival Leeds at Old Trafford.

Elsewhere on the opening weekend, Brentford begin life back in the top flight for the first time in 75 years with a London derby at home to Arsenal, while Norwich host Liverpool on its return to the Premier League.

Chelsea is at home to Crystal Palace, which is currently without a manager while another team looking for a new manager, Everton, hosts Southampton. 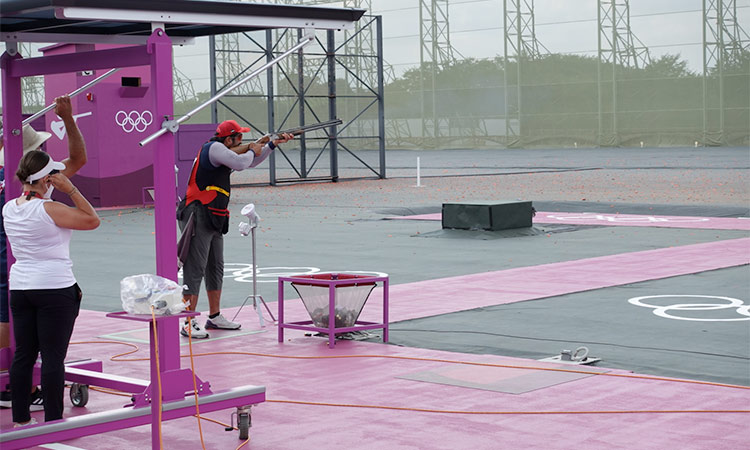 Ace shooter Saif Bin Futtais will kick off the UAE medal hunt at the Olympic Games on Sunday, when he competes in the skeet competition at the Asaka Shooting Range.