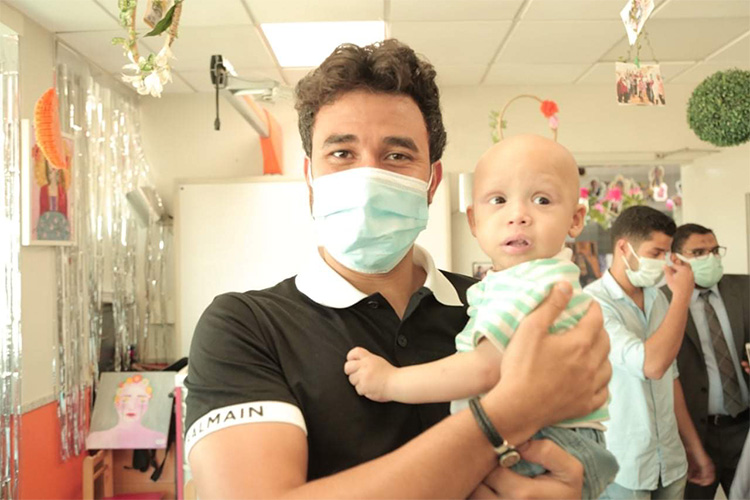 Trézéguet holds a baby in the hospital.

Egyptian national footballer Trézéguet has donated his prize winnings of USD $20,000 to a children’s hospital in Cairo after coming out on top against Moroccan football star Achraf Hakimi in an online Garena Free Fire competition for charity recently.

As a gesture of goodwill, Trézéguet, who plays for Aston Villa in the English Premier League, donated the amount to The Children’s Cancer Hospital Egypt 57357 (CCHE). Trézéguet personally chose the hospital, which treats children who have been diagnosed with cancer. 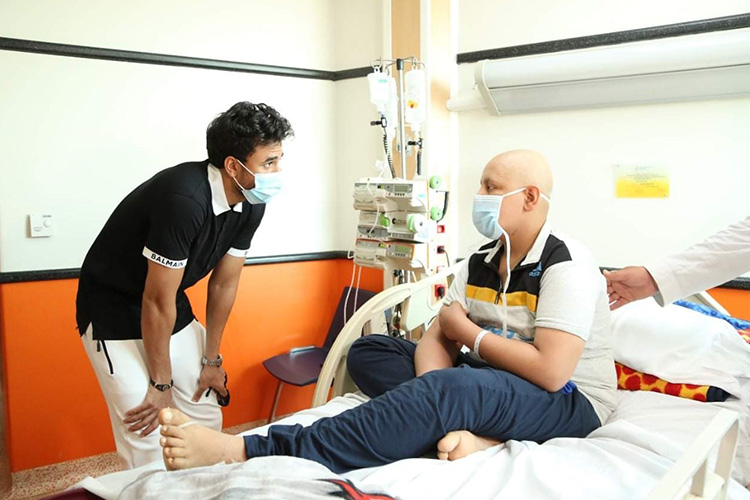 Trézéguet visits patients at the hospital.

During the hospital visit he spent considerable time with the children and engaged with them in different games and activities.

Trézéguet said: "This visit has been so rewarding personally. When you come here and see smiles on the faces of the children, that is what really matters. You see what they are going through and they keep fighting with their families, and with the help of the people in the hospital they can recover stronger." 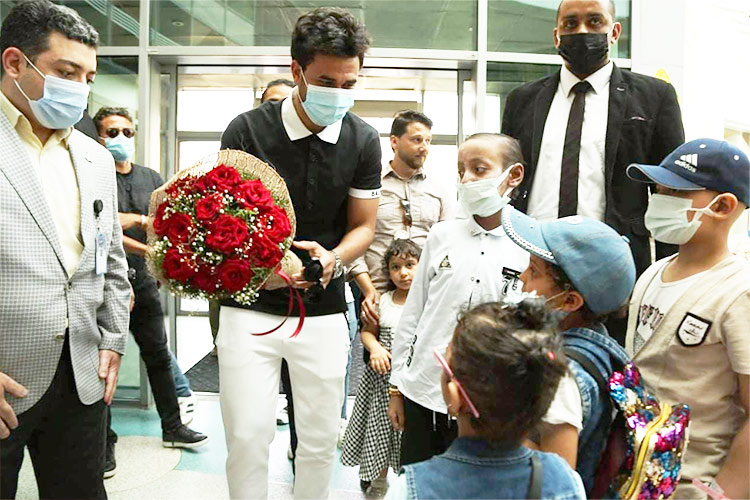 Having opened in 2007, CCHE has established itself as one of the most prominent medical institutions in the Middle East and North Africa (MENA) region. Built and operated by donations that have been received, CCHE provides exceptional family centered quality care and plays a central role in helping give children a chance of beating cancer with its free treatment services.

Trézéguet added: "As someone from Egypt, the work done by The Children’s Cancer Hospital Egypt is very close to my heart. They play a vital role in treating children diagnosed with cancer. Donations of all sizes have been crucial in assisting the young patients, and I am humbled to be able to offer this donation to them. I would also like to thank Garena Free Fire for this opportunity to raise awareness about the great work by the hospital.”