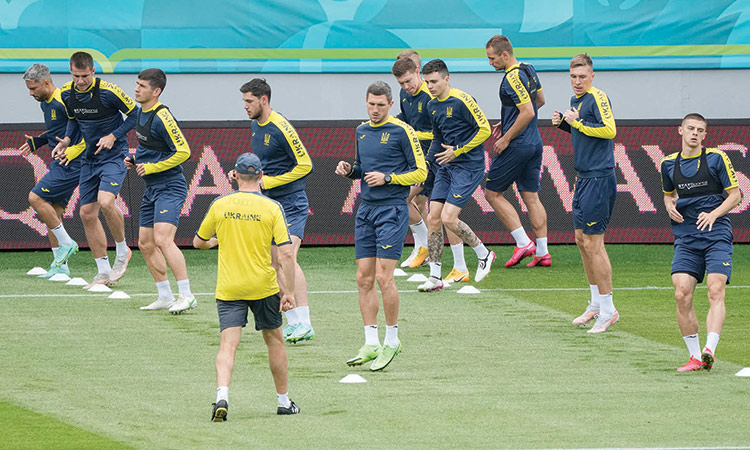 Ukraine players warm up during the team’s training session in Bucharest on Wednesday. Associated Press

Both Ukraine and North Macedonia conceded late goals in their opening matches at the European Championship, and both lost because of them.

The teams will next play each other at Euro 2020 on Thursday, knowing another loss just might end their chances of advancement.

The top two teams in each of the six groups advance to the round of 16, along with the four best third-place teams. Ukraine managed to recover from two goals down against the Netherlands in Amsterdam on Sunday, but Denzel Dumfries headed in an 85th-minute winner for the Dutch.

“We come back after 2-0 down and it’s so frustrating to lose a game in the last minutes,” said Ukraine captain Andriy Yarmolenko, who scored one of his team’s goals.

“We have two more games to go and we will still play with the same energy,” he said. “If we (advance), then it will be great.”

North Macedonia, one of the two tournament newcomers at Euro 2020 along with Finland, had been holding Austria to a 1-1 scoreline before substitutes Michael Gregoritsch and Marko Arnautovic scored a goal each in the waning minutes at the National Arena in Bucharest on Sunday. That gave Austria their first ever victory at the continental championship.

Arnautovic has been given a one-game ban for insulting a North Macedonia player during that match, UEFA said on Wednesday.

UEFA said Arnautovic had been punished for ‘insulting another player’ and the 32-year-old will miss his side’s match against the Netherlands in Amsterdam on Thursday as a result.

North Macedonia captain Goran Pandev, who scored his 38th international goal in the match, said even a loss at a major tournament can help his team grow.

“It was a great experience for us as a first match at this kind of tournament. I think we played an excellent 80 minutes,” Pandev said. “We needed to take advantage of our few counterattacks and we didn’t. In the end, that is football.”

Neither Ukraine nor North Macedonia would have been considered favorites in their opening games, but both were in good form ahead of the tournament.

Sunday’s loss was the first for Ukraine in seven matches this year, while North Macedonia recorded eight wins and only three losses in its last 15 games - including a shock away win over Germany in World Cup qualifying in March.

Ukraine is appearing in its third European Championship, including co-hosting the event in 2012, but has only won one match and has never progressed out of the group stage.

Ukraine’s yellow-and-blue jerseys for Euro 2020 enraged Russia because they featured an outline of the country’s territory showing the Crimean Peninsula, which Russia annexed in 2014.

UEFA has allowed the map to remain - since Russia’s annexation is viewed as illegal under international law - but the slogan “Glory to the heroes” was removed because it was determined to be “clearly political in nature, having historic and militaristic significance.” 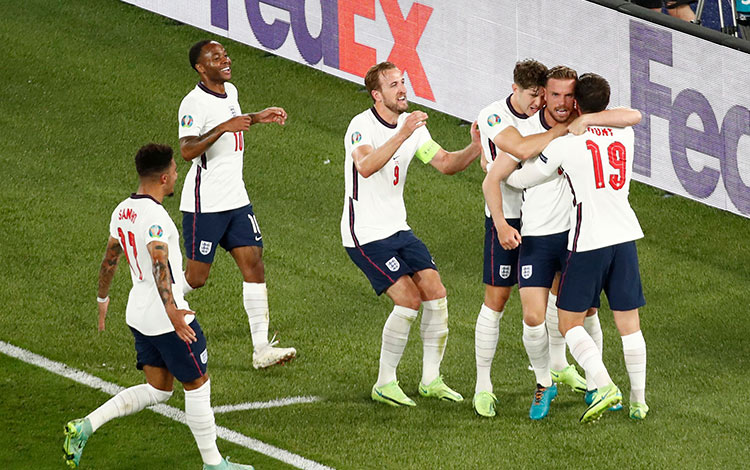 Kane broke the deadlock as early as in the fourth minute to put England 1-0 ahead. He picked up a pass from Raheem Sterling and slotted home the opener to the left side of the goal. 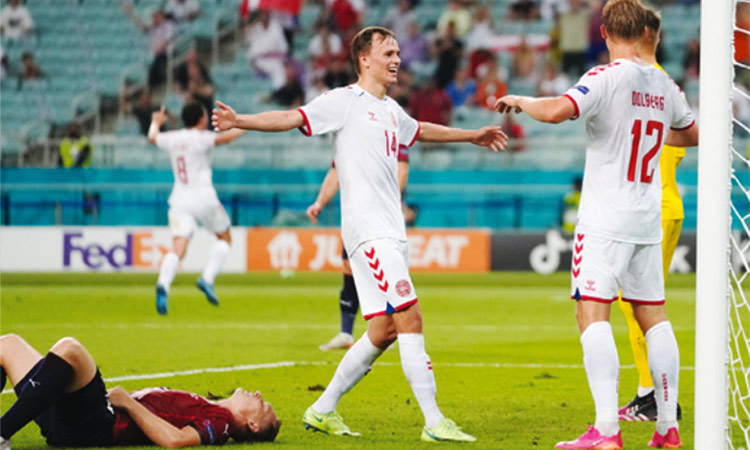 However, it is also being speculated that his decision might have been prompted by the Euro heartbreak. He had led the team in the group stage games but could not play in the round of 16 match against Netherlands due to an injury, which forced him out. 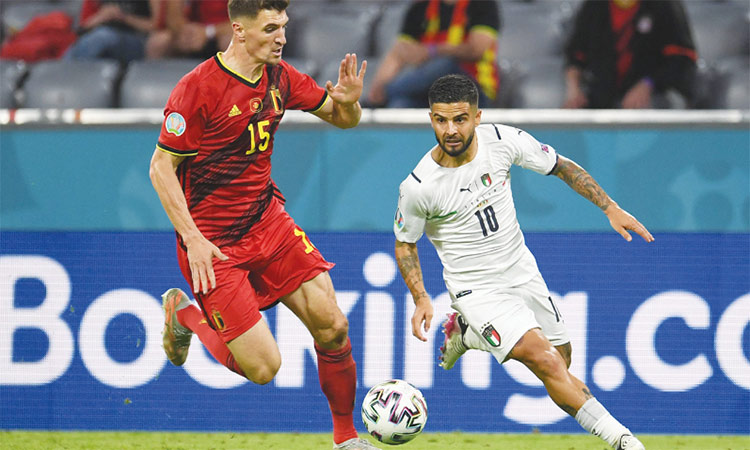