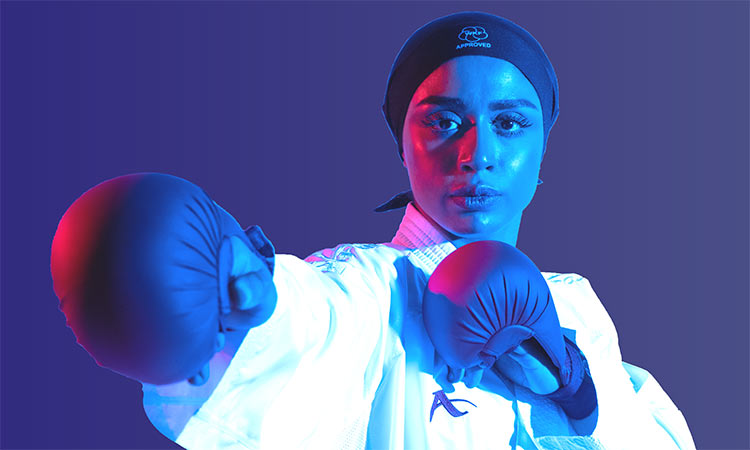 Paris will host the Karate Olympic qualification tournament from June 11 to 13. This will be the last chance to qualify for the hopefuls of the Tokyo Olympic Games.

The event will take place at the Pierre de Coubertin sports hall in Paris. One of the most advanced sports halls in the world and with a capacity for 15,000 spectators, the arena formerly known as Paris-Bercy will be the perfect stage for the most important karate event of the year before the Olympic Games.

In total 24 slots will be up for grabs in Paris. Battling for a place at the Olympics since 1970, karate will make its first appearance at the Tokyo Olympics 2020.

The top three athletes at the end of the event in each one of the eight categories will qualify for the Olympic Games. It is expected that around 800 athletes from all over the world will compete for the Olympic qualification.

Due to the ongoing COVID-19, the event will be held under health and safety protocols set by the World Karate Federation (WKF) in line with the local coronavirus guidelines.

The UAE Karate Federation invited Ajami to join the national team to participate in a number of major international championships including the Olympics Karate qualification tournament.

Ajami sounded confident ahead of her departure to France. She said there were a number of international tournaments in which the club could participate. The karate team will also be gearing up for the Dubai Karate World Championship. The Dubai Karate World Championships will take place from Nov.16-21. Last year, the World Karate Federation pushed it to next year due to the coronavirus pandemic.

Ajami said the UAE team is optimistic on the Dubai Karate World Championships. “The Sharjah Women’s Sports Club, in cooperation with the UAE Karate Federation headed by Major General Nasser Abdul Razzaq Al Razooqi, are exerting great efforts to step up the game.”

Speaking about her participation at the recently held Portuguese Karate Championship, she said: “It was a perfect opportunity to gain valuable experience and get exposure.”

Hind Al Hosani, head of the Talent Discovery at the Sharjah Women’s Sports Club and Care Division, said Hawraa has the potential to reach the top. “We have strategic plans to promote and nurture talent like Hawra and other players of the club.”

Established in November 2016, SWSF is chaired by Her Highness Sheikha Jawaher Bint Mohammed Al Qasimi, wife of the Ruler of Sharjah and Chairperson of the Supreme Council for Family Affairs, assisted by an advisory committee composed of highly qualified experts in women’s sport.  The foundation aims to serve the sports sector in general, and contribute to elevating women’s sports in the UAE and Sharjah in particular.

SWSF seeks to highlight achievements by Emirati women in regional and international forums. The foundation adopts a strategy that aims to raise the community awareness about the importance of women in sports. It strives to empower national women athletes and develop human capital in the field of women’s sport. It also seeks to create a talented generation of women leaders in the field of sport, encourage women’s participation in different sports, promote sports culture and provide a stimulating environment that contributes to elevating women’s sports through integrated and modern administrative systems according to the best international practices.