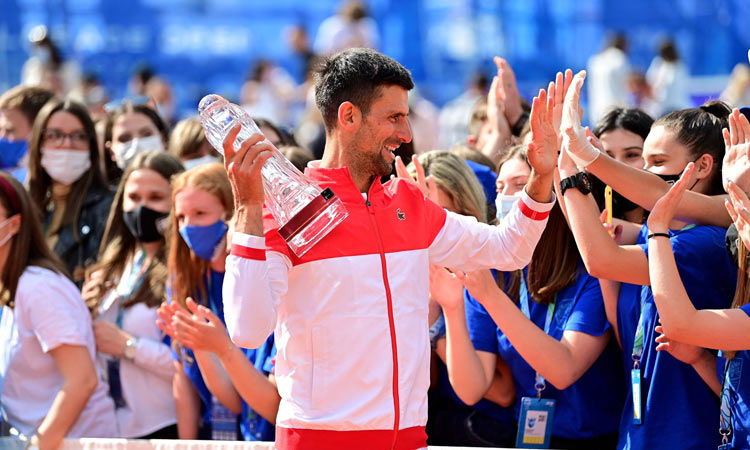 Novak Djokovic claps hands with volunteers after the final match against Slovakia Alex Molcan at the Belgrade Open tennis tournament in Belgrade on Saturday. AFP

A 14th title in Paris for Nadal would take him to a record-setting 21st major, surpassing the mark he shares with Roger Federer who has already written off his hopes of adding to his lone success in the French capital back in 2009. Djokovic, the champion in 2016, can move to 19 Grand Slam titles with victory.

That would make the world number one the first man in over half a century to win all four majors on multiple occasions.

Only one of the sport’s ‘Big Three’ will make the June 13 final after the draw placed top seed Djokovic, third seed Nadal and eighth-seeded Federer in the same half of the draw.

That means Djokovic is scheduled to face Federer in the quarter-finals before a potential semi-final blockbuster with Nadal. 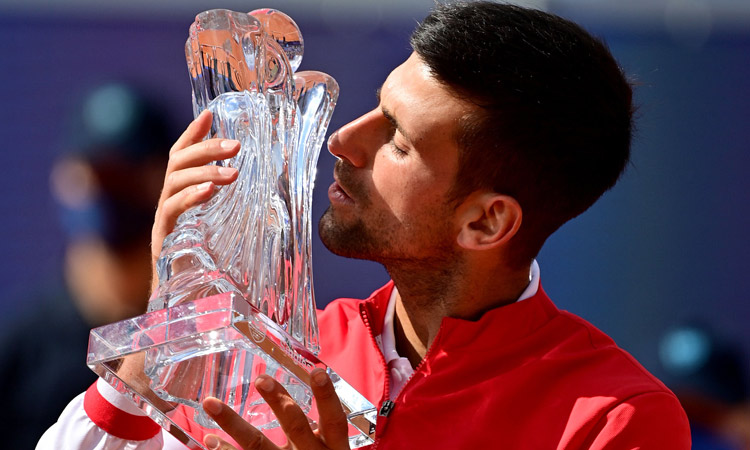 “I see it as completely normal. I’m not worried about it. I have a lot of work in front of me to play a potential match versus Djokovic,” said Nadal, who has already won clay court titles this season in Barcelona and Rome.

At last year’s delayed Roland Garros, Nadal swept past Djokovic in straight sets in the final.

It was Nadal’s 100th win at the tournament against just two losses since his 2005 title-winning debut.

Nadal, who defeated Djokovic in the Rome final, starts his campaign against Alexei Popyrin of Australia, the world number 62.

Giving Djokovic hope, however, is the knowledge that he was responsible for one of Nadal’s losses in Paris, in the 2015 quarter-finals.

He is also a four-time runner-up although three of those defeats in the championship match came against the Spaniard.

Only two men have previously managed to win all four of the Slams on more than one occasion -- Roy Emerson and Rod Laver of Australia. Laver’s achievement came back in 1969.

Djokovic tackles 66th-ranked Tennys Sandgren of the United States in his first round match while Federer, playing the tournament for the first time since 2019, begins against a qualifier.

Federer, with his 40th birthday fast approaching, remains the sentimental favourite but his priority will be an assault on Wimbledon where he has been champion eight times.

“I’m not so sure in the last 50 years of the French Open, somebody just rocks up at nearly 40 years old, being out for a year and a half, and wins everything straight,” said Federer after losing his only clay court match this year in Geneva last week.

Of the chasing pack, two-time runner-up Dominic Thiem is low on form and confidence.

A run to the Madrid semi-finals was followed by a straight sets defeat to Cameron Norrie in his Lyon opener.

World number two Daniil Medvedev has yet to win a match at Roland Garros in four attempts.

In Rome, he fell at the first hurdle and half-jokingly pleaded with the referee to disqualify him such is his dislike for clay.

World number five Stefanos Tsitsipas is the most likely man to upset the odds of Nadal or Djokovic again taking the title.

The 22-year-old Greek won the prestigious Monte Carlo clay court title in April, had match point before losing the Barcelona final to Nadal and then lifted the Lyon trophy.

He has beaten Nadal on clay in Madrid in 2019 and stretched Djokovic to five sets in the 2020 French Open semi-finals.

This year’s Roland Garros will be the second taking place under the shadow of the coronavirus.

For the first time this year, there will be nine evening sessions at the tournament.

However, a Covid-19 curfew from 9pm means that eight of those sessions will be played inside an empty Court Philippe Chatrier.

Meanwhile, Djokovic completed a succesful warm-up for the French Open when he beat Slovakian Alex Molcan 6-4, 6-3, on Saturday in the final of the ATP clay tournament in Belgrade.

Molcan, ranked 255 in the world, broke Djokovic’s serve three times from three break points in the first set, but struggled to hold his own.

Djokovic struggled with his first serve in the opening set, only managing to get 44 per cent in and winning just six points from them. He still took the set with his fourth break in the tenth game. 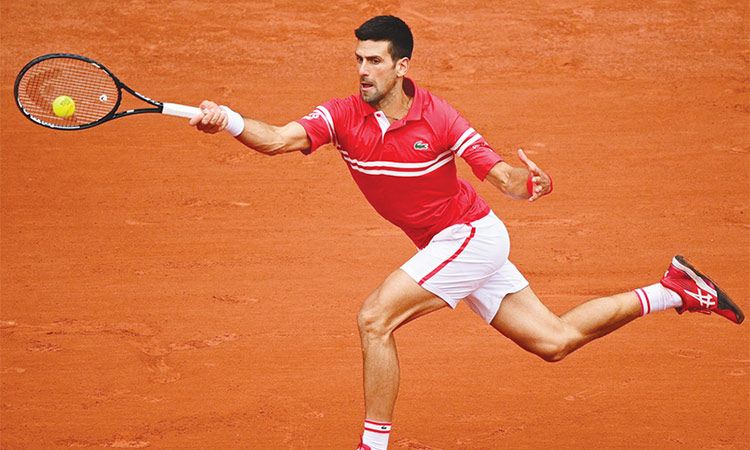 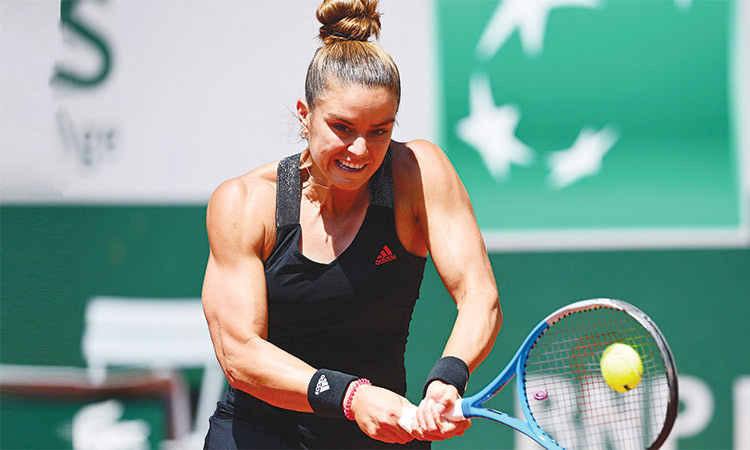 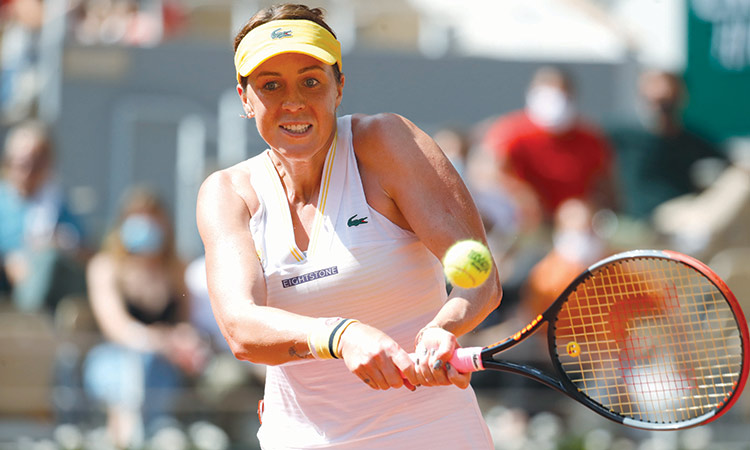