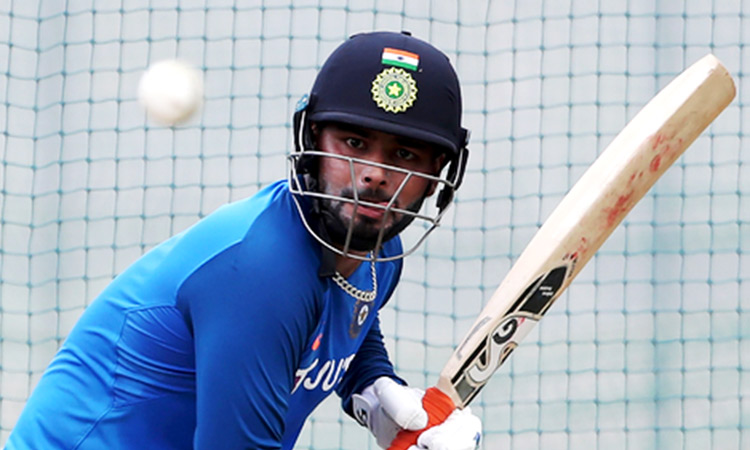 Wicketkeeper Wriddhiman Saha has said that Rishabh Pant should be India’s first-choice wicketkeeper in their upcoming Test matches in England, including the World Test Championship (WTC) final against New Zealand.

Saha was India’s first-choice wicketkeeper since 2014 after MS Dhoni retired from Test cricket until the emergence of Rishabh Pant.

Both players have been included in the squad that will travel to England for the WTC final and the subsequent five-match Test series.

“Rishabh Pant played the last few matches of the World Test Championship, he’s done well and he should be our first-choice keeper in England. I would just wait, and if any opportunity arises, I will give my best. I will keep practising for that one chance,” Saha told Sportskeeda.

“I try to be the same irrespective of the situation. Whether I am performing or not, I don’t see any change in myself, no idea if others around me spot anything different. We can only try to perform --sometimes it clicks, sometimes it doesn’t -- and the management takes the call based on all these parameters,” he said.

Saha was India’s first choice wicketkeeper in India even after Pant made his debut due to the latter’s inconsistency with the bat. Saha was also recognised as the better wicketkeeper. However, an injury had prevented Saha from participating in India’s Test series in Australia last year and Pant, ended up playing a central role in India’s series win.

Pant continued his form with the bat across formats in subsequent matches and is thus tipped to be India’s wicketkeeper in the upcoming tour of England.

“Practice remains the same, irrespective of whether I am playing or not. I always try to improve, but yes, there is a huge gulf between a practice session and a professional match. It ultimately boils down to who delivers on the bigger stage,” said Saha.

Early stay in Southampton gives NZ advantage, says Southee: Meanwhile, New Zealand pace bowler Tim Southee said that arrival in Southampton early to undergo quarantine and training will help Kiwis get acclimatised for the WTC final against India especially since they will be staying in the same rooms and using same facilities on return from the two-Test series against England.

New Zealand play two Test matches against England from June 2 to June 14. It will be followed by the WTC final against India from June 18 to 22 here.

“It’s nice to be here (Rose Bowl). The guys can familiarise themselves. We’ll probably be in the same room when we come back,” said Southee.

“When you come back for the final, you’re a little bit more comfortable having spent some time here and use the facilities and hopefully can get out and make the most of that later in the squad game in the middle,” he added.

“It is something that the team doesn’t get to do that often. We’ve come off a bit of a break, which has been nice, and we’ve been able to get some conditioning into our bodies.”

He added that the next two weeks leading up to the Test series against England will be spent in preparation.

“We will using the next couple of weeks to get ourselves prepared and ready to play three Test matches. They are in quick succession but we have had a chance to prepare physically leading into this with some strength and conditioning stuff. Now, it’s just getting our loads to a point over the coming weeks so that we can rock on to those three Test matches,” he said.

BCCI has not officially requested for any change in Test series schedule, says ECB: The England and Wales cricket Board says there has been “no official request” from India to move the dates of the five-Test series due to take place in August and September.

It follows reports that alterations to the schedule have been broached on an informal basis. The postponement of the IPL as a result of the country’s coronavirus crisis has created a fixture crunch, with 31 highly lucrative matches still to be played and little time in the calendar to stage them.

Reports in the Indian press suggested officials at the Board of Control for cricket in India had considered bringing forward their series in England, which is due to begin on August 4 and end on September 14 to create a viable window.

“We talk to the BCCI on a regular basis about a wide range of issues especially as we address the challenges of Covid-19, but have had no official request to change dates and are continuing to plan for the five Test series as is scheduled,” said an ECB spokesman.

Moving the series would create difficulties for the host venues and fans, who were shut out in 2020. It could also clash with the launch of The Hundred competition.