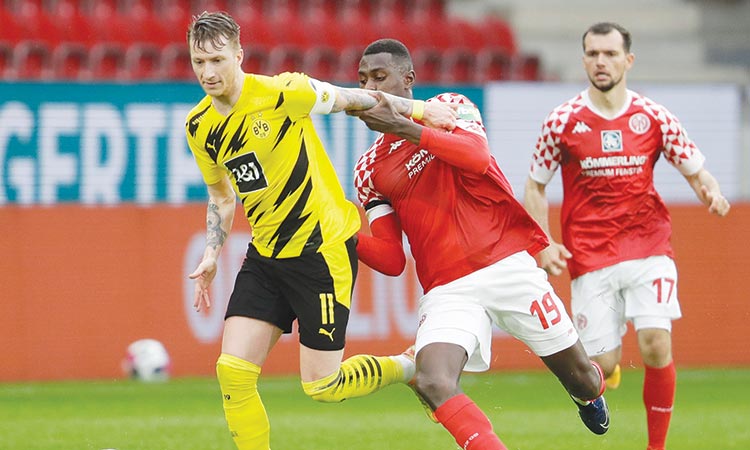 Borussia Dortmund secured their place in the Champions League for next season as Raphael Guerreiro, Marco Reus and Julian Brandt scored in a 3-1 win at Mainz on Sunday.

Three days after routing Leipzig 4-1 to win the German Cup final, Dortmund swept aside Mainz in the league.

Guerreiro and captain Reus hit first-half goals before Germany winger Brandt made sure of the three points with a late effort.

Qualifying for Europe caps a remarkable turnaround by Dortmund in the last six weeks.

They were fifth and seven points from the Champions League places after losing 2-1 to Eintracht Frankfurt in early April.

Dortmund have since won all six league games to guarantee a place next season in the group stages of the Champions League.

Dortmund’s purple patch has extended to the German Cup, winning Thursday’s final after Jadon Sancho and Erling Braut Haaland both scored twice in Berlin. Qualifying for Europe also reduces the chance of star striker Haaland leaving at the end of the season. The 20-year-old has made no secret of the fact he wants Champions League football and his agent Mino Raiola has recently fuelled speculation the Norwegian could leave.

Haaland has a contract until 2024, but there is reportedly a release clause which becomes active in 2022.

Dortmund are adamant he is staying, with sports director Michael Zorc insisting Haaland “will play for us next season” before kick-off Sunday.

In their previous home game, Mainz pulled off a shock 2-1 win over Bayern Munich but Dortmund allowed no such repeat.

Dortmund took the lead when Guerreiro unleashed an unstoppable shot from the edge of the area on 23 minutes.

The visitors kept up the pressure and Dortmund had appeals for a handball turned down when a Reus flick caught the hand of Mainz defender Alexander Hack.

Reus got on the scoresheet when Sancho ghosted past defenders and squared the ball for his captain to tap home three minutes from the break.

There was a ten-minute delay to the second-half after a storm drenched the Mainz pitch, but Dortmund picked up where they left off.

Just after coming on, Brandt fired home having combined with Haaland after the pair opened up the Mainz defence ten minutes from the whistle.

There was still time for Quaison to put away his 30th Bundesliga goal from the penalty spot to become his club’s all-time top scorer in Germany’s top flight. 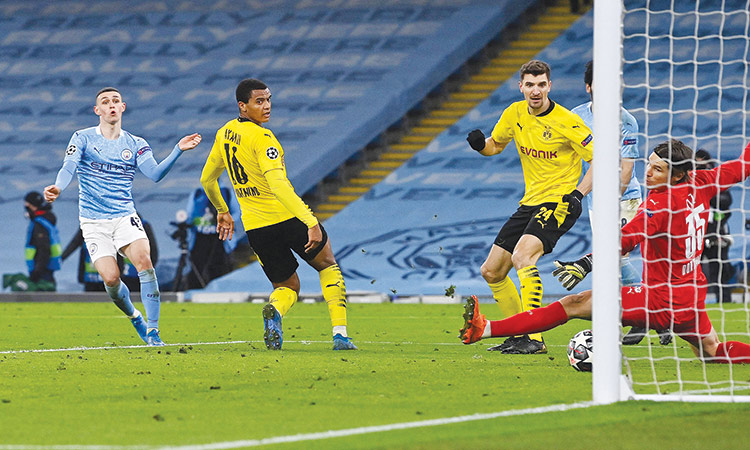 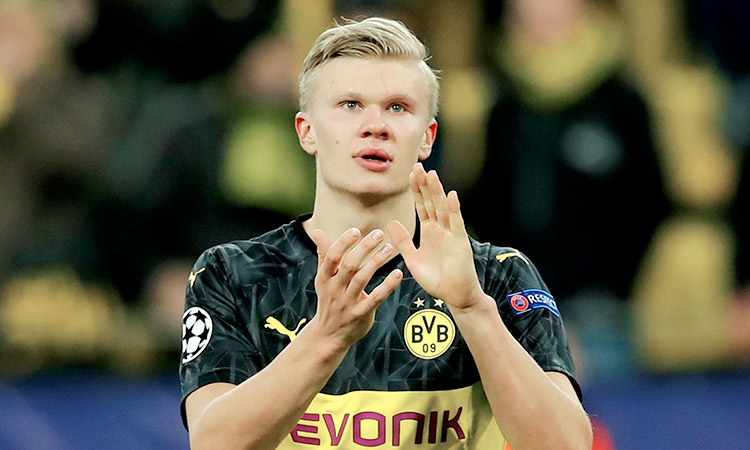