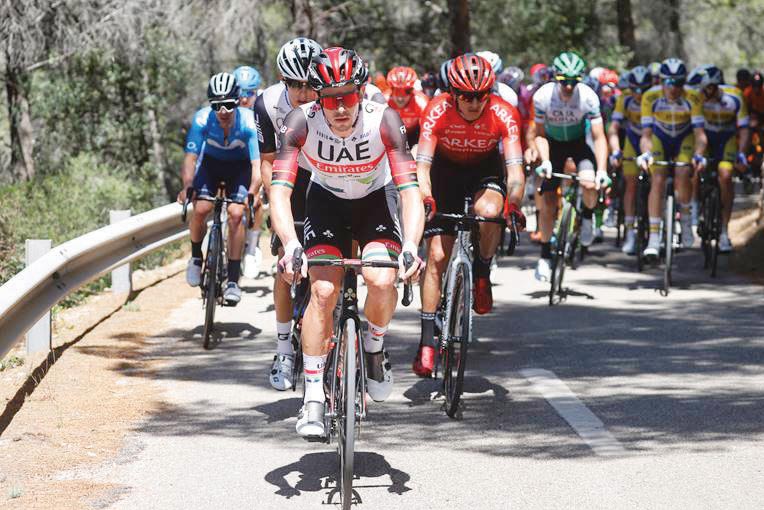 After a difficult day for UAE Team Emirates at the Giro d’Italia, which saw Joe Dombrowski retire from the race after suffering a concussion in a crash on stage 5, Ryan Gibbons boosted the squad’s morale by clinching victory at Trofeo Calvia, part of the four-day Challenge Mallorca series.

Gibbons put in a heroic effort with a long-range attack that ended with him holding on to win a two-man sprint after 168.7km in the saddle.

In what was a tough day featuring 3,400 metres of climbing, Gibbons set out on the attack with 70km to go in a group of seven riders, which was whittled down to just two, with Anthony Delaplace (Arkea-Samsic) the other member of the remaining breakaway.

The African Continental Champion outpaced the Frenchman in the final dash to the line, lifting his arms in celebration, with the main group a further 41’’ behind the pair.

Gibbons: “I’m really thrilled with this victory. I started the race very aggressively and made sure I got in the move along with Sven Erik Bystrom who was also attacking all day. After about 70-80km I slipped away in a group of seven riders and then two of us.

“It was a really tough day and I was definitely feeling it in the legs at the end, but I knew when it came down to a two-up sprint I had a good chance. I’m very grateful to get the win. We have three more races here in Mallorca this week, so we’re really motivated to do well in them all,” he added.

Alaphilippe is scheduled to race the Tour de France which ends July 18, just a week before the Olympic road racers tackle the slopes of Mount Fuji.

“After giving it a lot of thought, I have decided, after agreeing with the national coach and my Deceuninck-Quick Step team, not to make myself available for selection for the upcoming Tokyo Olympics,” Alaphilippe wrote on Instagram.

“It’s a personal decision, one I carefully thought out,” said Alaphilippe, whose partner is expecting the couple’s first child.

Alaphilippe has been in good form in the one-day classic races this year, winning his third La Fleche Wallonne title and placing second at Liege-Bastogne-Liege. He’s expected to return to Belgium to defend his world title in September.

The Olympic route might better suit the strengths of French climb specialist Romain Bardet, while Allaphilippe’s Belgian team-mate at Deceuninck Quick Step Remco Evenepoel is also tipped to do well in Tokyo.

“I’ll be happy to wear the French colours at the world championships,” Alaphilippe said of the event scheduled for Flanders in September.

Alaphilippe’s last race of the season was the Tour of Flanders. He was in the leading group of three riders which had made the decisive winning move of the race when he crashed into a race motorbike with 35 kilometers to go and abandoned the race after receiving roadside medical attention. His team later reported that he had broken two bones in his right hand.[52]

Alaphilippe’s road career began in 2012, riding with amateur team Armee de Terre. During that season, he impressed at the Tour de Bretagne, where he came close to cracking the top 10, and finished second overall and won a stage in the Coupe des nations Ville Saguenay, a UCI America Tour 2.2 event. 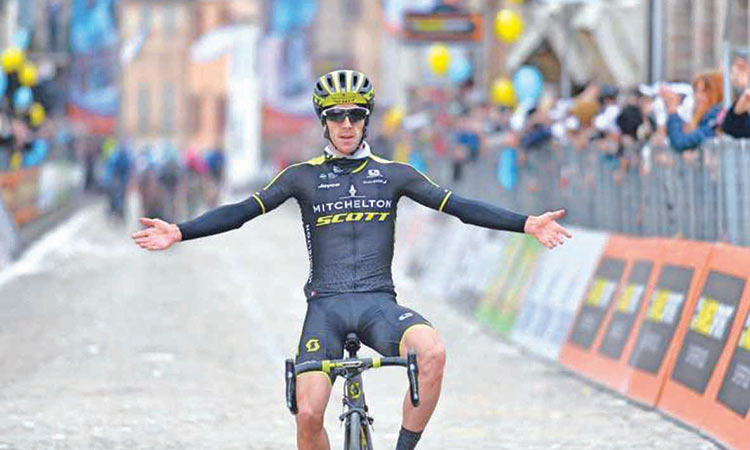