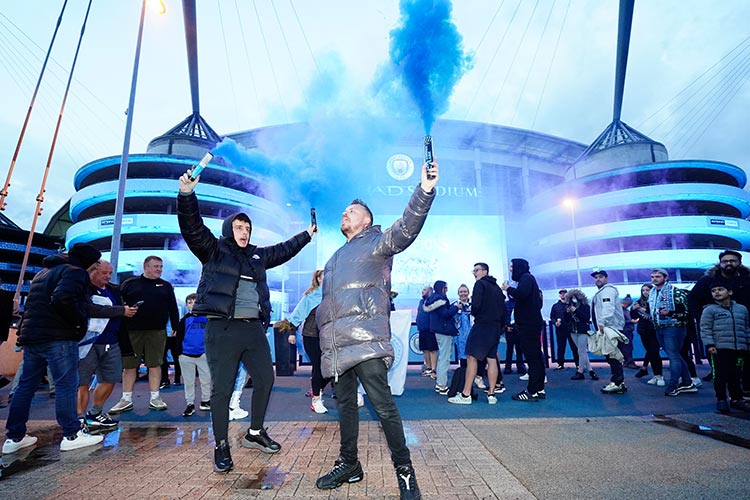 City won the title by the virtue of Manchester United’s loss to Leicester City on Tuesday. City have an unassailable lead of 10 points with just three round remaining.

City could have sealed the title had they defeated Chelsea in their last round match. Manchester United need to beat Foxes to keep their hopes alive.

This is City’s fifth title in ten years under the ownership of Sheikh Mansour. He took to twitter to congratulate newly-crowned champions.

“I congratulate the fans of Manchester City club in England and all the countries of the world, who stood behind the team throughout their journey in a difficult season due to the Corona pandemic.

“I also thank the management, players, team coach and all the club's staff for winning the Premier League, wishing that this wonderful achievement will be a catalyst for more titles.” City exuded a brilliant run of form after a lukewarm start to the season, which put them on the top of the standings.

City, who were chasing treble, have already ticked two boxes by winning Premier League and fourth consecutive League Cup titles with an all-English Champions League final slated to be held on May 29.