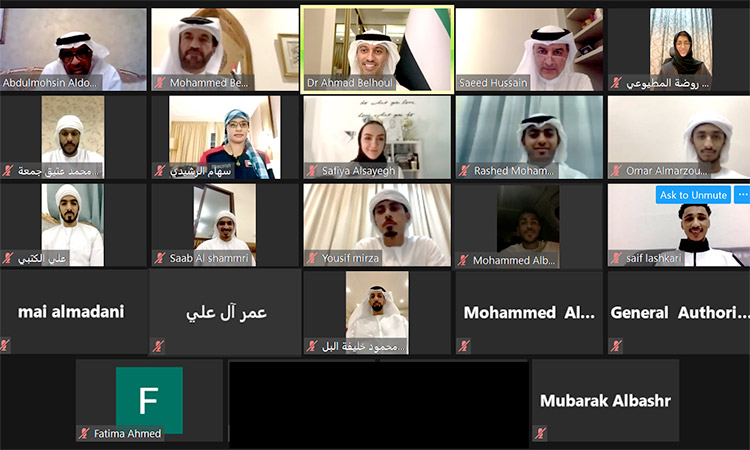 Ahmad Belhoul Al Falasi speaks with officials and athletes during a virtual meet.

“A new phase of sports and athletics has begun in the UAE,” asserted Ahmad Belhoul Al Falasi, Minister of State for Entrepreneurship and SMEs, Chairman of the General Authority of Sports, as he met with accomplished young athletes from various sports to explore the challenges they face, as well as ways to overcome them.

“This new stage reflects the UAE leadership’s directives to steer our efforts towards taking the entire sports ecosystem in the country to a new level, where we collaborate with all stakeholders, including young champions,” he added.

The meeting was part of the ‘Future of Sports’ Dialogue initiative, launched recently by the General Authority of Sports. Attendee’s explored ways to empower young athletes, determine the challenges standing in their way, and outline a calculated approach for the stages ahead.

Falasi opened the meeting with a welcome note, applauding the young champions on their achievements, and stressing their critical role in promoting the UAE and building its reputation. “The country’s leadership is committed to empowering Emirati youth – the most valuable resource we have to drive sustainable development and accomplish our goals for the UAE over the next 50 years,” H.E. noted.

Falasi explained that the General Authority of Sports is set to work with relevant authorities to launch programmes to scout athletic talent from a young age. In parallel, sweeping developments and renovation of sports facilities will be set in motion to help create an environment that allows these talents to progress.

Close collaboration between the General Authority of Sports and the entities represented in the Sports Coordination Council is of utmost importance, Falasi asserted. The council brings together the ministries of interior, education, health and prevention, foreign affairs and international cooperation, and culture and youth.

The participating athletes joined the conversation displaying a great sense of national responsibility and awareness of what it means for them to carry their country’s name. They spoke openly and transparently about the challenges they face that make it difficult for them to excel at the championships they compete in, most notably the lack of facilities and stadiums to train for certain sports, obstacles to being full-time athletes, and lack of media buzz where coverage focuses only on specific sports such as football.

Attendees also made clear that Emirati athletes now aspire to more than participating in regional competitions, setting their sights on continental championships. The meeting brought up the issue of clubs cancelling certain sports, which negatively affected their popularity and made them less appealing to children and youth.

“Throughout my previous meetings with stakeholders in the sector, I sensed a real desire for meaningful change in sports that mirror the tremendous achievements the UAE has made in other industries, climbing to the top of global competitiveness indexes,” Falasi said.

“Everyone is keen to draw from past experiences and outline a new roadmap for sports that aligns with our plans for the UAE’s 50th anniversary. We need to clearly define roles, set goals, and develop accountability procedures to always make sure we are working on solid foundations. Our goal is to ensure continuity, make champions, and help the UAE make its mark in every major competition.

“We are here to support anyone who aspires for a seat at the table in international organisations. We must re-examine certain practices and ensure their agility in order to meet the rapid developments taking place around the world – and in sports, in particular – paving the way for more accomplishments.”

The General Authority of Sports launched the ‘Future of Sports’ Dialogue in an effort to boost collaboration among sports federations and organisations, bringing together stakeholders from across the local sports sector. The Dialogue consists of a series of events that gather stakeholders from the industry, including interactive discussions, field visits, workshops, coordination meetings, brainstorming sessions, and other various activities.

Sheikh Khalifa ordered the disbursement of a grant worth Dhs24,392,473 to athletes who accomplished sporting achievements in 2019, benefitting 680 athletes from 29 federations. 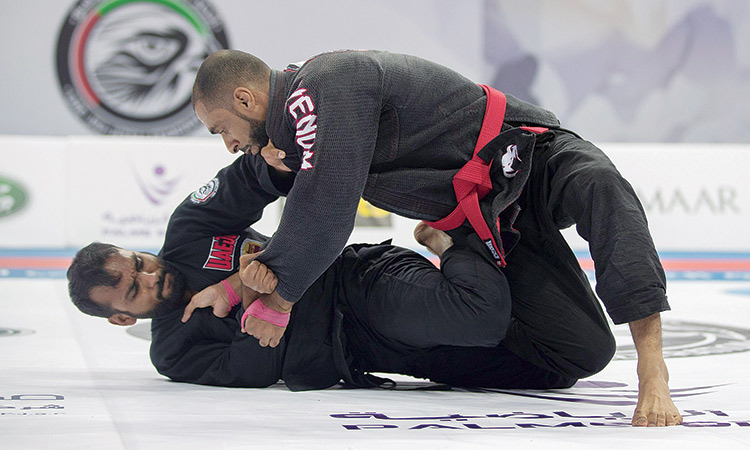 ABU DHABI: Professional jiu-jitsu athletes from around the world will gather in the northern emirates this weekend for the 6th edition of the Fujairah International Pro Jiu-Jitsu Championship, 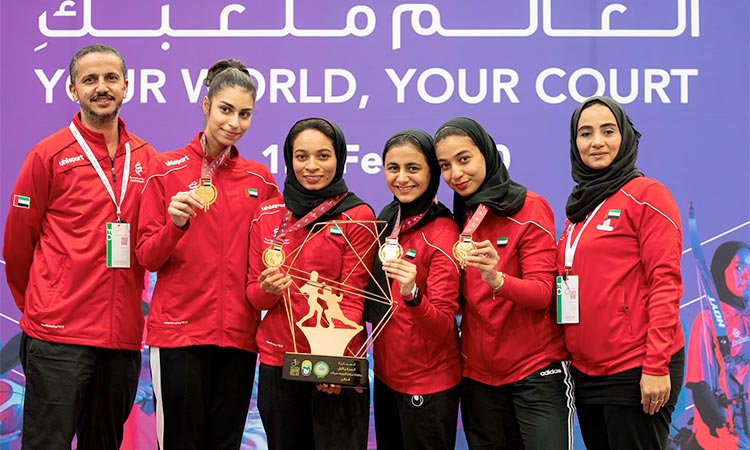 As the fifth Arab Women Sports Tournament (AWST 2020) is nearing its end, UAE sportswomen have brought more glory to their nation with stellar performances in fencing