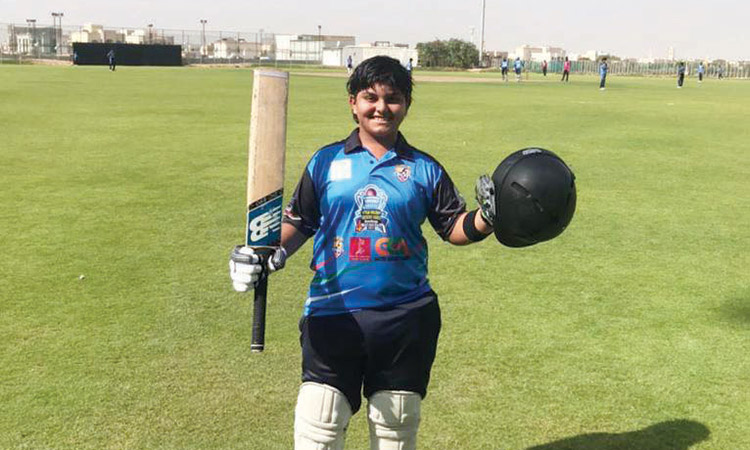 Nothing epitomises the adage — like father, like son — better than former UAE cricket captain Mohammad Tauqir and his son Omar Tauqir’s passion for the cricket.

Cricket runs through their blood and it was apparent once again when Omar took the cricket fraternity by a storm with a stupendous performance.

An aspiring cricketer and an ardent lover of the game, Omar, wants to follow into the footsteps of his father and represent the UAE national team one day.

Omar, who is a 12-year-old UAE national cricketer and studies at Victoria International School of Sharjah, mesmerised everyone with his fascinating performance in the recently concluded Four Nations tournament.

Four Nations is a biennial tourney, which is organized and hosted by YTCA and Desert Cricket Cubs (DCC). It is being held for several years and has produced many renowned cricketers.

Players like England internationals Chris Woakes and Ben Stokes have plied their trade in the tournament, which speaks of the quality of cricket in the event.

An opening batsman, Omar, represented DCC academy in the event. He played in both the U-12 and U-14 age categories. Across the two tournaments, Omar smacked three 100s and four 50s. Collectively he scored 700 runs in 12 innings.

His performance won him the adulation of his coaches, father, friends and competitors alike. It could not be down played or ignored even by the most trenchant critic.

“I am happy, he is doing well in his age group. He has amassed 700 runs in the tourney across two age groups and that is amazing,” said the UAE’s ex-captain Tauqir in an exclusive interview with Gulf Today.

Toeing in the line of his father, Omar harbours the dream of making it big at the international level one day. He trains six days a week under the watchful eyes of coach Presley Polonowitta, Dinesh and Charith at the DCC Academy.

He also seeks advice from his father better to play better and improve further. Omar is very passionate about his game.

“It’s great to see a local talent rising, and we hope Omar keeps up the good work, and work hard to achieve much more success,” wished the proud father.

Explaining, how Omar developed a penchant for the cricket in a football-mad nation, Tauqir narrated an interesting anecdote.

“He grew up watching me play cricket. When I led the UAE cricket team at the 2015 World Cup in Australia, that proved to be a life-changing moment.

“It is then only he decided to take cricket seriously and lead his country one day like his father,” said Tauqir.

Tauqir’s interest in cricket was sparked in the 1980s, when he watched India and Pakistan play in the Cricketers Benefit Fund series at Sharjah.

A veteran Associate cricketer, Tauqir has represented UAE since 1996. Tauqir scored a half-century on ODI debut against an Indian attack containing Irfan Pathan, Zaheer Khan and Anil Kumble and also took the wicket of VVS Laxman.

“He is just 12 and still has a long way to go. The more he plays the more he gets better. He has to work very hard. Keep his dedication intact,” he added.

The UAE cricket team is dominated by expats from the sub-continent and it is a rarity to see an Emirati father-son duo so passionate about the game.

“I wish there could be more local talent in cricket. I think we need to promote the game among the Emiratis. We have a lot of talent.

“We just need better domestic structure to unearth the talent and bring it to the forth. Emirates Cricket Board (ECB) should organize more domestic tourneys.

“The shorter formats like 20-over or 10-over games will take you nowhere. Budding players need to play long version like three-day or four-day matches to develop their skills and stamina,” opined Tauqeer.

“If Virat Kohli and Kieron Pollard are hitting big runs in shorter formats, it does not mean they have not played the longer format. They have been through this and learned it hard way,” he stressed. 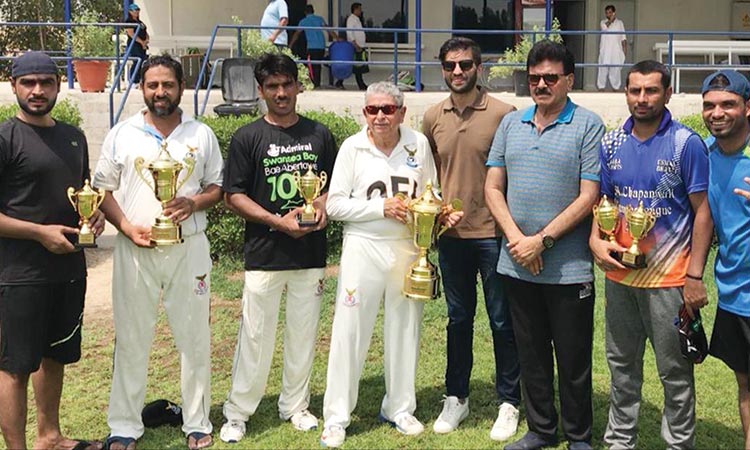