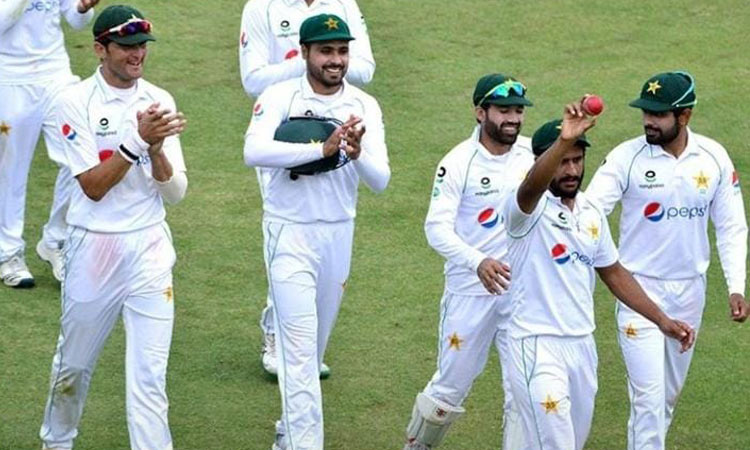 Hasan Ali gestures after winning the first Test against Zimbabwe in Harare on Saturday.

Hasan Ali bagged a total of nine wickets while middle-order batsman Fawad Alam hit a century as Pakistan trounced host Zimbabwe inside three days by an innings and 116 runs in the first Test match on Saturday.

The 26-year-old Ali produced an admirable spell of fast bowling at Harare Sports Club, varying his pace and lengths brilliantly on the third day, finishing with figures of 5-36 after Zimbabwe needed to score over 250 runs to make Pakistan bat again.

The right-armer, named player of the match, removed Kevin Kasuza (28) Donald Tiripano (2), Tendai Chisoro (0), Blessing Muzarabani (2) and Richard Ngarava (5) as the African side was bundled for 134 runs in its second innings. 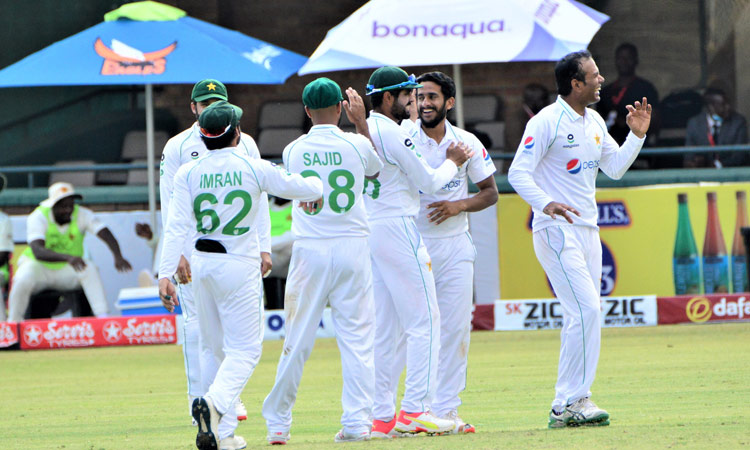 Pakistan players celebrate after winning the first Test against Zimbabwe.

Earlier in the match, Ali (4-53) combined with fellow opening bowler Shaheen Shah Afridi (4-43) to pick up eight wickets to rattle Zimbabwe’s batting lineup, which collapsed to 176 all out in the first innings on a good batting wicket. 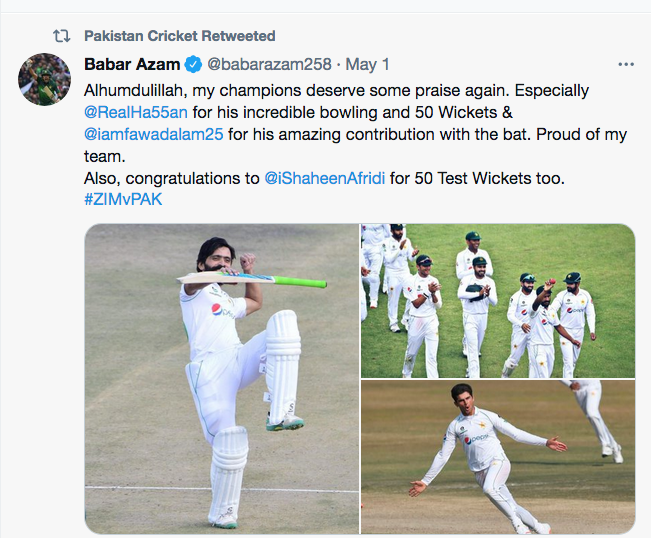 In response, Pakistan showed aplomb, with the opening pair of Imran Butt (91) and Abid Ali (60) reaching 115 runs together at the top of the order.

Alam, the 35-year-old left-hander, then took over with a controlled innings. Continuing on 108 not out from the second day, Alam faced 204 balls and cracked 20 boundaries before he was dismissed by Zimbabwe pace bowler Muzarabani for 140. 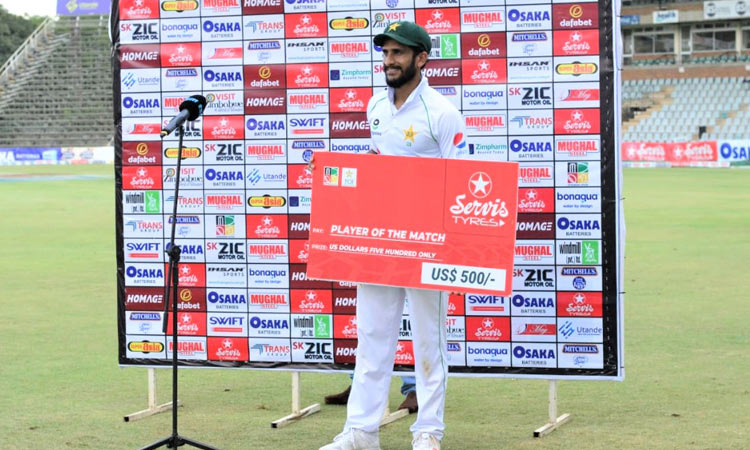 Hasan Ali with his man of the match prize after the ceremony at Harare Sports Club.

Pakistan, which is on a strong run of form in limited-overs cricket, is now the favorite to clinch the two-match Test series against out-of-sorts Zimbabwe. The second match begins next Friday at the same venue.

Zimbabwe is desperate to prove its longer-format pedigree, having drawn its last Test series against minnows Afghanistan in the United Arab Emirates. 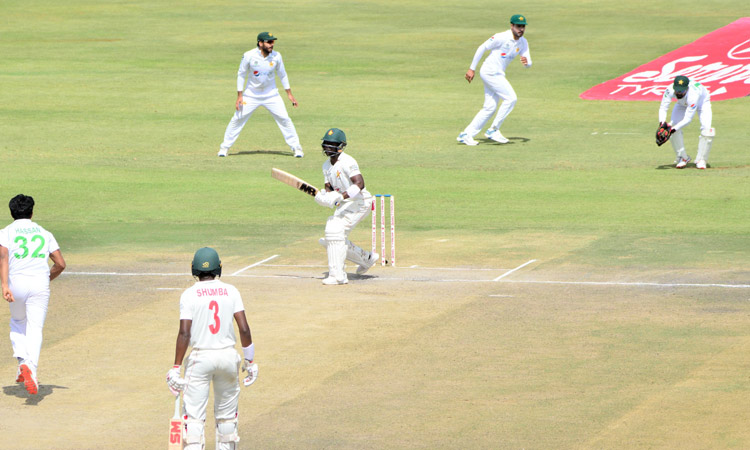 Pakistan bowled out for 426 in first Test against Zimbabwe

Resuming at 374-6, Pakistan added 52 runs as paceman Blessing Muzarabani dismissed Hasan Ali and Nauman Ali off successive deliveries before getting the wicket of Fawad Alam for 140. Muzarabani finished with figures of 4-73. Zimbabwe had scored 176 in their first innings.