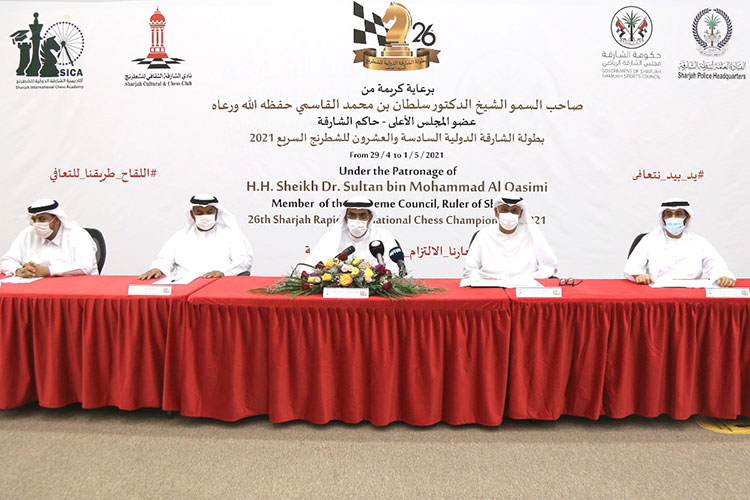 One of the highlights of the season, the 26th edition of the Sharjah Rapid International Chess Championship 2021 will get under way on Thursday.

The championship will be held under the patronage of His Highness Dr Sheikh Sultan Bin Muhammad Al Qasimi, Member of the Supreme Council and Ruler of Sharjah, and will take place at the premises of Sharjah Cultural & Chess Club.

In total 40 top class chess players including 14 from the UAE will compete in the two-day chess competition held annually in the month of Ramadan. The final of the Sharjah Rapid International Chess Championship will take place on Friday.

Speaking during a press conference, Sheikh Saoud Bin Abdulaziz Almualla, Chairman of the Sharjah Cultural & Chess Club, said: “Sharjah International Chess Championship has always been a cultural and sporting extravaganza. Alongside the sporting competitions among players who represent their nations, it acts as a platform for cultural exchange.

“We have succeeded under the guidance of His Highness Dr Sheikh Sultan Bin Muhammad Al Qasimi, Member of the Supreme Council and Ruler of Sharjah, to develop the chess sport to the international levels.”

He also added: “Organising this championship during the holy month of Ramadan is well-timed, providing a unique networking opportunity for players and enthusiasts of this captivating mind sport.

The Sharjah Cultural & Chess Club is also gearing up for the biggest tournament of their calendar; the Sharjah Masters International Chess Championship. Last year the fourth edition of the event was postponed due to a coronavirus pandemic.

“We are planning to host the Sharjah Masters International Chess Championship in June for which we are seeking the approval from the Emergency Crisis and Disaster Management team in Sharjah, said Sheikh Saoud.”

Grandmaster Salem Abdulrahman Mohamed Saleh is the top rated UAE player in the competition. Saleh, one of the consistent performers for the UAE, will be aiming to make the country proud.

Prominent among those present during the press conference were the General Secretary of the Club and Vice-Chairman of the Organising Committee Jamal Al Midfaa, the General Director Omar Noaman Al Ali and Chief Arbiter Faisal Al Hammadi.

Ragai Al Susi, the Executive Manager of the Sharjah Cultural & Chess Club, said that all the preparations for this event are completed. And he added that: “The championship will be a Swiss-system tournament, consisting of nine rounds. Each player will have 15 minutes, plus 10 seconds additional time per move.”

The event will take place in compliance with all COVID-19 precautionary measures and protocols, as well as other guidelines issued by relevant authorities.

In total for both tournaments, participants representing 17 countries including Egypt, England, Greece, India, Jordan, Moldova, Morocco, Pakistan, Philippines, Poland, Russia, Sudan, Syria, Ukraine, UAE, US and Uzbekistan will take part. There are in total 20 comprising four Grandmasters, one women Grandmaster, eight International Masters, one women International Master, one FM, three WFN, one CM and one WCM are in fray. 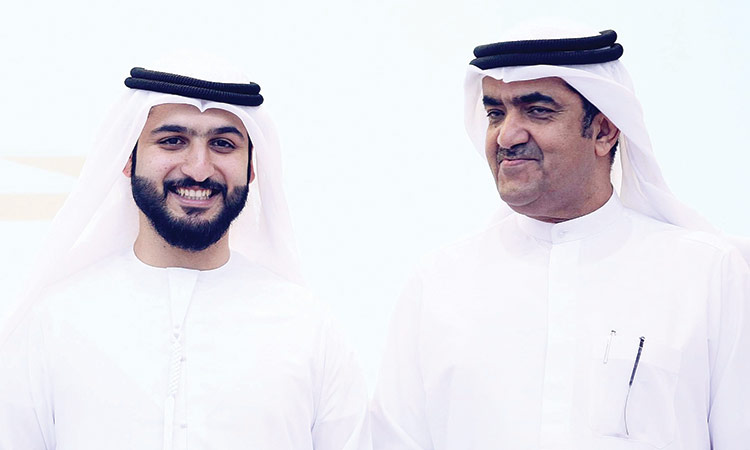