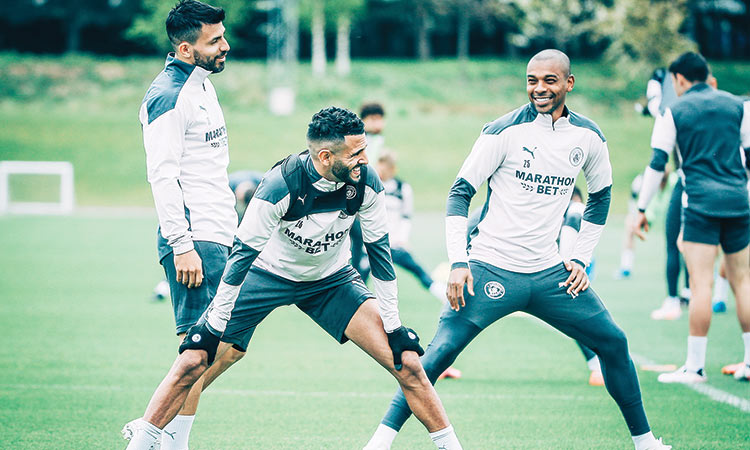 “Get out and enjoy it,” was the message from Cruyff, the Barcelona coach at the time, to his players before they set off to Wembley Stadium for the 1992 European Cup final against Sampdoria.

Guardiola won’t say the same words to his Manchester City players ahead of the first leg against Paris Saint-Germain (PSG) on Wednesday - “I’m not Johan Cruyff,” he said - but the sentiment will be the same.

Enjoy the coffee in the airport terminal before the flight to Paris. Enjoy the luxury of the hotel in the French capital.

Enjoy the walk with teammates on the day of the game. Most of all, enjoy having the eyes of the world on you.

“Enjoy the responsibility, the pressure, enjoy the fact that maybe you won’t live more this kind of situation,” Guardiola said on Tuesday.

“That’s what I want to see in my team and that’s what we’ll try to do.”

It was a rousing, stirring performance from Guardiola in his pre-match news conference, the shackles seemingly off a manager and deep soccer thinker who often appears to carry the weight of the world on his shoulders. After all, he has finally led City beyond the quarterfinals of the competition, for the first time since he arrived in 2016.

“I have the sense of the work well done already,” Guardiola said with a wide smile.

Yet the hard work has just started.

PSG is looking to go one better than last season, when it lost in the final to Bayern Munich, and contains two of the most talented and mesmeric players in the world.

Guardiola was even in a jovial mood talking about Kylian Mbappe and Neymar.

“They are too good!” he said, before laughing. “I try to sleep well these last nights and I slept well when I was not thinking of them.”

Mbappe, Guardiola said, was a player with “the whole of football ahead of him.” As for Neymar, Guardiola knew the forward was special when he first saw him at the Club World Cup in 2011, when coach of Barcelona and Neymar was at Santos.

“I remember he was the king of Santos and all the players were open-mouthed, saying, ‘Oh my God, what a player,’” Guardiola recalled. “A joy to watch as a spectator. He has Brazil on his shoulders and their No. 10 is not easy to wear.

“I’m a big admirer, as he helps to make our football better.”

Some are labelling it as a game between a bunch of individuals (PSG) and a team (City).

Indeed, City winger Riyad Mahrez emphasised the collective in his squad by saying: “We don’t have big stars like (Lionel) Messi or (Cristiano) Ronaldo but everyone can play, everyone makes the difference.”

And Guardiola accepted that PSG has the advantage of experience because the French champions played in a Champions League final just eight months ago and, with the likes of Mbappe and Neymar, have World Cup and Champions League winners in their ranks.

In the City team, only Fernandinho, Kevin De Bruyne, Sergio Aguero and Raheem Sterling remain from the side that reached the semifinals in 2016, when it lost to Real Madrid. Bernardo Silva played in the semifinals for Monaco the following year, too.

Guardiola got quite emotional when he discussed what getting to this stage meant for City’s players, specifically in this pandemic-blighted season when they have already won the English League Cup and are close to capturing the Premier League.

“It’s remarkable what we’ve done,” he said. “We’re two victories away (from winning the Champions League) in a year that it’s been difficult for everyone, for families around the world. We’ve lost families and friends.

“But to be so consistent, we have two titles to fight for and tomorrow we start a dream. What we want is not to go to the final. I want us to be ourselves, the way we play. That’s my wish, my dream. After that, the players with their quality will decide.” 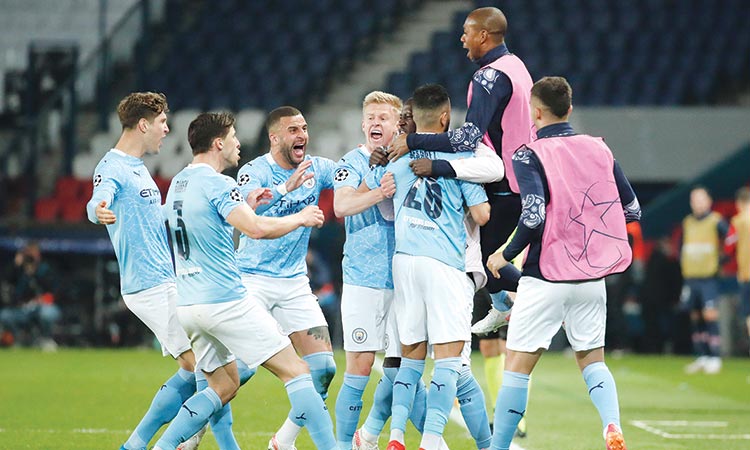 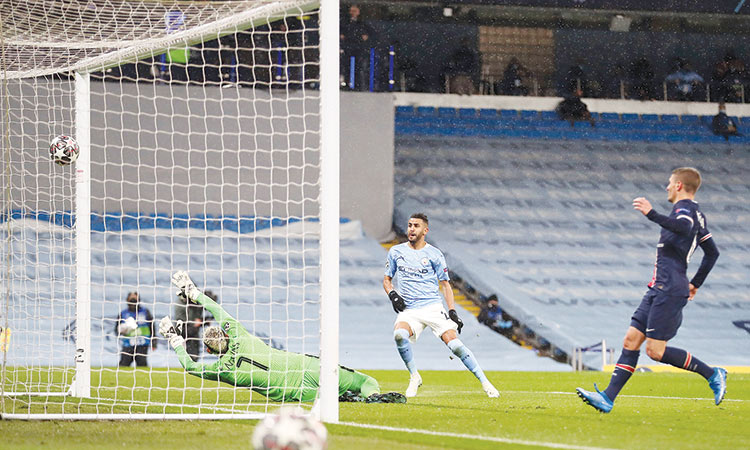