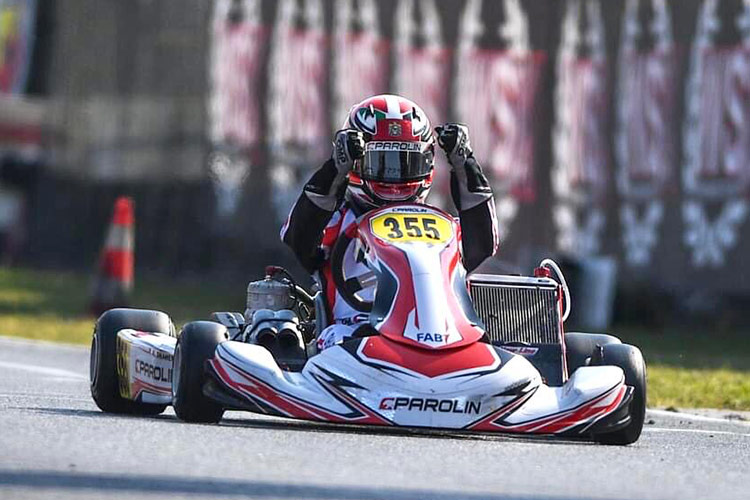 This victory adds up to his substantial results this season, where Rashid has already achieved 4 (out of 5) victories in World Series Karting competitions and triumphed in 2 (out of 2) Championships in 2021, making him the man to watch in the OK-Junior category.

After proving himself to be the fastest man under pouring rain two weeks ago, Rashid this time had to prove himself on dry track against a field of the world’s 88 best OKJ drivers from 33 countries at the world-famous South Garda Karting track which literally became the "Centre of the Karting Universe" during April 22-25.

This time the race drivers felt double pressure as they fought for a victory at the final fourth Round of the Super Master Series, eying the reputable Championship title.

Following an overall fifth qualifying result, the five qualification heats were dominated by Dhaheri’s consistency, maturity, and level-headedness, giving Rashid a strong start by finishing first, placing himself on Pole Position for the pre-final. Rashid started the 17-laps pre-final from P1 and maintained this position until the chequered flag was raised.

The 17-laps crucial final opened and Dhaheri set off from Pole Position facing at first two challenging laps and even dropping down to 4th position. The top contenders fiercely battled for every centimeter on the karting track, at the same time they remained with a careful eye on possibly winning the Championship title.

Spectators could feel the tension and pressure, but Dhaheri proved himself not only very fast on track but also with a very strong mindset. He kept himself calm throughout the race despite big pressure from all sides, but with great focus and unique driving skills, Rashid was able to win the hard-fought battles lap by lap overtaking his opponents and climbing all the way back from 4th to 1st position which he defended with great determination from lap 4 until the chequered flag.

Dhaheri’s kart number 355 crossed the finish line with a gap of 0.960 seconds on his closest competitor (GBR) and the Emirati passionately threw his arms in the air to celebrate his double triumph.

After the UAE flag was hoist and UAE’s national anthem played, Dhaheri was awarded not only the trophy for winning the 4th Round of the WSK Super Master Series, but also for the hard-fought "2021 Championship" title which Dhaheri has already won in the "Mini" (60cc engine) category in 2019.

Dhaheri said: "I am very happy to win both - the Championship and the race - and I am very proud to repeat my success of 2019, but this time in a harder and more challenging category. I am thankful for my team and everyone who supports me."

Coach and ex-Formula 2 champion Fausto Ippoliti said: "The WSK Super Master Series Championship is a very difficult title to win, only some of the world’s best race drivers - such as current Formula 1 drivers Max Verstappen and Antonio Giovinazzi - have achieved this title in the past.