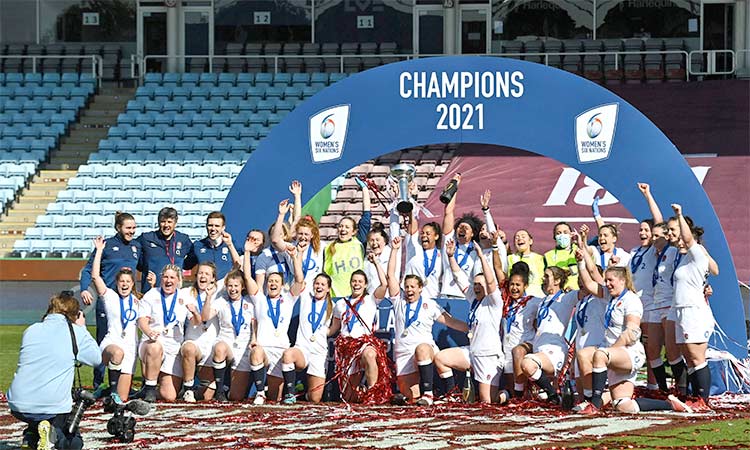 England’s players celebrate with the trophy after winning the Six Nations final against France on Saturday. Agence France-Presse

Reigning champions England left it late to beat France 10-6 in the women’s Six Nations final at the Twickenham Stoop on Saturday. Home No.8 Poppy Cleall scored the only try of the match on the stroke of half-time as England won a third successive Six Nations title in what was their eighth successive victory over France.

The Red Roses were only 7-6 ahead with barely a minute left on the clock when stand-in captain Emily Scarratt sealed victory with a penalty.

England and France are in the same group in next year’s Covid-19 delayed Women’s Rugby World Cup in New Zealand.

The coronavirus pandemic meant that instead of all Six Nations teams playing each other, they were split into two pools of three.

England and France, who meet again in a stand-alone match next week, had shared 33 tries between them as they topped their respective groups to win through to the final. But the showpiece match was a much tighter contest, with centre Scarratt telling the BBC: “It doesn’t need to be big flamboyant scorelines every week.

“The defence was unreal and we had to dig in. I could have made it easier with a couple of penalties in the first half, but I’m really proud of the effort. “The desire to not let them over the try-line was superb.”

France had the upper hand at the scrum in the early stages but were unable to make their set-piece and territorial dominance count. Scarratt missed two early penalty chances, including a relatively simple kick from close range, in the first quarter.

Scarratt left the field soon afterwards for what appeared to be a head injury assessment.

France had a try disallowed for a forward pass and from the ensuing penalty, fly-half Caroline Drouin saw her kick fade away in the breeze.

But the final minute before half-time saw England break the deadlock to lead 7-0.

Cleall powered away from a scrum and then, after a ruck near the opposition line, she forced her way over for a try. Scarratt, back on the field, converted. France forced a scrum penalty early in the second half but Drouin was off target again.

Moments later, England infringed again and this time Drouin kicked a penalty to reduce the deficit to 7-3. Both sides made several basic handling errors as the match headed into the final quarter.

Cleall went off injured and with 10 minutes left, France kicked a penalty to touch for an attacking line-out.

France, however, with seven minutes left won a kickable penalty and Drouin’s kick went in off the post to reduce England’s lead to just one point.

Scarratt’s effort then made sure of the title for England.

In the third place play-off, Ireland beat Italy 22-5 in Dublin with Amee-Leigh Murphy Crow marking her first start by scoring two of the hosts’ four tries. 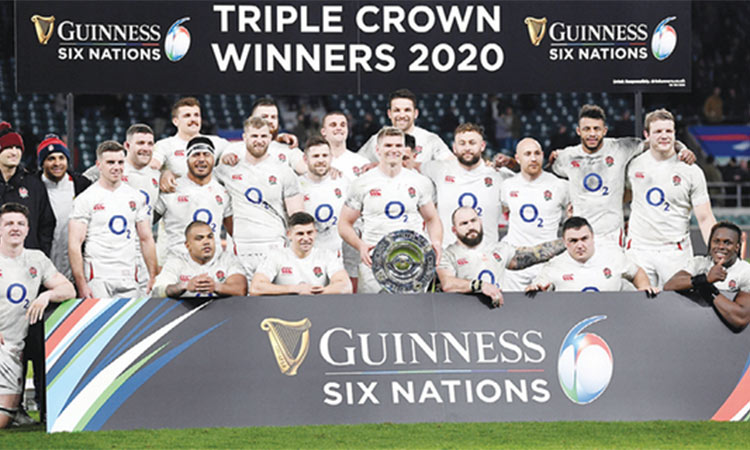 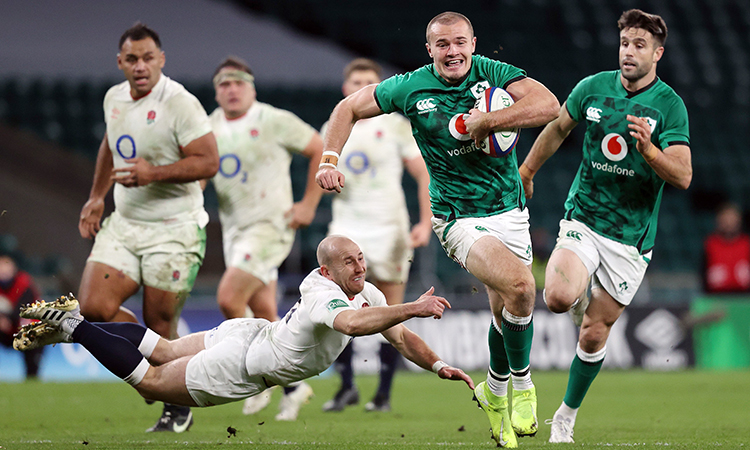