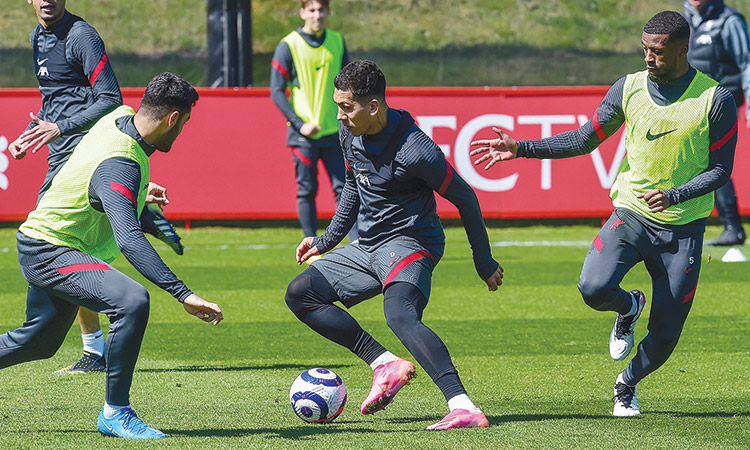 Liverpool players take part in a training session on Friday, ahead of their EPL match against Newcastle. Courtesy: Liverpool FC Twitter

The focus is firmly back on the race for the top four in the Premier League this weekend after the brief distraction of the ill-fated European Super League.

In the chaos earlier this week it was unclear whether the clubs that had signed up to the breakaway league would even be allowed to play in the traditional European competitions next season.

But Champions League qualification remains the big prize. Third-placed Leicester, Chelsea, West Ham, Tottenham and Liverpool are realistically vying for two spots as the season enters its final stretch, with the Manchester clubs firmly established in the top two.

Chelsea have a lot on their plate in the final few weeks of the season including a Champions League semi-final against Real Madrid and an FA Cup final against Leicester.

West Ham, their league opponents on Saturday, will be hoping Thomas Tuchel’s men are distracted by next week’s match in Spain.

The German needs a result at the London Stadium but must also ensure his first-choice players are fresh for the first leg of their Champions League tie on Tuesday.

Fourth-placed Chelsea have lost just once in the league since Tuchel took over from Frank Lampard in January but face a tough run-in.

David Moyes has overseen a remarkable season for the Hammers and has a chance to take them into Europe’s premier competition for the first time.

West Ham, level on points with Chelsea, had a wobble last week, losing to Newcastle, but their fixtures following Saturday’s game all look winnable.

The ace in the pack for Moyes could be loan signing Jesse Lingard, who has scored four goals in his past three Premier League games and nine in total since he joined the club in January.

Liverpool appeared to have turned the corner after three consecutive Premier League victories but dropped two points in Monday’s outing against Leeds.

Jurgen Klopp’s men, two points behind Chelsea, have a kind run of fixtures and no other distractions but the swagger that made them so irresistable last season is missing.

Liverpool’s title defence was ended by a run of six defeats in seven matches in February and March and Klopp will be desperate to salvage something from the campaign.

“We can make this season still a success if we qualify for the Champions League,” he said. “We won the league last year, but it doesn’t mean that the only thing for us to make the season a success is winning the league again.”

On paper, Saturday’s opponents Newcastle appear beatable but they have toughened up in recent weeks and are now well clear of the relegation zone after two straight wins.

However, with Tottenham involved in the League Cup final against Manchester City and Chelsea and West Ham playing each other, Liverpool will feel they have a prime chance to make a move.

Leicester eased the fears of their fans by returning to winning ways on Thursday, seeing off a poor West Brom side 3-0 to open up a four-point lead over Chelsea and West Ham.

The 2016 Premier League champions suffered the heartbreak of missing out on the top four on the final day of the 2019/20 season.

Defeats against City and West Ham this month left them looking vulnerable again but they have stopped the rot ahead of Monday’s match against Crystal Palace.

Manager Brendan Rodgers will be aware of the need to maintain a cushion with their final three league games against Manchester United, Chelsea and Spurs.

“I am not thinking about the other teams,” Rodgers told BT Sport after the West Brom win. “We have to think about ourselves. We can only control ourselves.

“I said to the players this is the time of the season. Just because they have arrived in the final, it doesn’t mean we have one foot in and one foot out. We have other commitments.” 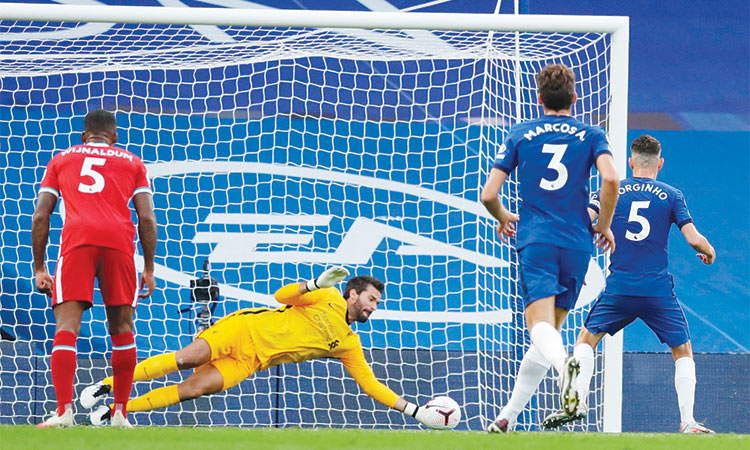 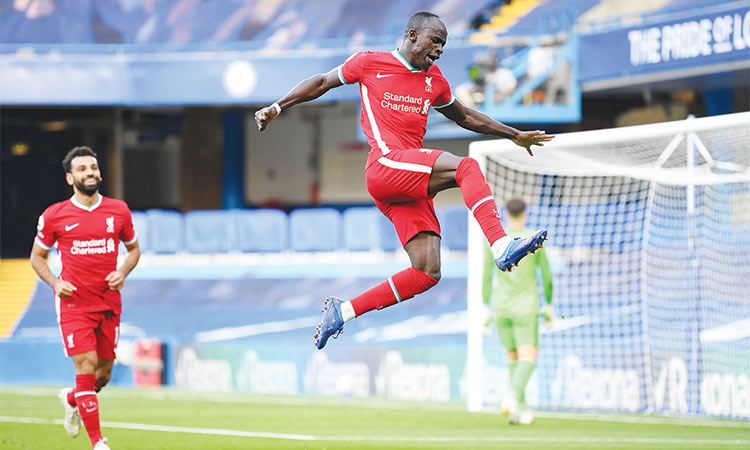