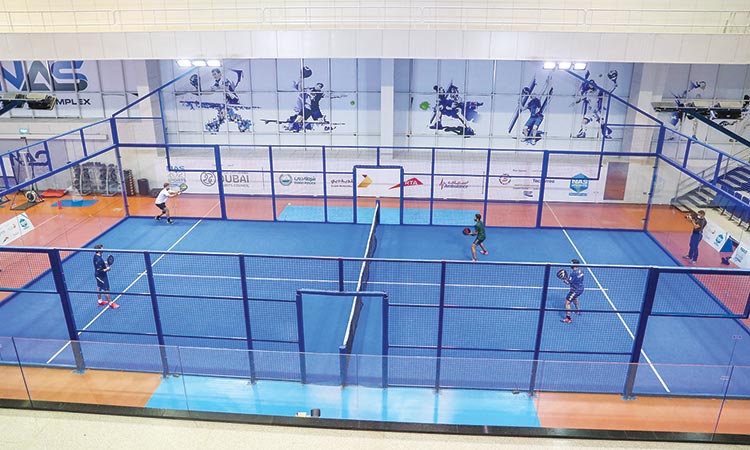 Sheikh Saeed Bin Maktoum Bin Juma Al Maktoum, President of UAE Padel Association, has praised Nad Al Sheba Sports Tournament for the crucial role it has played in spreading the sport of padel locally and for attracting many new recruits to the sport, which is also called paddle tennis in some parts of the world.

Sheikh Saeed said: “The sport would not have reached the level it has and spread as widely as it has had it not been for the support and patronage of Sheikh Hamdan Bin Mohammed Bin Rashid Al Maktoum, Crown Prince of Dubai and Chairman of The Executive Council of Dubai. His Highness’ support for padel has been unlimited and it has allowed the sport to grow and prosper. He has issued directions on the construction of new courts and stadiums for playing paddle tennis, and has provided competent personnel for spread and development of the sport.”

Sheikh Saeed said UAE Padel Association has been working relentlessly to spread and popularize the sport, and increase the number of its practitioners with the aim of creating a wide base of Emirati and expatriate players.

“All indicators have been positive and the level of matches we are seeing at this year’s NAS Padel Championship shows how the level of the players, especially the Emirati players, has grown thanks to the experience they have gained by playing in a high-level tournament like this.

“The improved level of competition and the increased number of participants shows that paddle tennis is on the right track in the UAE. But still, it has not reached the levels of our aspirations and ambitions yet, and we will continue to work hard to raise the sport to those levels.”

Sheikh Saeed added that the opening paddle tennis courts throughout the country will support the implementation of UAEPA’s development programmes and increase the popularity of the game among young people.

Organised by Dubai Sports Council, the NAS Sports Tournament has been one of the top sporting attractions during the Holy Month of Ramadan since 2013, and the tournament is back for its eighth season this year with competition in three different sports - padel, running and cycling. All three events are being organized in compliance with all COVID-19 precautionary measures and protocols, as well as other guidelines issued by relevant authorities. Dubai Police, Roads and Transport Authority of Dubai, Dubai Municipality and Dubai Corporation for Ambulance Services are the strategic partners for this year’s Nad Al Sheba Sports Tournament, while Dubai Duty Free, Pocari Sweat and TecnoTree have signed up as sponsors for the 8th season of the Tournament, which is one of the biggest events of its kind in terms of participation and prize money.

The NAS Padel Championship, which kicked off the eighth season of the NAS Sports Tournament on April 14, will continue until April 27, while the NAS Run will take place across two nights with the 10km Race scheduled for Wednesday, April 28, and the 5km for Thursday, April 29, while the 75km NAS Cycling Championships will take place across three nights from April 22 to 24.

On the third night of the NAS Padel Championship at the Nad Al Sheba Sports Complex, the pair of Marc Cirera and Victor Arruiz edged Hamad Al Ali and Khalid Al Shamsi 6-3, 7-5 to punch their ticket for the quarter-final stage of the Golden Category.

“We played a strong match thanks to our good preparations for the tournament,” said Arruiz. “We have shown our competitiveness by qualifying for the second round despite the strong challenge we faced in the second set.”

Dubai Sports Council, meanwhile, has announced all the participants in this year’s Nad Al Sheba Sports Tournament will receive its newly-minted “Year of the 50th” medals, which commemorate UAE’s Golden Jubilee and celebrate the country’s remarkable journey of the last 50 years since its formation in 1971.

The new medals are a continuation of Dubai Sports Council’s initiative to celebrate the UAE and Dubai, including it iconic landmarks and heroes. Last year, the Council had minted medals that celebrated the efforts of Dubai’s frontline heroes in the fight to contain COVID-19 – Dubai Police, Dubai Civil Defence, Dubai Health Authority and the First Responders of Dubai Corporation for Ambulance Services.

In the past, Dubai Sports Council’s medals have featured some of the most famous cultural and tourist landmarks of Dubai like the Dubai Frame and Burj Khalifa, the Museum of the Future and the Mohammed Bin Rashid Library, alongside Hamdan Sports Complex, Tolerance Bridge and the Al Marmoom Conservation Reserve. 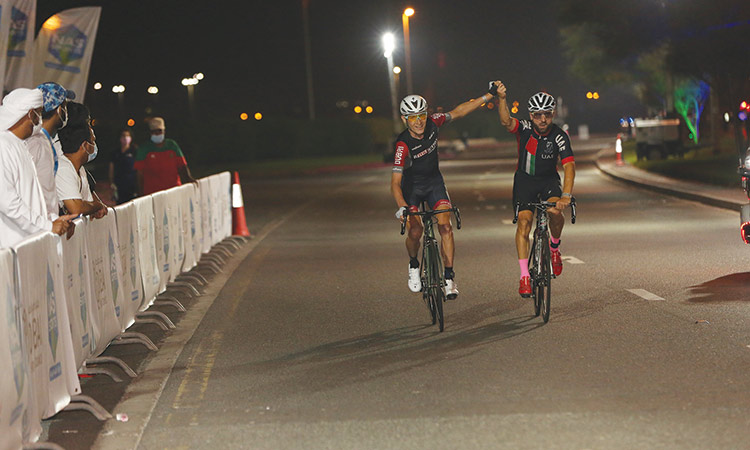 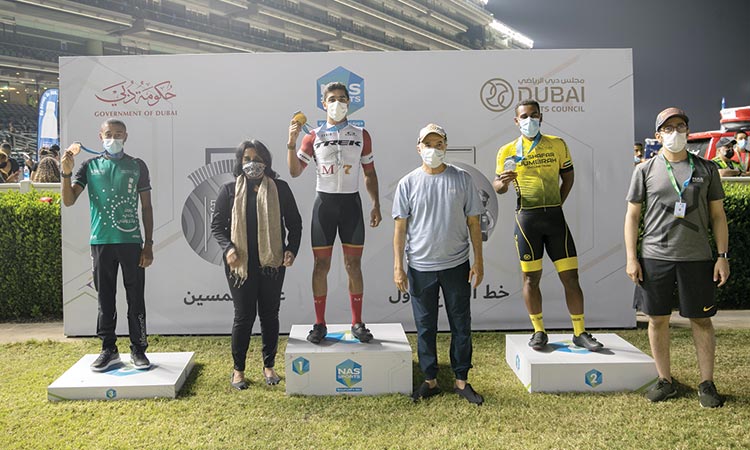 Moroccans Othmane Safi and Soufiane Dardour continued their country’s domination of NAS Run with a one-two in the 5km Open race for men on Thursday night as curtains came down on the eighth season of the Nad Al Sheba Sports Tournament. 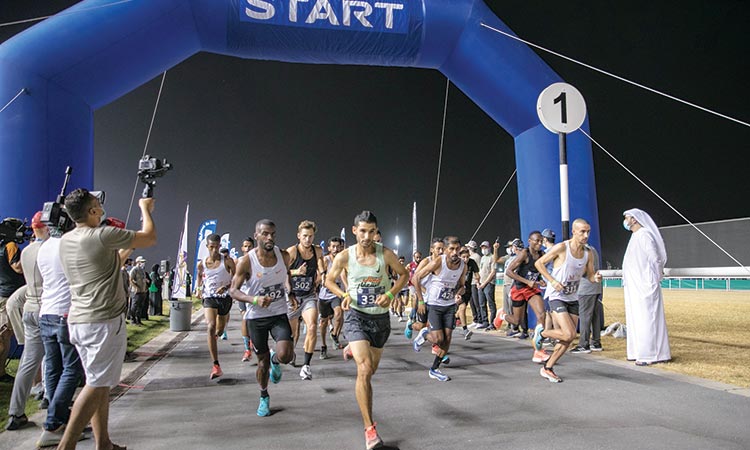 Moroccan men made a clean sweep of the podium in the Open category of the Nad Al Sheba Sports Tournament 10km Run on Wednesday night, while Saleh Al Hammadi and Mouza Al Ghafli took the men’s and women’s honour in the Amateur Emirati