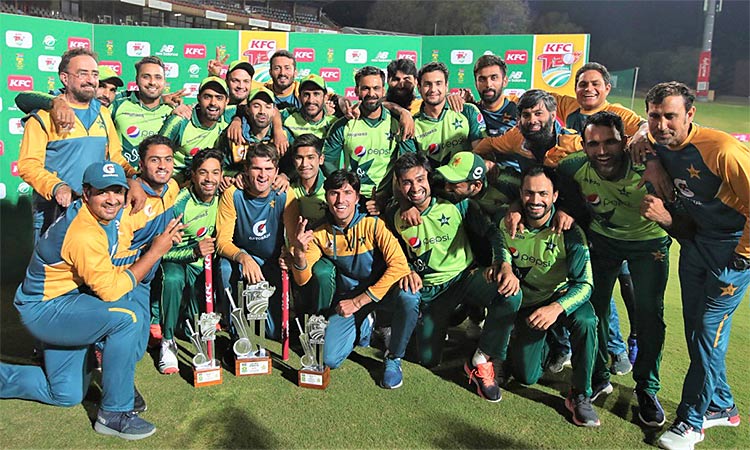 Pakistan beat South Africa by three wickets with one ball to spare in the fourth and final Twenty20 international South Africa at SuperSport Park in Centurion on Friday. It clinched a 3-1 series win for the tourists.

Pakistan seemed to be cruising when they reached 92 for one in the 10th over after bowling out South Africa for 144 on what is usually a high-scoring ground.

But six wickets fell for 27 runs after Fakhar Zaman was out for a hard-hit 60 off 34 balls before Mohammad Nawaz sealed the win with a six off the penultimate ball. Pakistan's 3-1 series win completed a clean sweep of four successful series against South Africa during the season. 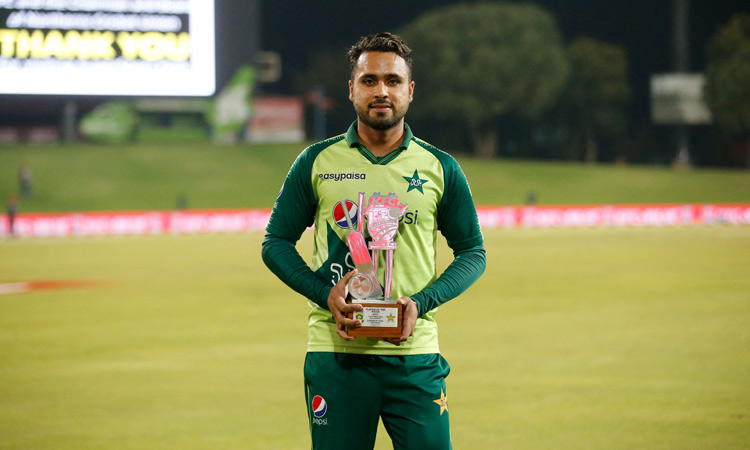 Faheem Ashraf poses with the 'Man of the Match' trophy. AFP

Earlier, Pakistan medium-pace bowler Faheem Ashraf sparked a South African collapse. Ashraf took three for 17 as South Africa, who were put into bat after losing the toss, were bowled out for 144 on what is usually a high-scoring ground.

South Africa had reached 73 for one after the early loss of Aiden Markram when Ashraf had Janneman Malan caught at mid-off for 33 in the ninth over. 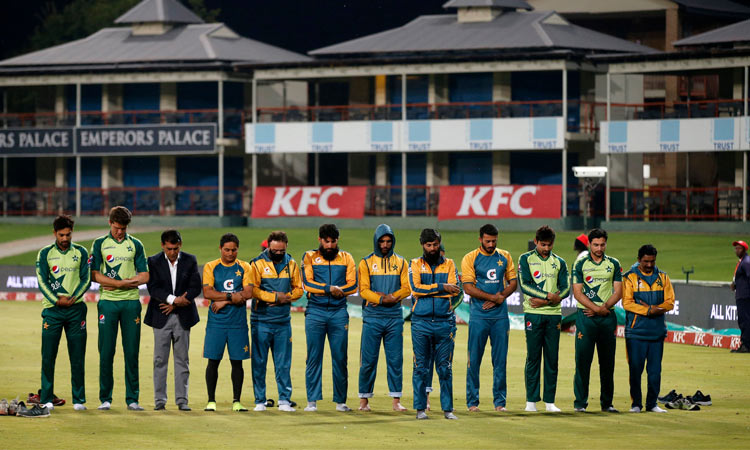 Pakistan cricketers take part in a prayer after victory in the fourth T20. AFP

Ashraf followed up with the wickets of South African captain Heinrich Klaasen and George Linde. He bowled his four overs in succession and did not concede a boundary.

Pakistan chased down a target of 204 with nine wickets and two overs to spare on the same ground two days earlier. Captain Babar Azam, who scored 122 in that run chase, named an unchanged side while South Africa made two changes. 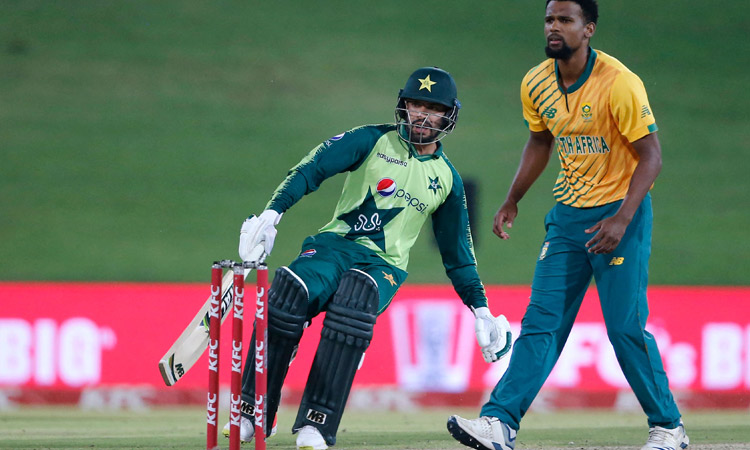 Mohammad Nawaz (L) runs between the wickets as Lizaad Williams looks on. AFP

Earlier, Pakistan won the toss and decided to bowl first. South African captain Heinrich Klaasen had said he would have preferred to bowl. “It looks a good wicket again,” he said. 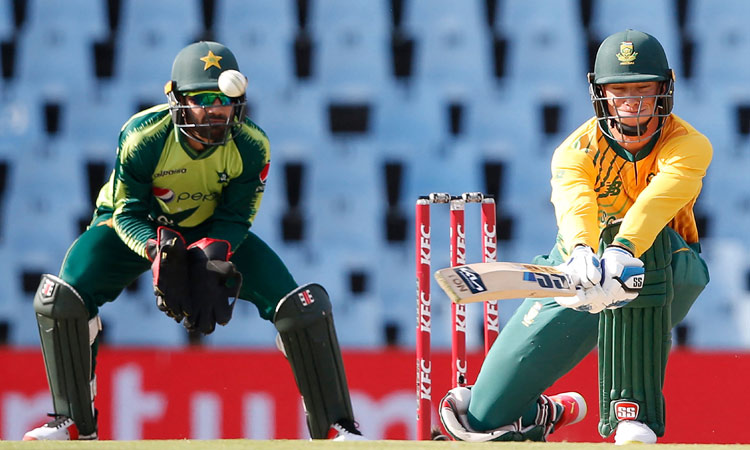 South African captain Heinrich Klaasen said he would have preferred to bowl. "It looks a good wicket again," he said.