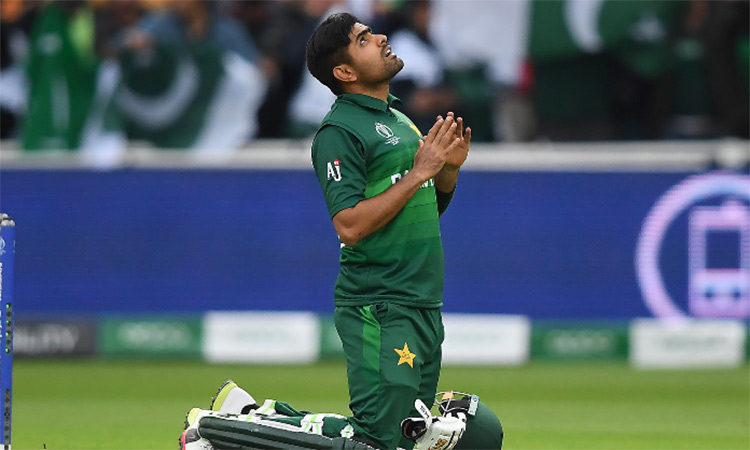 Babar Azam celebrates his whirlwind century during the third T20 match at SuperSport Park in Centurion on Wednesday. Image: Twitter

Babar marked the day he unseated Virat Kohli to become the top-ranked ODI batsman in the world with another brilliant limited-overs innings, albeit in the shortest format this time.

The Pakistan captain opened the batting and blasted his way to a century as Pakistan chased down a seemingly testing target of 204 with ease. 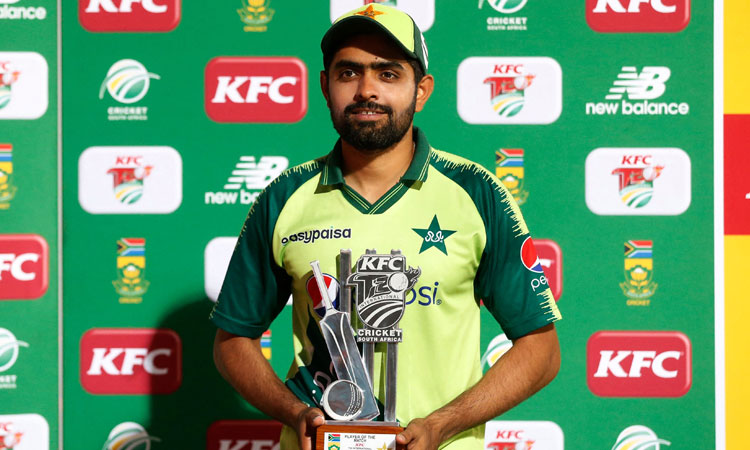 Babar Azam poses with the man of the match trophy after the third T20 match. AFP

The tourists romped home in 18 overs, with Mohammad Rizwan crashing 73 from 47 balls at the other end after opening with Babar. Their partnership of 197 from 107 balls ripped the game away from a South African team that felt it was in position for victory after posting its own strong score of 203-5 in 20 overs.

Babar fell just two balls from the end trying to ramp a delivery from Lizaad Williams over third man and edging it to wicketkeeper Heinrich Klassen.

That denied Pakistan the world record for the highest successful chase in T20s without losing a wicket. 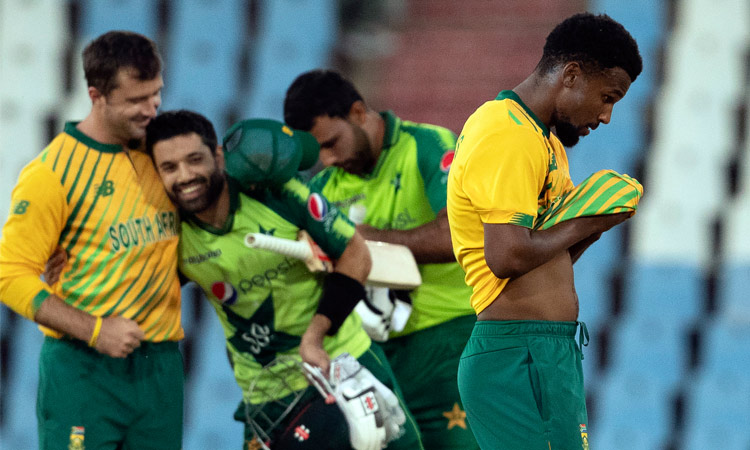 Fakhar Zaman smashed two fours off the next two balls to end it and ensure Pakistan can't lose the series with one game to play. Pakistan also won the ODI series in South Africa.

Babar has 186 runs from three innings at an average of 62.00 in the T20 series and averaged 76.00 in the ODI series. Earlier Wednesday he ended Kohli's more than three-year stay at the top of the ODI rankings. 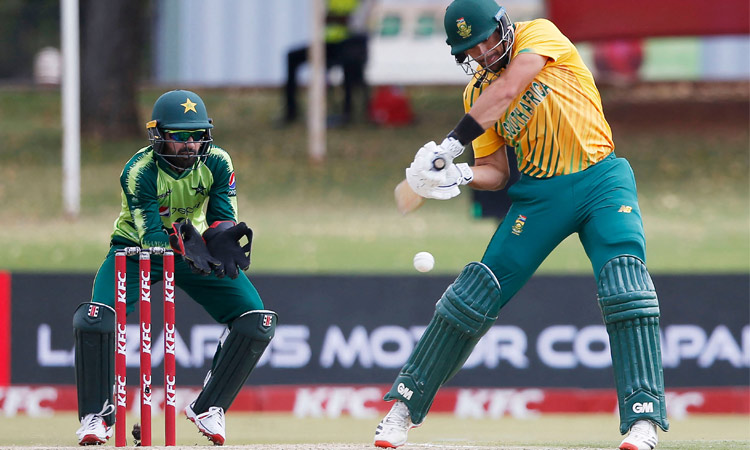 South Africa appeared to have exposed Pakistan's decision to bowl first at SuperSport Park when openers Aiden Markram (63) and Janneman Malan (55) made half-centuries and the host posted its highest total ever against Pakistan.

But Babar stroked 15 fours and four sixes to underline his scintillating form and see Pakistan to a highly impressive victory.