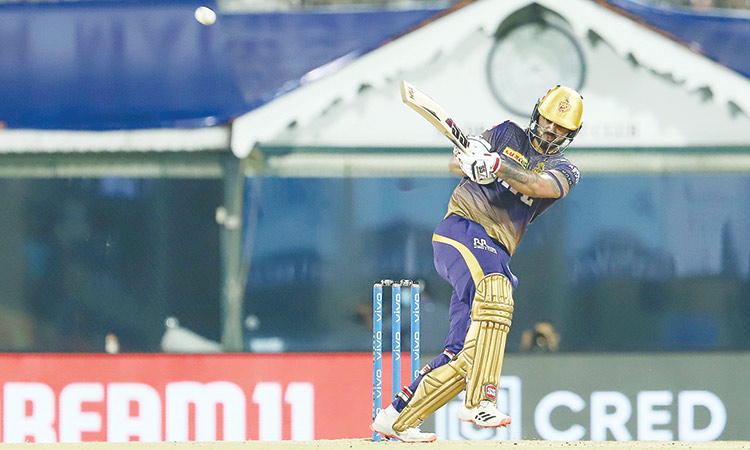 Manish Pandey (61 not out) and Jonny Bairstow’s (55) half centuries were not enough to push Sunrisers Hyderabad (SRH) over the line on Sunday as they fell to a 10-run defeat to Kolkata Knight Riders (KKR) in the IPL.

The SRH innings started with captain David Warner being dropped at point off the bowling of Harbhajan Singh, who was playing his first competitive match since the 2019 IPL. The over ended with Wriddhiman Saha hitting a six but Warner fell in the next over to Krishna on three runs.

Saha then fell off the very first ball of the third over bowled by Shakib Al Hasan.

Bairstow and Pandey then got SRH on track with a 92-run partnership for the third wicket which came off just 67 balls. However, KKR tightened the noose after the 13th over in which Bairstow fell to Pat Cummins.

While Abdul Samad gave hope to the 2016 champions with two sixes in the 19th over, SRH needed 16 runs off the last six balls to win the match. Andre Russell bowled the last over and conceded just five runs off five balls to take KKR over the line.

Earlier, SRH took five wickets in the last five overs and conceded just 42 runs but could only restrict KKR to 187/6. KKR looked set for a total well above the 200-run mark when their top order batsmen Nitish Rana (80), Rahul Tripathi (53) and Shubman Gill (15) took on the SRH bowlers.

However, SRH’s Afghanistan duo Mohammad Nabi and Rashid Khan led the way in pulling things back in the death overs. Dinesh Karthik then scored 22 runs off nine balls to get KKR close to the 190-run mark while Shakib fell to Bhuvneshwar Kumar off the last ball of the innings.

The way top order guys batted was magnificient, says Morgan: KKR captain Eoin Morgan was all praise for his top order batsmen after their victory over Hyderabad.

“Today was quite magnificent the way the guys at the top of the order batted. Nitish (Rana) and (Rahul) Tripathi were absolutely outstanding and set up the game for our middle order to play in the manner we want to play,” said Morgan in the post-match presentation ceremony.

Morgan also hailed the bowling unit for the kind of start they gave to their defence. “Certainly the bowling, we couldn’t have asked for a better start. Chopped and changed a bit in the powerplay. Huge amount of structure that goes into the decisions on the field. We have got a fantastic head coach in (Brendon) McCullum,” said Morgan.

“Main job is to get the best out of the squad. IPL is all about the results and that comes when guys buy into what we want to do,” he further said.

Veteran spinner Harbhajan made his debut for KKR in the match and only bowled the first over. However, he almost got the wicket of Warner and conceded eight runs.

“Bhajji starting really well in the first over and then not playing a part but using his experience to get around the guys in the game shows the selflessness in the side. Nice to start like this it’s obviously a long tournament. We were very happy with the score. We thought if we bowled half-decently we should get over the line,” said Morgan.