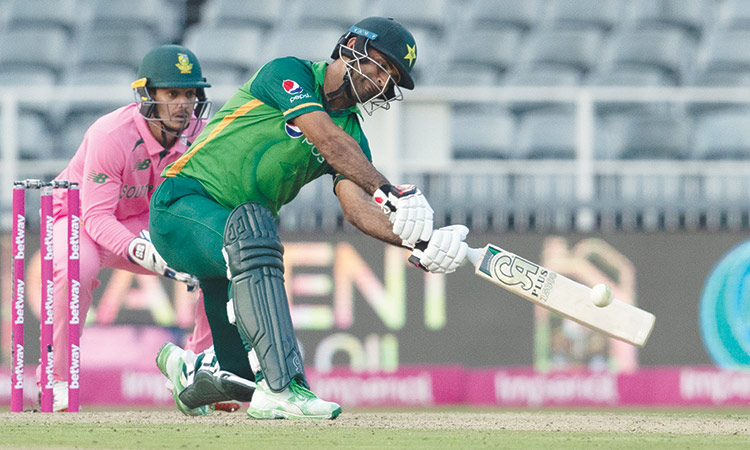 Fakhar Zaman (right) plays a shot as Quinton de Kock looks on during their second ODI match on Sunday. AP

South Africa levelled the series with a 17-run win in the second One-Day International (ODI) against Pakistan at the Wanderers Stadium in Johannesburg on Sunday despite a spectacular innings by Pakistan opening batsman Fakhar Zaman. 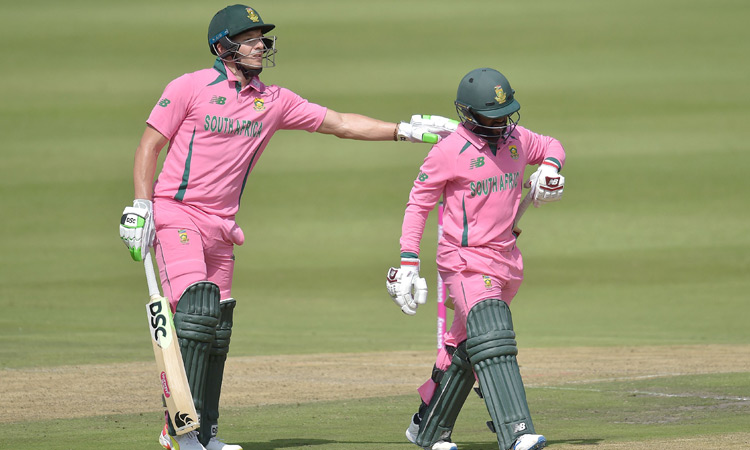 Pakistan's chances seemed to be minimal when fast bowler Anrich Nortje dismissed captain Babar Azam for 31 in his first over and followed up with two more quick wickets to reduce the tourists to 85 for four.

However, Fakhar launched an astonishing assault to keep their hopes alive until he was run out in the last over. 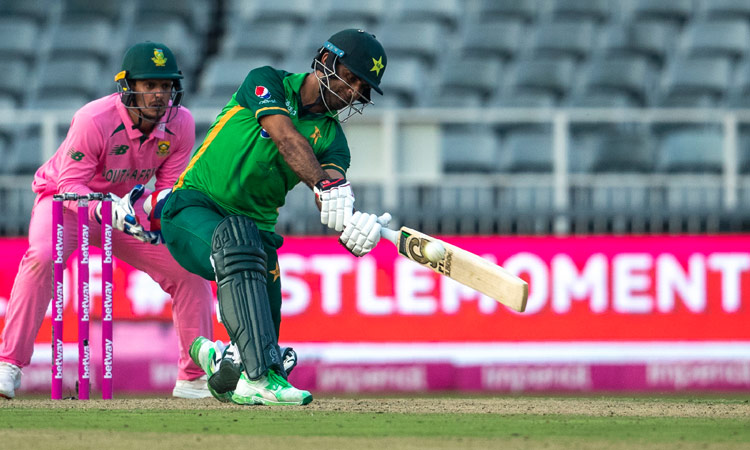 Fakhar Zaman plays a shot during the second ODI match against South Africa in Johannesburg. AP

As in the first match in Centurion on Friday, Pakistan captain Babar Azam said his side would try to exploit early moisture in the pitch in an effort to wrap up the three-match series with one game to spare.

The series is being played unusually late in the season for South Africa, with shorter days and cooler weather making batting conditions tricky for batsmen early in a game. 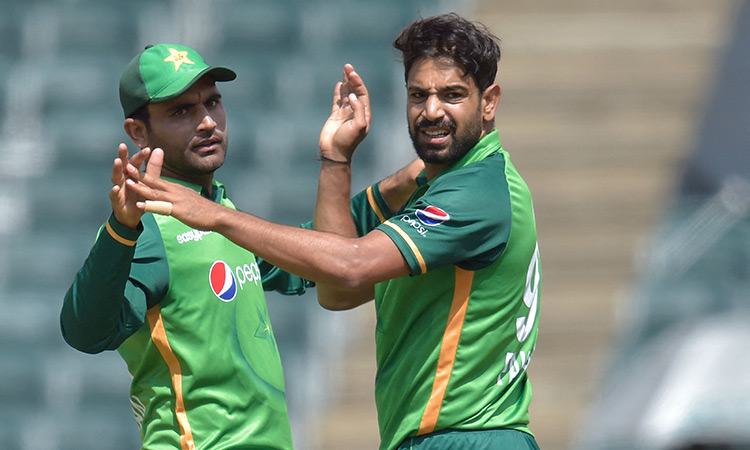 "We had a good chat about areas we can improve on," said South African captain Temba Bavuma.

Both teams were unchanged.

Despite the absence of spectators because of Covid-19 restrictions, the South African team wore pink outfits to raise awareness of breast cancer.

It continued a tradition for one-day internationals at the Wanderers which started in 2013.

It was announced earlier on Sunday that South Africa had been fined 20 percent of their match fee for a slow over rate during the first match. 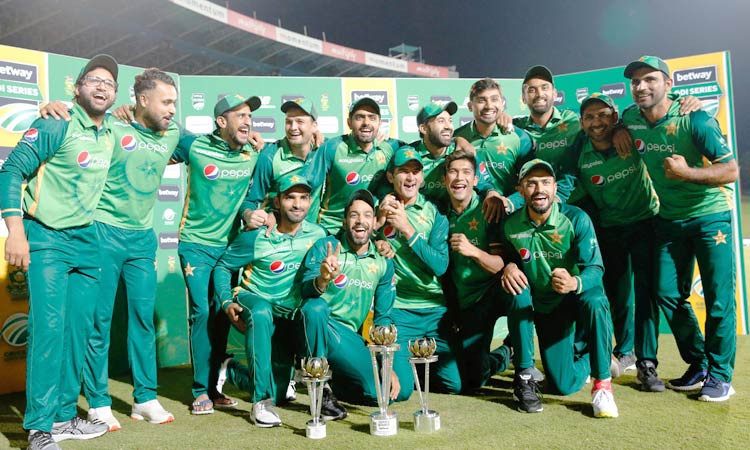 Fakhar made 101 and captain Babar Azam 94 from 82 balls to propel Pakistan to 320-7 batting first at SuperSport Park. South Africa was 292 all out as three players made half-centuries but none converted them to big scores. 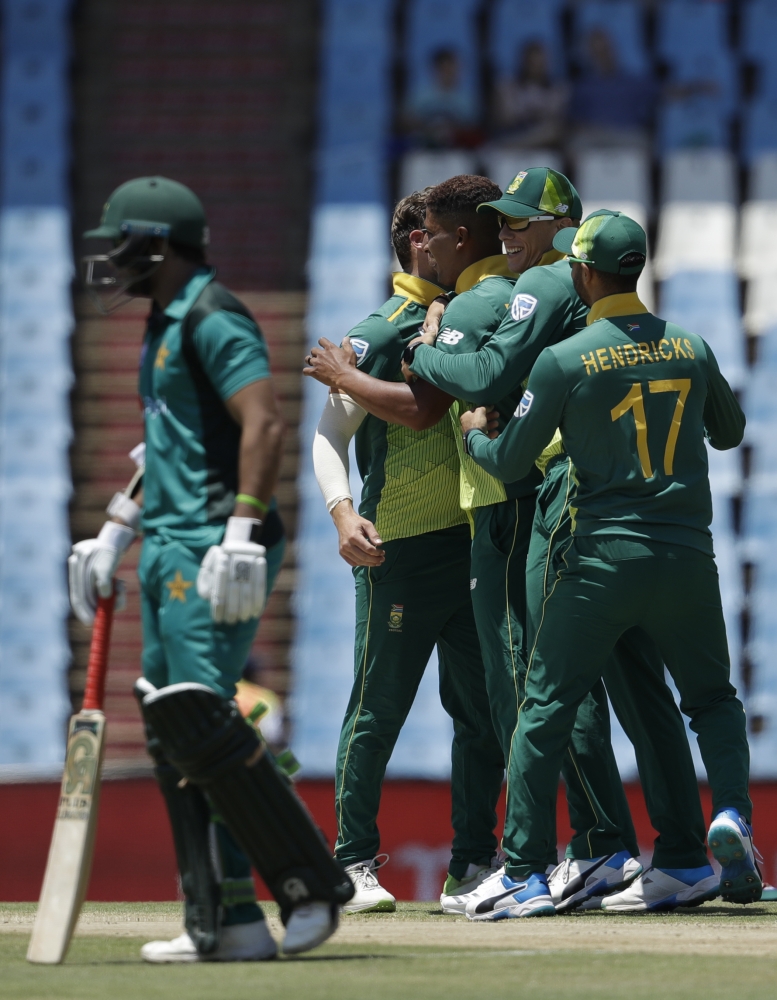 Centurion: Pakistan won the toss and decided to bat in the third one-day international against South Africa on Friday as Sarfraz Ahmed said Andile Phehlukwayo had accepted his apology for a controversial comment he made about his skin colour.