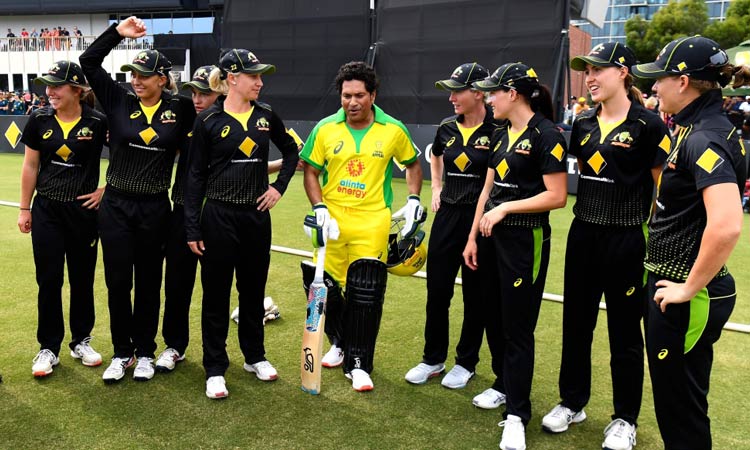 Sachin Tendulkar enters the ground to play a charity match in Sydney. File

Indian cricket legend Sachin Tendulkar entered hospital on Friday as a precautionary measure six days after announcing that he had coronavirus.

The 47-year-old "little master" of batting is one of the most high-profile cases of a new pandemic surge in the country of 1.3 billion people. 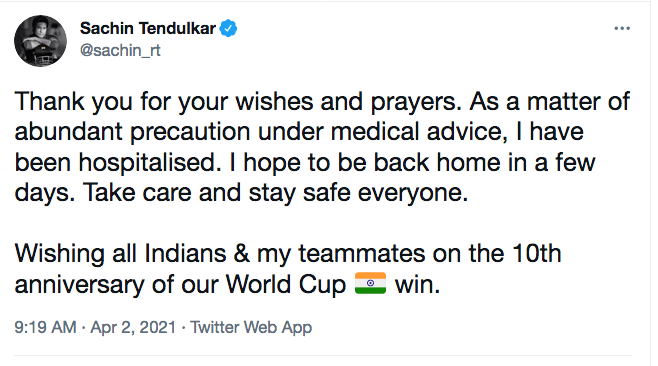 "As a matter of abundant precaution under medical advice, I have been hospitalised," Tendulkar said on Twitter. "I hope to be back home in a few days. Take care and stay safe everyone."

Tendulkar is adored across India, and fans took to social media to wish their cricket "God" a speedy recovery.

Indian Premier League teams like the Delhi Capitals all released messages of goodwill.

"Praying for the speedy recovery of Sachin Tendulkar," said Jay Shah, secretary of the BCCI, India's national cricket board. 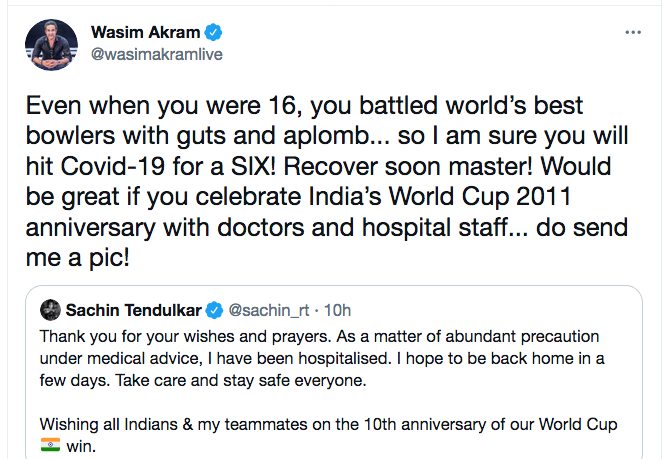 "Even when you were 16, you battled world's best bowlers with guts and aplomb... so I am sure you will hit COVID-19 for a six!" said Akram, who bowled at Tendulkar in his debut series as a 16-year-old.

"Recover soon master! Would be great if you celebrate India's World Cup 2011 anniversary with doctors and hospital staff... do send me a pic!"

Tendulkar is the highest run-scorer ever in Test matches and one-day internationals. He retired in 2013 after playing in 200 Tests, in which he made 15,921 runs.
He scored another 18,426 runs in 463 ODIs and hit 100 centuries across both formats.

Just days before announcing he had the coronavirus, Tendulkar had led an India Legends team to a win over Sri Lanka in a Twenty20 exhibition series.
Three other players who took part in the so-called Road Safety World series, including brothers Yusuf and Irfan Pathan, have also tested positive for the virus.

Crowds were allowed into the stadium in Mumbai for the matches.

India is battling a new wave of COVID-19 cases -- daily infections rose to more than 81,000 on Friday with 469 deaths, the highest since October.
Tendulkar's home state of Maharashtra, which includes Mumbai, accounted for more than 43,000 cases and 249 deaths. 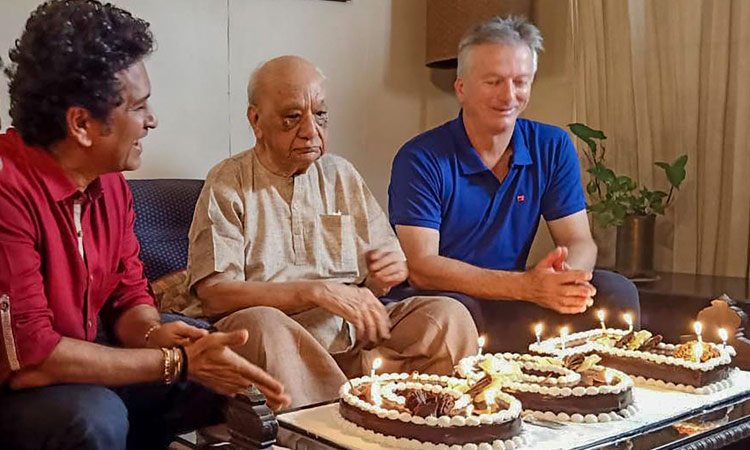 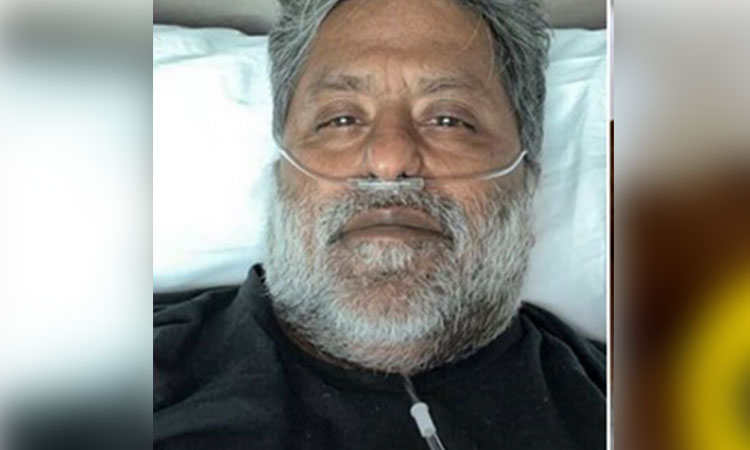 The 59-year old took to social media to give updates about his health, saying that he was airlifted to London from Mexico after three weeks of confinement.