Confident UAE ready to take on India in friendly today 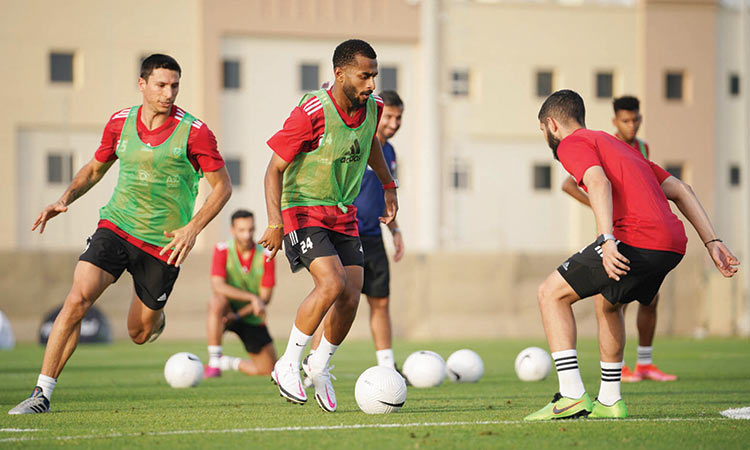 UAE players attend a training session in Dubai on Sunday, ahead of their friendly match against India. Courtesy: UAEFA Twitter

As a as part of their preparations for the joint qualifiers for the 2022 FIFA World Cup and the 2023 AFC Asian Cup, the UAE national football team will face India in a friendly match at the Zabeel Stadium on Monday.

India played UAE last in the 2019 AFC Asian Cup where they lost 2-0. The UAE coach Bert van Marwijk is currently overseeing his third training camp since his reappointment, with an eye on this summer’s rescheduled World Cup qualifiers.

UAE are one of the strongest sides in Asia and they reached the semi-finals in the 2019 Asian Cup they hosted. But they have been struggling a bit recently.

Van Marwijk is pleased with the ongoing preparations. He said: “I think they have improved. Because we worked with a lot of young players and I saw that they were physically stronger and they have gotten better. It has given me a good feeling.”

Earlier this month, the Asian Football Confederation (AFC) decided that all Group G’s remaining fixtures would be staged in Dubai from June 3-15 following the UAE Football Association successful bid, meeting all the conditions and standards set by the body.

Praising the role of coach Van Marwijk, the UAE midfielder Majid Hassan said: “We are preparing hard for the World Cup qualifiers. Match against India will be a good opportunity to test our level.”

Meanwhile, experimentation remains the focus for head coach Igor Stimac as India prepare to face the UAE in their second international friendly match in four days.

Stimac had played as many as 10 debutants in India’s 1-1 draw against Oman on Thursday. The match marked the first time since November 2019 that the India played a game and they were also facing a team that was placed 23 spots above them in the FIFA rankings. On Monday, India would be facing a team that placed 30 places above them.

Stimac is looking at these two matches as testing ground for the squad he wants to assemble at the national camp later in the year before India resume their campaign in the 2022 FIFA World Cup qualifier, which also doubles up as the qualifiers for the 2023 Asian Cup. While India are out of contention to make it to the World Cup, they are fighting to progress in the Asian Cup qualifier which, Stimac said before the Oman game, has always been the team’s target.

“That’s why we want to play better opposition, to advance our game,” said Stimac in a virtual press conference on Sunday.

The match against Oman was a story of two halves. India were almost overwhelmed by their opponents in the first half and did well to allow Oman to score just one goal despite all the possession they had. India were far more adventurous in the second half, however, threatening the Oman goal on a number of occassions.

“Everyone is looking to get something more out of friendlies so it is difficult to find better opponents. We need to find a way to control the ball and be quick in passing in transition. I don’t expect us to control, UAE are better in quality and have many experienced players. We are here to get experience for our team,” said Stimac.

Stimac said that he will be making a raft of changes in the match against UAE so as to give as many chances as possible to the 27 players who form the squad. This includes keeping out talismanic centre-back Sandesh Jhingan, who paired up with Chinglensana Singh in the match against Oman.

He said that he wants his players to adapt to the pace of international football. “Our players need to understand that this is not the Indian Super League (ISL) where there is lot of time in the middle to control the ball. Here you need to be quick and sharp, there is no time to control the ball,” he said. 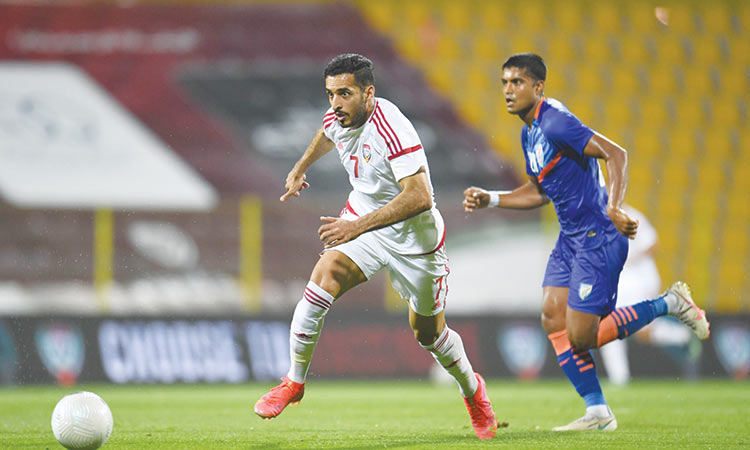