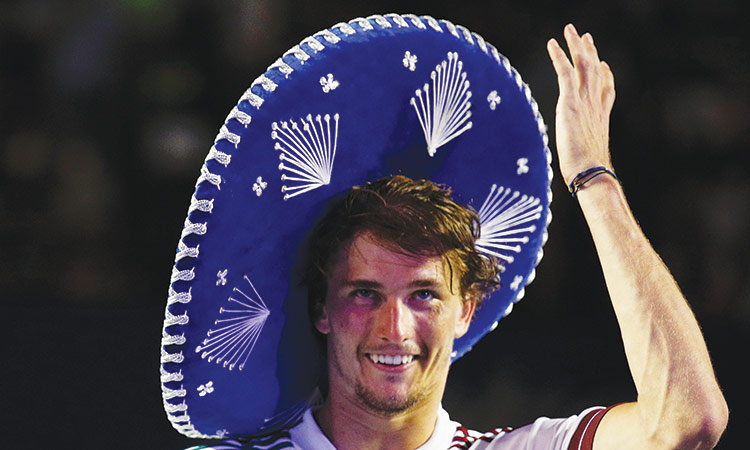 Alexander Zverev celebrates with the trophy after winning the Mexican Open title on Saturday. Associated Press

Germany’s Zverev, ranked seventh in the world, had lost his last five matches against the world number five from Greece.

Early on it seemed Zverev might be heading for another defeat as he dropped his first service game on the way to trailing 4-1 in the opening set.

But he stepped it up to save three break points in the sixth game, holding serve to launch a run of five straight games that saw him pocket the set.

A tight second set saw Zverev gain the first break for a 5-4 lead and a chance to serve for the match. Tsitsipas saved one match point on the way to regaining the break when Zverev double-faulted on break point — one of his eight double faults in the contest.

From there it was a fierce battle to the tiebreaker, Tsitsipas saving six break points to hold for a 6-5 lead and Zverev saving a set point on the way to making it 6-6. Zverev converted his third match point to seal the victory and go one better than his runner-up finish to Australian Nick Kyrgios in Acapulco in 2019.

“This victory means a lot to me,” said Zverev as he donned the sombrero traditionally given to the winner.

He claimed his 14th ATP title and his first of 2021 and will be one of the men to beat when the Miami Masters starts next week in the absence of stars Novak Djokovic, Rafael Nadal, Roger Federer and Dominic Thiem. Tsitsipas was denied a sixth ATP trophy.

Elsewhere, Daria Kasatkina became the first player to win two WTA tournaments in 2021, capturing her fourth career title at the St. Petersburg Ladies Trophy when Margarita Gasparyan retired due to a lower back injury trailing 6-3, 2-1.

Already a champion last month at the Phillip Island Trophy, Kasatkina’s record this year is now 15-4, and she has spent the week underlining her renaissance on home soil. Having halted Danish teenager Clara Tauson’s winning streak in the first round, No.8 seed Kasatkina came from a set down to win three straight matches against Aliaksandra Sasnovich, No.2 Veronika Kudermetova and No.4 Svetlana Kuznetsova to reach the final.

It was the 30th all-Russian final this century, and resulted in Kasatkina becoming the first player to win both WTA 500 events on Russian soil in her career. Her 2018 Moscow title was her last at this level before this week - a run that lifted her into the Top 10 for the first time. After slumping in 2019 and sinking to a low of World No.75 last October, it’s appropriate that triumphing at another indoor tournament at home will lift the 23-year-old back inside the Top 50 next week. The St. Petersburg title marks the first time that Kasatkina has won multiple tournaments in one season.

“My coach was telling me the best medicine is to win matches, and that’s 100% true,” said Kasatkina afterwards.

Kasatkina was also satisfied with how she had managed expectations at home. The result was an unfortunate ending for Gasparyan, who has been plagued by injuries over the course of her career. The 26-year-old took a medical timeout after losing her first two service games of the match to trail 1-4, and though her contributions to the contest were intermittently spectacular, she did find the consistency needed to pressure Kasatkina.

After dropping serve after double faulting twice from 40-0 up in the second set, Gasparyan was forced to call it quits. However, the wildcard can still take positives from a breakthrough week, with her maiden WTA 500 final enabling her to return to the Top 100. 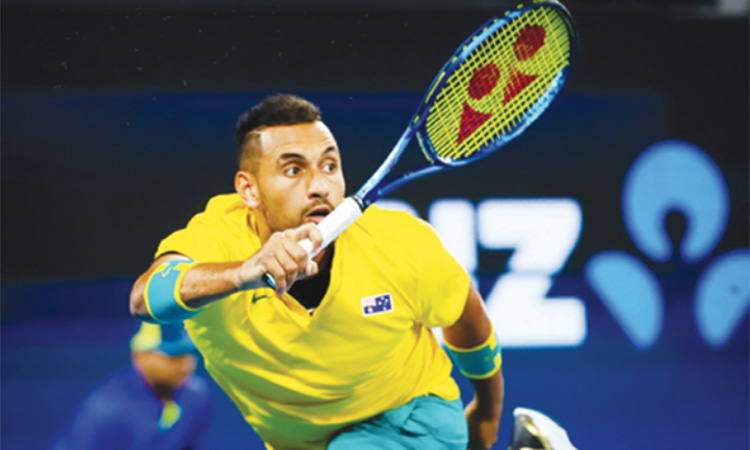