The greatest lightweight in the history of the sport Khabib Nurmagomedov has officialy closed the book on his career.

In October 2020, Khabib announced his retirement after defeating Justin Gaethje in the UAE capital.

At the time, Nurmagomedov announced that he had promised his mother that he would retire from the sport, but White believed the decision was made in the heat of the moment and he could eventually convince him to return to the UFC.

Despite his best efforts, White was unable to sway Nurmagomedov to come back for another fight. 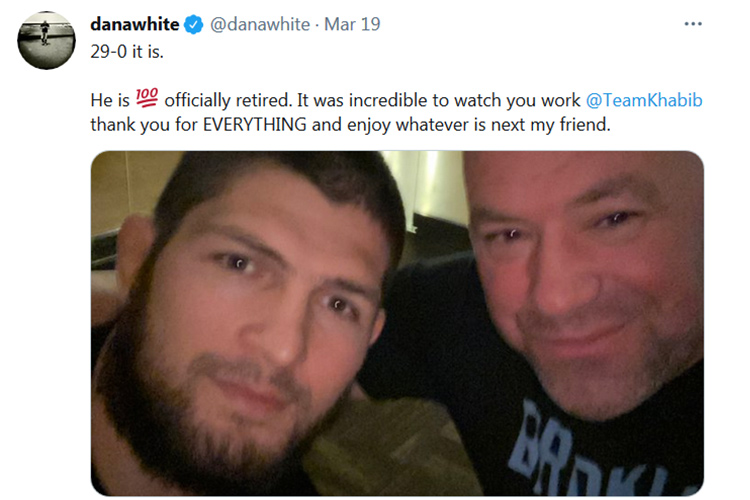 White wrote on Twitter, “29-0 it is,” while posting a photo alongside Nurmagomedov. “He is 100 percent officially retired. It was incredible to watch you work, Khabib. Thank you for EVERYTHING and enjoy whatever is next my friend.”

Earlier this week, Nurmagomedov posted a photo alongside former UFC owner Lorenzo Fertitta with a note addressed to White that said “send location,” which led to speculation that perhaps he really was considering a comeback.

Instead, it appears Nurmagomedov was just planning on meeting with White to confirm his retirement as he walks away from the sport with a rare undefeated record and having never lost his UFC lightweight title.

Khabib had revealed earlier that he would only come out of retirement with his mother’s blessing. 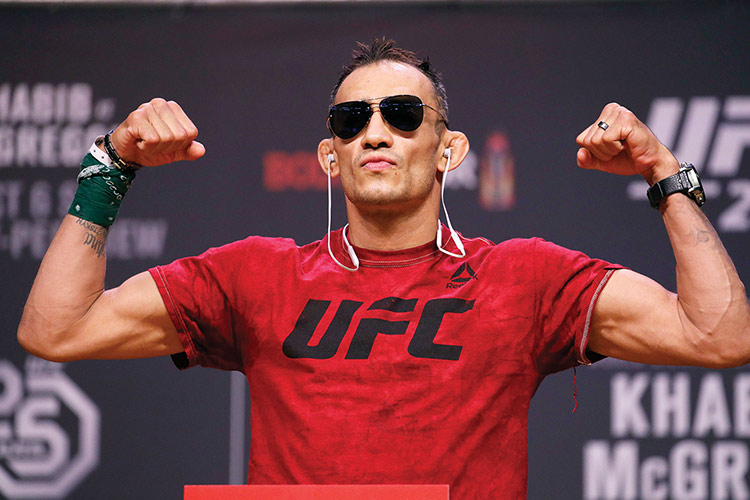 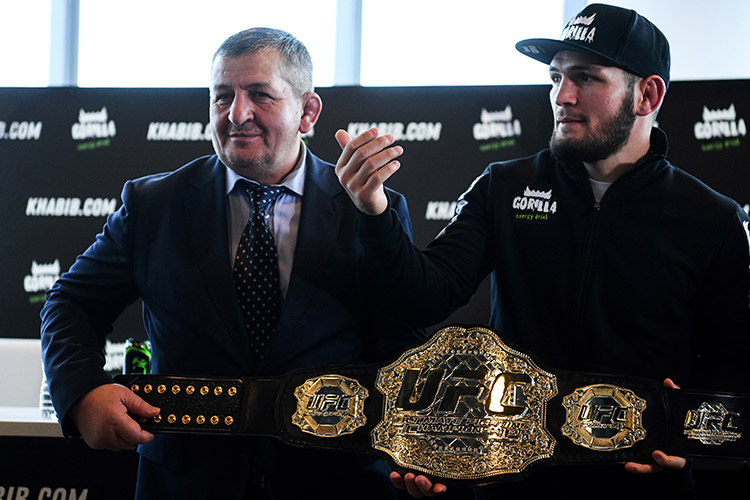