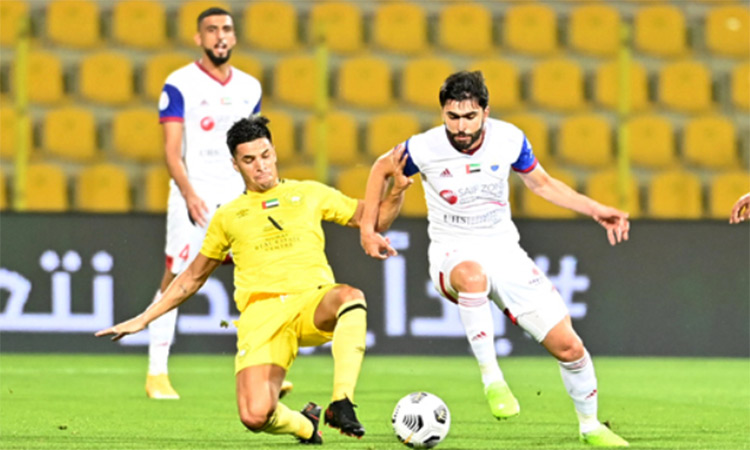 Players of Sharjah and Al Wasl in action during their Arabian Gulf League match on Saturday.

Welliton Soares reduced the deficit four minutes after the restart. Only one minute later, Ali Salmin regained Al Wasl’s lead to make it 3-1.

Sharjah pulled off a late comeback, as Saif Rashid reduced the deficit in the 76th minute before Salem Saleh scored the equalizer in the second minute of injury time.

Shabab Al Ahli extended their unbeaten run to 12 matches with a 2-1 win over Al Dhafra at Hamdan Bin Zayed Stadium in matchweek 22 of the Arabian Gulf League on Saturday.

Federico Cartabia opened the scoring for Shabab Al Ahli from the spot to hand the away side a 1-0 lead into halftime. Al Dhafra’s Idriss Mzaouiyani netted the equalizer from a long-range effort in the 53rd minute.

In the 67th minute, Pedro Pavlov mistakenly converted Jaloliddin Masharipov’s freekick into his side’s own net to hand Shabab Al Ahli the victory.

Shabab Al Ahli moved temporarily to third place, as they are leveled on 40 points with Sharjah. Meanwhile, Al Dhafra remained with 20 points in 11th place.

The hosts waited until late to level the scoreline when Ahmed Amer netted the equalizer in the 84th minute. Five minutes later, Sultan Adil scored what turned out to be the winner to seal the three points for the Tigers.

Ittihad Kalba raised their tally to 32 points in ninth place and Khorfakkan remained in 10th place with 21 points.

Meanwhile, UAE Pro League chairman Abdulla Naser Al Jneibi confirmed that participating in the International Day of Happiness celebrations aligns with the wise leadership’s approach that focused on ensuring the happiness of everyone in the UAE, which was the first country to adopt the concept of happiness as a lifestyle.

The UAE also created the Minister of State for Happiness post to ensure the happiness of all the citizens and residents alike. It also established the World Happiness Council, as the UAE became a global destination for those seeking happiness and a source of love and fraternity for everyone all over the world.

Jneibi considered that happiness, positive energy, tolerance, and other concepts, along with our efforts and solidarity, have helped us overcome a tough year for the whole world amid the COVID-19 pandemic. 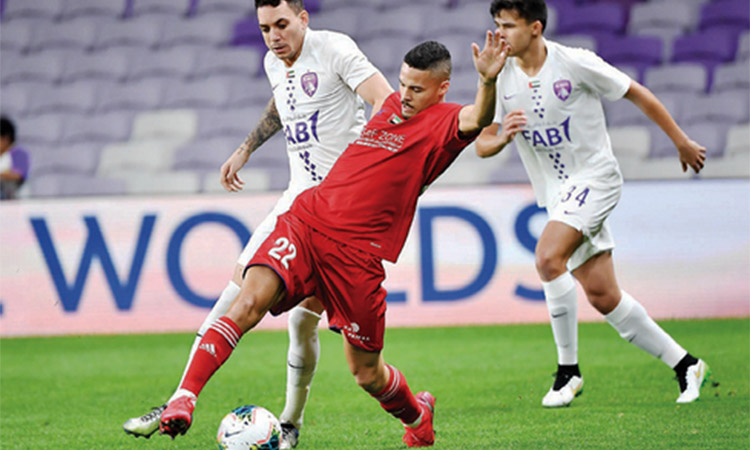 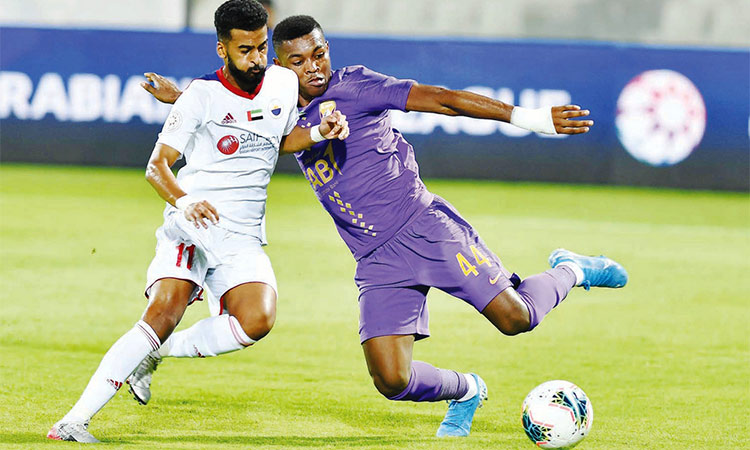