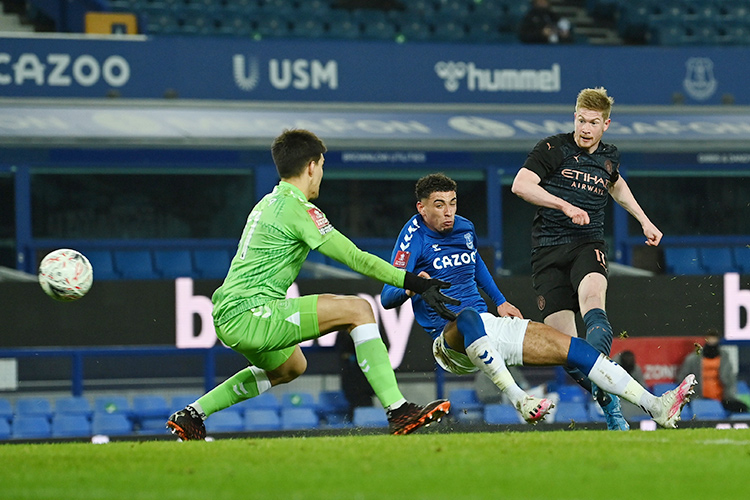 Manchester City's quest for an unprecedented quadruple of trophies remains intact after seeing off Everton 2-0 to reach the FA Cup semi-finals on Saturday as Southampton also booked their place in the last four.

But goals in the final six minutes from Ilkay Gundogan and Kevin De Bruyne booked City's place in the semi-finals for the fourth time in five seasons under Guardiola.

City won the domestic treble of Premier League, FA Cup and League Cup for the first time in English football history two seasons ago and are firm favourites to repeat that feat.

Guardiola's men are 14 points clear at the top of the Premier League and face struggling Tottenham in the League Cup final next month. 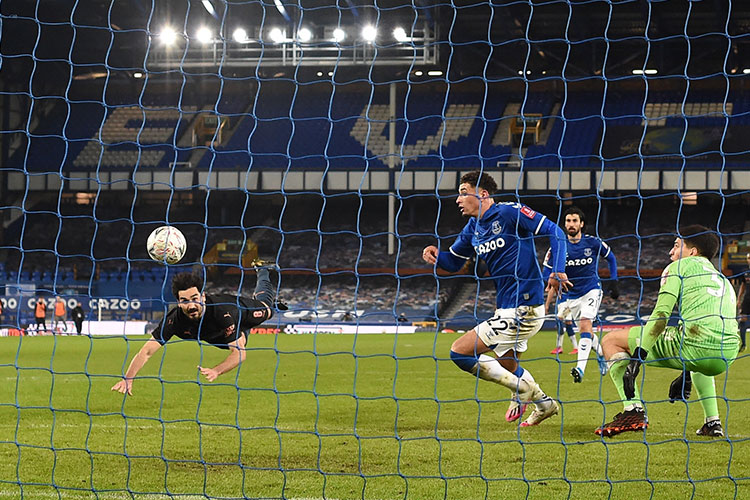 However, the Champions League is the trophy City most want and Guardiola showed where his priorities lie with a quarter-final clash with Borussia Dortmund to come after the international break by taking the chance to rest the likes of Joao Cancelo, Riyad Mahrez and De Bruyne from the start.

Oleksandr Zinchenko cleared Everton defender Yerry Mina's header off the line with the best effort either side mustered before half-time.

Joao Virginia started in goal for The Toffees for just the second time due to injuries to regular goalkeepers Jordan Pickford and Robin Olsen.

However, the 21-year-old Portuguese stopper produced a brilliant save early in the second-half to prevent Raheem Sterling converting Fernandinho's pinpoint low cross.

Guardiola was forced to introduce Mahrez and De Bruyne off the bench in the final quarter.

But it was the unlikely source of Aymeric Laporte who opened Everton up as he broke forward from centre-back before Virginia brilliantly turned the FrenchMan's initial effort onto the crossbar. 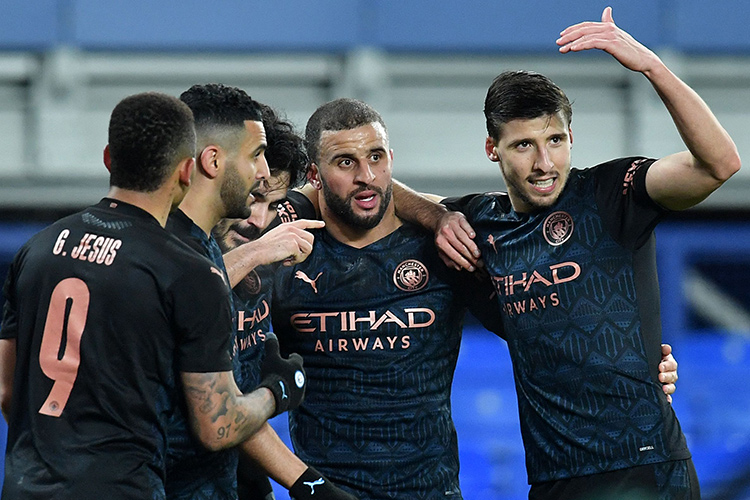 Gundogan was following up, though, to head into an empty net and end the resistence from Carlo Ancelotti's men.

De Bruyne then wrapped up the tie with a thundering finish in stoppage time as Everton claimed in vain for a high boot by Mahrez on Mina.

Southampton cast aside their Premier League struggles to ease past Bournemouth 3-0 to reach the semi-finals.

Ralph Hasenhuttl's side have slumped into the Premier League relegation battle after losing 10 of their last 12 top-flight matches.

But the Saints have been immune to those woes in the FA Cup this term and they booked a place in the Wembley semi-finals thanks to Nathan Redmond's double after Moussa Djenepo's opener.

While Premier League survival is the priority, Hasenhuttl insists the FA Cup was a "big target" and he made just two changes against a Bournemouth team who sat seventh in the Championship.

Redmond's enterprising run took him past two defenders to the edge of the area and he slipped a deft pass to Djenepo, who guided a composed finish into the far corner to open the scoring eight minutes before half-time.

Having provided the assist for the Mali winger's first goal since October, Redmond did it all on his own to double the lead in first half stoppage-time.

Redmond put the result beyond doubt with his third goal of the season in the 59th minute, the midfielder slotting home from 10 yards after Stuart Armstrong's shot bounced back off the post.

In Sunday's two quarter-finals, Manchester United travel to Leicester in a clash between the teams currently in second and third place in the Premier League respectively, while Chelsea aim to continue Thomas Tuchel's unbeaten start in charge at Stamford Bridge against Managerless Sheffield United. 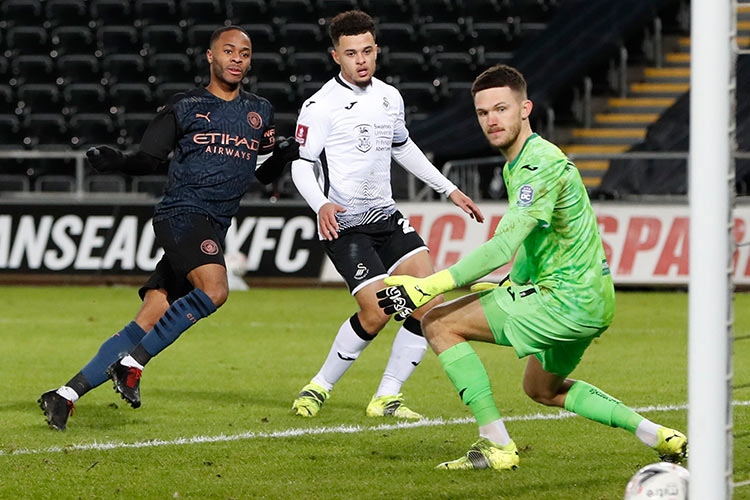 A jam-packed calendar could not thwart a resolute Manchester City from breaking the 130-year old record of the most consecutive victories by a top flight team across all the competitions.