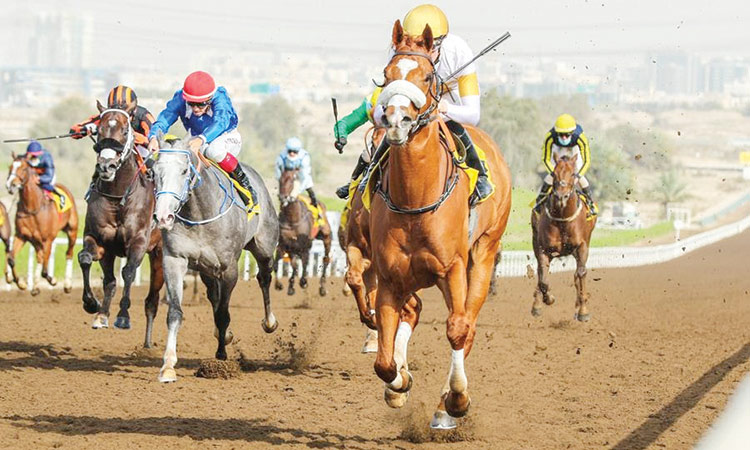 The final meeting of the Jebel Ali season on Friday afternoon was highlighted by the Jebel Ali Classic (Silver Jubilee), a 1400m conditions race which had, on paper at least, looked ultra-competitive, but in reality, proved a fairly straightforward task for Rodaini.

With the maximum allowed field of 16 taking their chance, the runners were spread across the entirety of the track, so it was hard to tell if the winners led from the outset under Pat Cosgrave or stormed clear just under halfway. Either way, they powered home to land the spoils for Touch Gold Racing and Satish Seemar.

On behalf of Touch Gold Racing, manager Mike Kaye said: “It has not been an ideal season obviously and we have struggled to find races for this horse who has had a few issues, but this has turned out be the perfect afterthought!”

The main support race was also a 1400m conditions contest, but restricted to 3-year-old fillies and, at halfway, it looked likely to be a thriller with all six runners in contention. However, once Royston Ffrench asked Cocobai to engage top gear just inside the final 400m the race was, basically over. Third on her sole previous outing, in a 1200m dirt maiden at Meydan just eight days ago, the daughter of Munnings was far too good on this occasion for Salem bin Ghadayer and Sheikh Hamdam bin Mohammed Al Maktoum. It was probably a fair race, for its type, given that runner-up Nayefah and eventual fifth, Super Chianti, had been placed in the UAE Oaks and UAE 1000 Guineas respectively.

Ffrench said: “She ran very well the first time, from a bad draw when she showed her inexperience and she clearly benefitted from that.”

A capacity field of 16 contested a competitive 1400m handicap and, as has become ‘the Jebel Ali norm’ on the straight track, the field utilised most of the wide surface at their disposal. Always close to the pace, initially on the nearside, Jim Crowley and Almoreb grabbed the overall initiative with about 375m remaining and, despite wandering towards the far side, always looked in control for race sponsor Sheikh Hamdan bin Rashid Al Maktoum and Ali Rashid Al Rayhi. A 7-year-old gelded son pf Raven’s Pass, Almoreb was registering a fifth career success and second locally, having win a course and distance handicap last November under Dane O’Neill.

Crowley said: “That is, basically what this horse is all about; tough, game and tries his best, so it is nice to get his head back in front. He was perhaps getting a bit lonely, so drifted a bit across the track, but as I said, is tough and genuine.”

For 3-year-old colts and geldings, the opening 1400m maiden was won in gritty fashion by Doug Watson-trained Faithful Soldier, well beaten on his only previous start, at Meydan five weeks ago, when a slow start pretty much put paid to his chances.

The choice of stable jockey Pat Dobbs on this occasion, the Not This Time colt was settled just behind the early speed before quickening to the front inside the final 350m. From that point, his only serious rival was stable companion Al Murqab who tried hard for Sam Hitchcott without ever really looking likely to deny Dobbs’ mount.

It was a first ever winner for owner Amanda Butler, with her only horse to date, and Watson said: “He arrived a little bit late, so we only managed to run him one time before this, so he was always a little bit behind the other young horses.

Watson doubled up later on when Richard Mullen performed the steering aboard Ababil who ran out the easy winner of a 1200m handicap, another victor on the card to race on the standside rail.

The inaugural Mohamed Ahmed Taha Cup, a 1950m handicap named in honour of the late Al Adiyat editor, also went to Watson who was thus soon celebrating a treble, this time with Sam Hitchoctt in the saddle aboard Coast Sky who ran on too strongly for Dobbs and stablemate Falcon Claws. The Watson duo pretty much had the race between themselves over the final 300m, Hitchcott’s mount getting on top in the final 100m. A 4-year-old Kodiac colt, Coast Sky was shedding his maiden tag at the ninth attempt.

The final race of the Jebel Ali season was also a 1950m handicap, this one dominated by Ahmad bin Harmash who saddled both first and second, Mudallel landing the spoils under apprentice Saif Al Balushi from stable companion Woodditton, the mount of Fernando Jara. 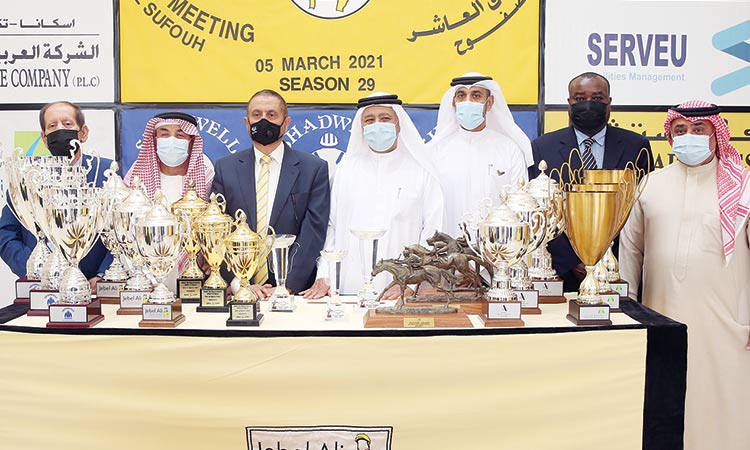 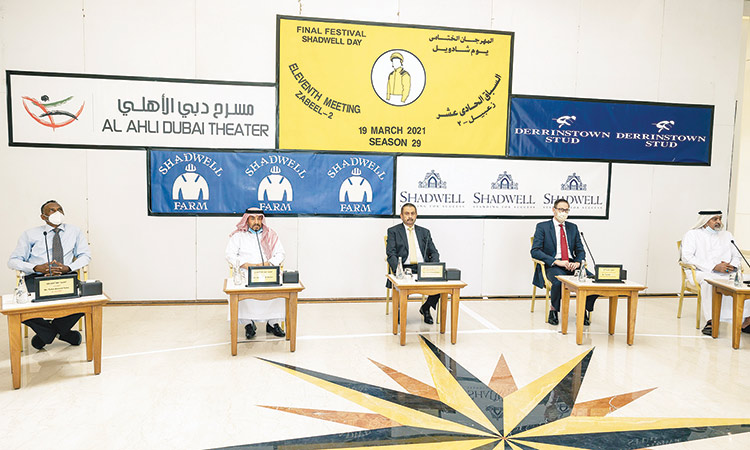 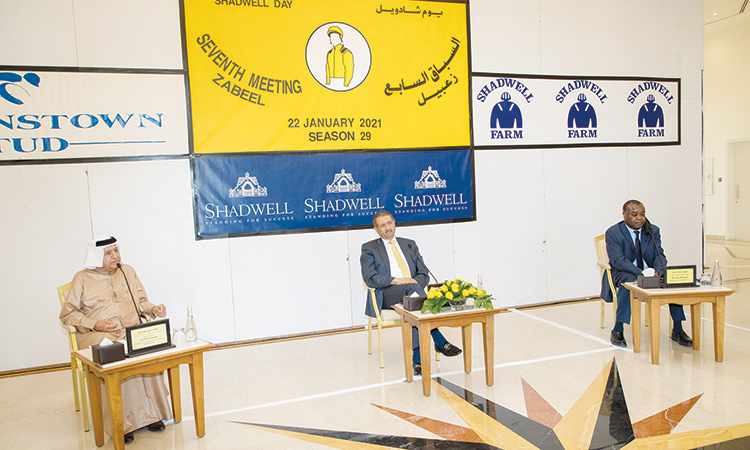