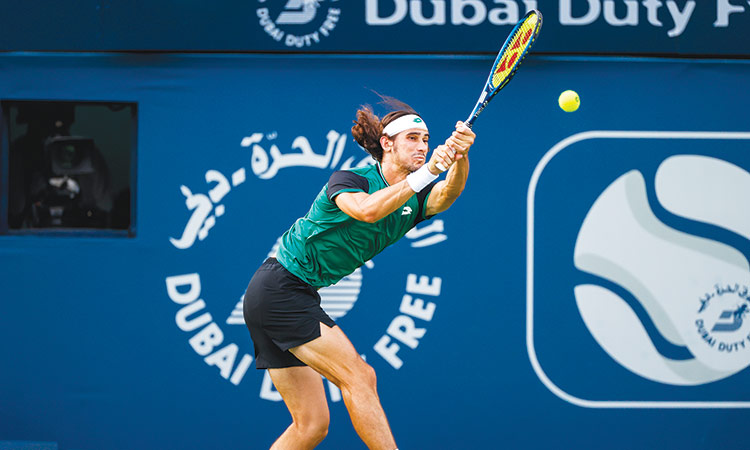 Aslan Karatsev ended Andrey Rublev’s 23-match ATP 500 winning streak, when he overpowered the second seed 6-2, 4-6, 6-4 to set up the title showdown against Harris.

On Saturday, the world No.81 will be bidding for his maiden ATP title. Last year, he lost to Rublev in the Adelaide final (ATP 250) in his only tour-level final.

En route to the final, Harris has won the two biggest matches of his career as he had previously sent top seed Dominic Thiem packing and defeated Kei Nishikori before beating Shapovalov.

“I don’t have many words right now. I am super happy with this win,” Harris said in an on-court interview.

“Being a set and 2-4 down is mentally and physically a little bit troublesome for me, but I found my best tennis from there. I am just extremely happy with the result right now,” he added.

Harris, who took a medical timeout in the first set to have his right thigh taped and painkillers to be able to continue to play, fired 12 aces and 28 winners in the match while Shapovalov hit a massive 41 unforced errors in the defeat.

The Canadian was on course for victory after winning the first set through a tiebreak and then breaking Harris in the fifth game of the second set.

Capitalising on Shapovalov’s string of unforced errors, Harris broke his rival twice to push the match to be settled through a decider.

Both players held serve throughout the decider before Harris secured a ticket for the final on his second match point in another tiebreak.

Talking about the final, the delighted South African said: “I mean this is what I am working for. This is what I have been putting in the hard yards for. I have been waiting for some results like this. To have so many of them in one week is a fantastic feeling. I have got one more match to go.

“It’s been a lot of matches, I’m not going to lie, but if you’re playing a final you find energy so obviously I am going to try and get every bit of energy that I have in the tank out tomorrow. I am also looking forward to the final and hopefully, I can come out and play even better tomorrow.”

“It was a close match,” said Farah. “I think they were very aggressive in their strategy. They were going all-out out there… In the tie-break, they gave us a couple of double faults and we were right there, playing well on our serves. At the end, I think we made the difference,” he added.”

Making their first appearance at the ATP 500 tournament, the Colombian pairing of Cabal and Farah are attempting to capture their first title since the 2019 US Open.