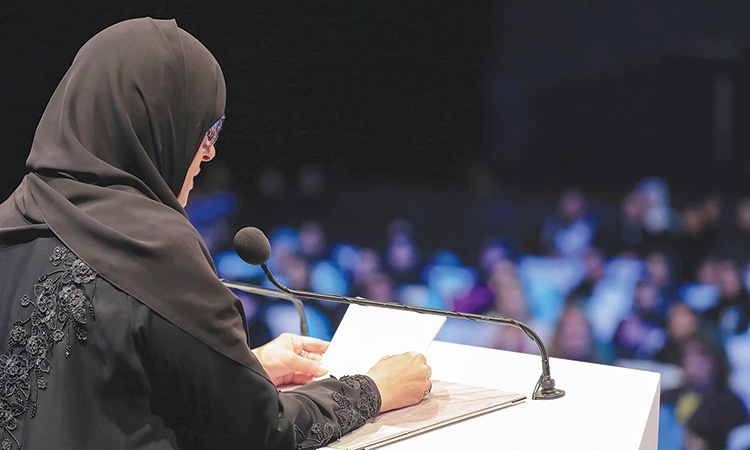 Sheikha Jawaher says the next stage of the foundation will be a building block for new achievements.

Her Highness Sheikha Jawaher Bint Mohammed Al Qasimi, wife of His Higness the Ruler of Sharjah and Chairperson of the Sharjah Women’s Sports Foundation (SWSF) approved the Foundation’s strategic plan, including serving the sports sector in all its aspects and developing women’s sport in the country in general and the emirate in particular, with highlighting the role of Emirati women in sports in forums, reaching regional and international competitions, and encouraging them to participate in various sports.

Commenting on this, Sheikha Jawaher lauded the impressive development in women’s participation in the sports events locally and regionally, praising the work system and the strategy of Sharjah Women Sports Foundation and its remarkable role in promoting women’s sport in the Emirate of Sharjah.

She added that the next stage of the foundation, with a strategy that keeps pace with the development of the sports sector, will be a building block for new achievements in the sports sector, being one of the most important societal sectors that promote the health of individuals and their mental skills.

The new goals seek to empower national competencies and develop human capital in the field of women’s sport, while raising new qualified generations of women leaders in the sports field; in cooperation with the competent federal authority and international institutions and working to develop and attract cadres, in addition to consolidating sports and raising the community’s awareness of the importance of the development of women’s sport.

The SWS Foundation has set many specialisations for the coming period, the most prominent of which is the qualification of sports leaders, and attracting cadres in all fields to support competition, setting up an effective comprehensive framework for women’s sport in line with the directives of the state, the emirate and international directives, as well as qualifying ambassadors for women’s sport in the emirate at the regional and global levels.

The new competences also shed light on the significance of women’s participation in the Olympic sports, while developing long-term plans and policies to provide financial resources for the development of programs.

Nada Askar Al Naqbi, Director General of the SWSF, expressed her optimism about the coming period of women’s sport activity in light of the unlimited support of Sheikha Jawaher and her insightful vision in how to exploit capabilities of Emirati girls.

Lauding the Foundation’s distinguished scientific approaches, Al Naqbi stressed the Foundation’s importance in empowering the Emirati girls and women in the coming years in light of the great development that the country witnesses in all fields.

Sheikha Jawaher is a pioneer in promoting the Arab women in sports in the region. Under the directives  of Her Highness, Arab Women Sports Tournament, a biennial event, is held every two years.

Despite the pandemic, when all the sporting activities had come to a halt and brought the whole world to its knees, the event was held successfully in 2020.

The 10-day event, which ran under the patronage of Sheikha Jawaher, saw the participation of a record 78 clubs from 18 Arab countries competing for the top spot in nine sporting categories: shooting, basketball, volleyball, table tennis, athletics, show jumping, fencing, archery and karate.

A closing ceremony was held at SWSF after the conclusion of the basketball championship match, at which the best performing clubs and athletes were honoured.