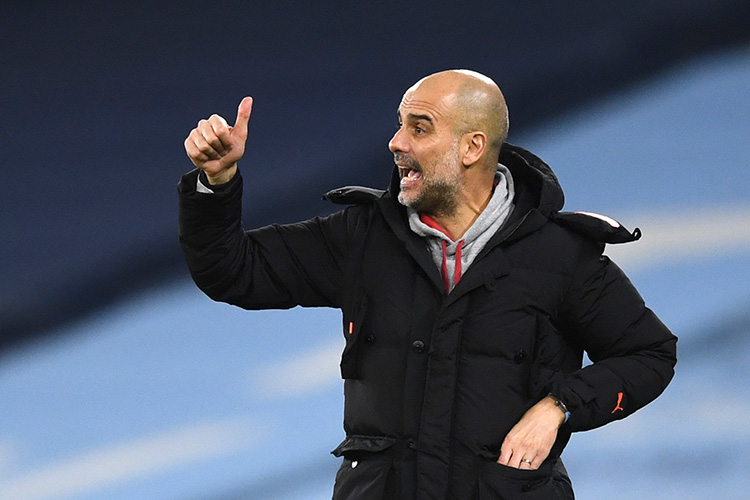 Pep Guardiola gestures during match between Manchester City and Southampton at the Etihad Stadium in Manchester on Wednesday. AP

Manchester City coach Pep Guardiola was all praise for his players as they exuded a remarkable recovery to beat Southampton 5-2 despite being denied a blatant penalty at a very crucial stage of the game when the score was levelled at 1-1.

City, who are chasing a quardraple, are now 14 points clear at the top of the Premier League as they close in on a third title in four years.

A 21-game winning run for Guardiola's men came to an end against Manchester United on Sunday. But City offered the second-placed Red Devils little extra encouragement that there was a route back into the title race as Riyad Mahrez and Kevin De Bruyne both struck twice.

Guardiola, though, was still furious after VAR did not intervene when Alex McCarthy wiped out Phil Foden after overrunning the ball.

The England midfielder tried to stay on his feet to tap into an empty net, but, after the chance slipped away, VAR did not tell referee Jon Moss to review the incident.

"Jon cannot see it but that the VAR is there and don't whistle the penalty is incredible," said Guardiola.

"You know after four years I don't talk about the referees, but this action is incredible.

"Maybe one day they will explain us really the rule for all the players, managers.

"That's why I am proud because in this club, I don't know in others, what we have done in these past years we won it ourselves that's for sure." City's winning run had started against Southampton back in December when the Saints were flying high and above the now champions-elect in the table.

However, Ralph Hasenhuttl's men have taken just nine points from their last 15 games to tumble down to 14th.

The visitors made a bright start before their leaky defence began to creak when faced with City's array of attacking talent.

De Bruyne smashed home the opener off the underside of the bar after McCarthy had parried Foden's shot on 15 minutes.

The lead only lasted 10 minutes, though, as Jannik Vestegaard was hauled down by Aymeric Laporte after his initial header had been parried by Ederson.

James Ward-Prowse coolly converted the penalty straight down the middle.

Moments later came City's penalty appeal, but to their credit the home side turned their anger from that injustice into goals before the break.

The brilliant Mahrez pounced on a stray Che Adams pass before curling into the bottom corner on his favoured left foot.

The Algerian was also the creator for City's third as his right-footed effort came back off the post and Ilkay Gundogan was in the right place to stroke home his 14th goal of the season.

"We won because of the quality of the players we had on the pitch," added Guardiola.

"It's important for Kevin and Riyad to score goals. We need them." Goals continued to flow at both ends after the break as Mahrez wriggled clear in the box again to fire in City's fourth.

A miserly defensive record had been key to the run that allowed Guardiola's side to streak clear at the top of the table.

But they have now conceded six goals in their last four games.

With John Stones rested, Laporte did little to further his chances of starting the big upcoming Champions League games. The Frenchman was again at fault as Adams drilled a loose ball home from close range.

Again City responded almost immediately as Foden teed up De Bruyne to score his second of the evening. 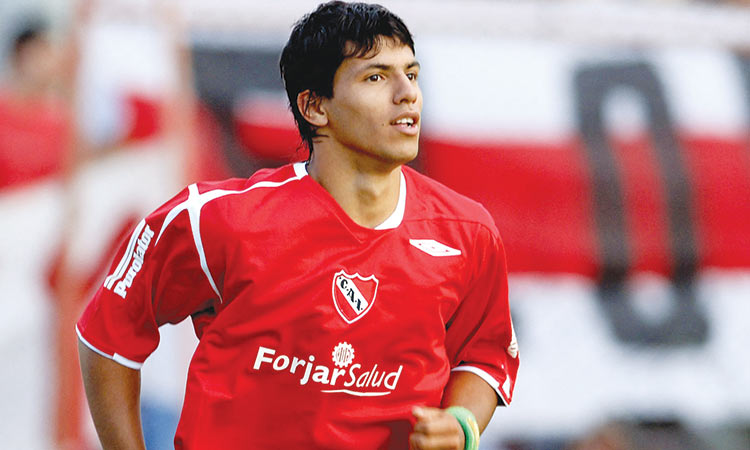 Sergio Aguero is “irreplaceable in the souls, in the hearts, in the minds of our fans,” Manchester City manager Pep Guardiola has said of the club’s record goalscorer who is to leave at the end of the season. Aguero joined City from Atletico Madrid