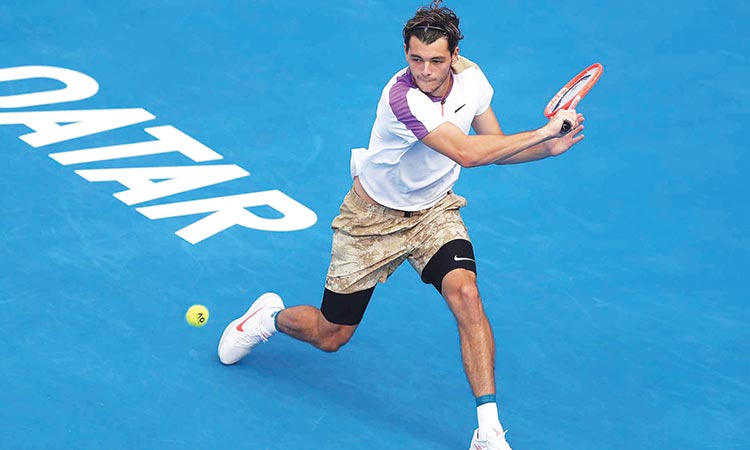 Taylor Fritz in action against Denis Shapovalov during their quarter-final match of the Qatar Open in Doha on Thursday. Courtesy: ATP website

Roger Federer was bundled out of the Qatar Open on Thursday after the Swiss maestro was handed a shock defeat by ATP-ranked 42nd Nikoloz Basilashvili. The player from Georgia, who lost the first set 6-3, came back strongly to beat the tournament second seed 6-1 in the second before wrapping up the match by winning the third set 7-5. Basilashvili, who won the match 3-6, 6-1, 7-5, now meets Taylor Fritz in the semi-finals. The American himself didn’t give up even after his Canadian opponent Denis Shapovalov won 24 straight service points in the first set.

The 23-year-old recorded his first win in four ATP Head2Head meetings against Shapovalov, easing memories of the Canadian’s comeback from two-sets-to-love down in the 2020 US Open third round. Fritz, who saved three match points against David Goffin on Wednesday, will next face second seed and three-time former champion Roger Federer, who once worked with Fritz’s current coach Paul Annacone, or Nikoloz Basilashvili of Georgia on Friday.

“It was mentally a huge victory,” said Fritz. “Not serving out at 5-4, 40/15, really took a lot out of me, particularly after our last match at the US Open last year. I didn’t want to lose again, and so I pushed harder. I’ve had a lot of court time and close wins, coming through under pressure, so I want to keep it going.”

Shapovalov was in total control in the 37-minute opener, but he lost his first point on serve at 0-1 in the second set when a routine forehand approach flicked up off the net and landed wide. Two further errors cost the World No. 11 and Fritz found his way back.

“I don’t think I have ever gone a set without winning a point on someone’s serve,” said Fritz. “That was kind of crazy.

He was just playing really, really well in the first set. I think I just had to play myself into the match. I felt like I was holding [serve] pretty easily. He played a pretty insane game when he broke me in the first set, so I have to just give credit. He played a very good game to break me… I was lucky when the chance came, I was able to take it.”

Fritz took a 3-0 lead, then broke in the first game of the decider when Shapovalov mis-hit a forehand approach long.

The American saved two break points at 4-3 in the third set, but paid the price for not converting two match points on serve at 5-4. Importantly, Fritz didn’t panic and took away Shapovalov’s energy by winning eight of the last 10 points.

When asked what he was thinking after he failed to convert two match points, Fritz said, “The last time after it happened, I was so defeated by it because I knew I choked. This time, I didn’t make first serves on either one of the two points.

“He hit a pretty nice shot at 40/15. Then I made some dumb errors to get broken… I blew it, but I just told myself, ‘I can’t let this happen again. I need to be positive and try to come back and break him.’ I broke him. When I went to serve it out, I told myself, ‘I need to play this game very aggressively’.”

Andrey Rublev moved into the semi-finals without hitting a ball on Thursday after Hungary’s Marton Fucsovics withdrew due to a lower back injury. 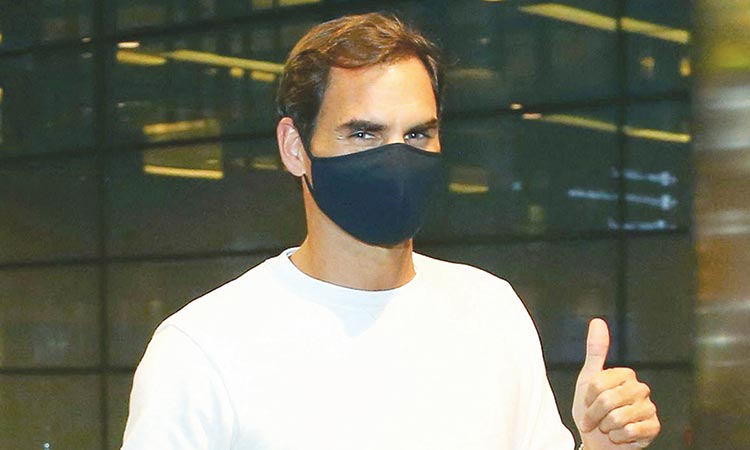