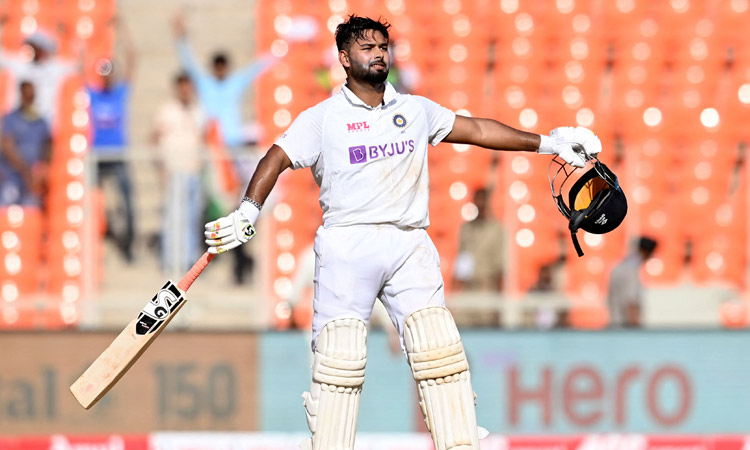 Rishabh Pant celebrates after scoring a century on the second day of the fourth Test at the Narendra Modi Stadium in Motera on Friday. AFP

Rishabh Pant hit a defiant 101 to put India in control of the fourth and final Test against England on Friday.

India reached 294 for seven at the end of the second day in response to England's 205. Washington Sundar was at the crease on 60 with Axar Patel on 11.

"I like to play the situation and I just see the ball and react - that's the unique selling point of my game," said Pant. 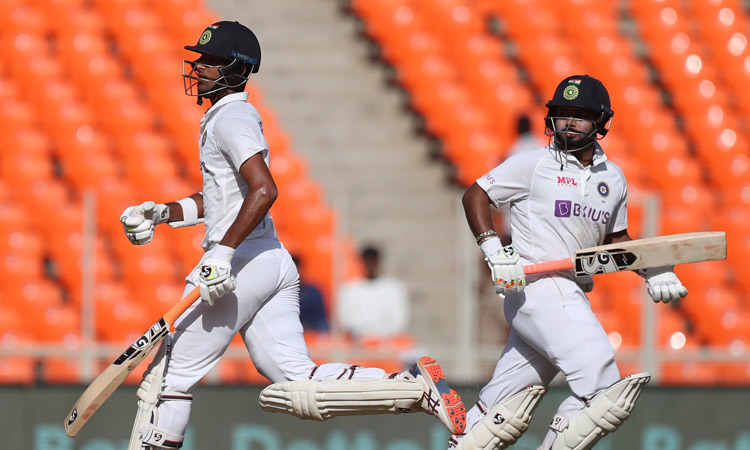 "The team plan was to get to 206, pass the England total and then get as many runs as possible." India made it work again in the Ahmedabad stadium where they crushed England in two days in the third Test.

James Anderson claimed three wickets while fellow pace bowler Ben Stokes and spinner Jack Leach took two each and England seemed to be in contention for much of the day. But left-handed wicketkeeper batsman Pant made light of the tough conditions and reached his third Test hundred with a six off Joe Root's spin.

Pant, who smacked Anderson for his 13th boundary with an audacious reverse hit over the slips, finally fell to the veteran quick and walked off to a standing ovation.

"In my opinion it was one of his finest knocks and it came under pressure as well. We weren't in a good position when he came to bat," said Rohit Sharma, who made 49.

"He was quite cautious at the beginning and then he flourished the way we know Rishabh Pant and put the team into a good position." 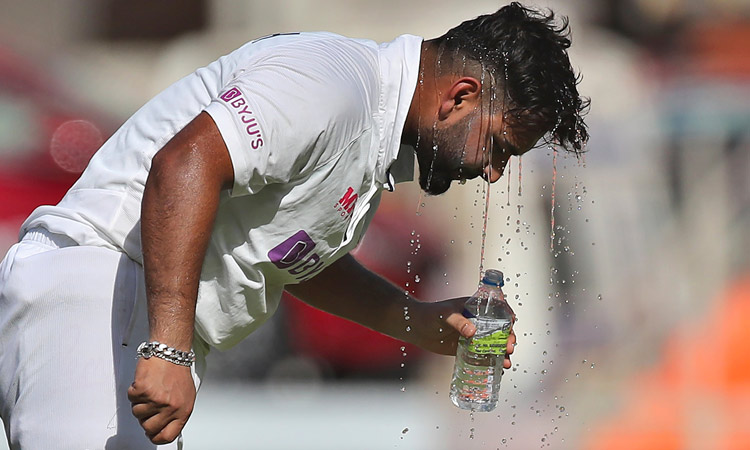 Rishabh Pant pours cold water on his head to beat the heat. AP

Pant, who made 91 in the first Test, has a reputation of throwing away his wicket after a good start due to his attacking style.

Sharma said Pant is "more than ready" to fill the void created by former captain and wicketkeeper Mahendra Singh Dhoni's retirement from international cricket last year. "He seems to be doing the job for us," he said.

"We need to take those three wickets as fast as can. Anything over 100 on a wearing wicket like that, it can be quite interesting."
Sundar kept up the attack reaching his third Test 50. 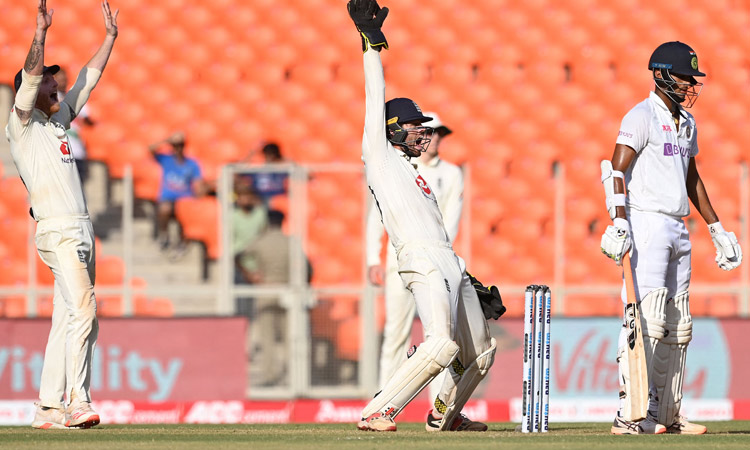 Ben Foakes (C) along with his teammates unsuccessfully appeals against the wicket of Washington Sundar. AFP

Suffering from an illness that appeared to take a mounting toll, Stokes earlier took two key wickets, including Kohli, and catching Ajinkya Rahane in the slips added to his key role after hitting 55 on day one.

He combined with Anderson, who bowled 11 maidens in 20 overs to make India work for their runs after they resumed the day on 24-1.

Spinner Jack Leach took the day's first wicket after trapping Cheteshwar Pujara lbw for 17 with the overnight batsman adding two to his score.