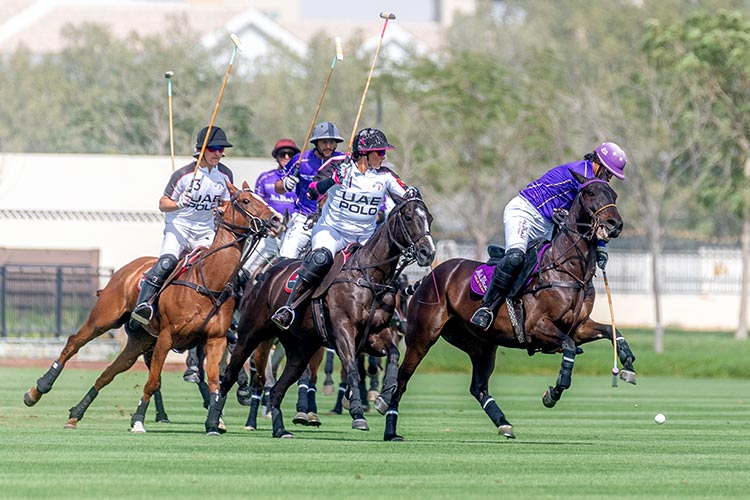 Tomas Panelo, nicked the first goal for UAE Polo that was directly matched by Alfredo Cappella from Abu Dhabi Polo and the first chukker closed at a tie.

The UAE Polo carved a five-goal lead by the end of the second chukker.

Controlling the game, they extended their lead to six more goals by halftime. In the critical situation, Abu Dhabi raced to narrow the gap in scores in the last two chukkers but the lead of UAE Polo was enough to seal the win at 12 goals to 6.

A fervid match ensued in the next half of the afternoon as Habtoor Polo faced Ghantoot Polo. On the first chukker, Llorente Jr claimed the first and second goal trailed by another back to back goals from Marcos Araya which gave Ghantoot Polo a headstart in the game.

The flurry of goals plus the strong defense from Ghantoot placed Habtoor Polo in a difficult position despite several attempts from Facundo Sola to level the scores.

The following chukkers played in a similar trend ultimately ending the game at 12 goals to 9 in favour of Ghantoot Polo.