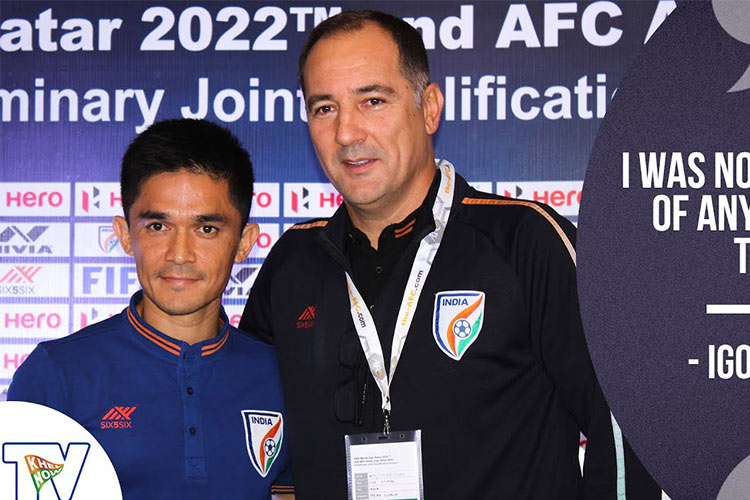 A preparatory camp for the two games will be held in Dubai from March 15 under head coach Igor Stimac.

India football team head coach Igor Stimac on Tuesday named a 35-member list of probables ahead of their friendlies against Oman and the UAE, which will be held in Dubai on March 25 and March 29, respectively.

Liston Colaco, Akash Mishra, and Ishan Pandita are among 10 first-time inclusions in the list in response to their performances in the Indian Super League (ISL) this season.

"We have kept 35 players in the list as a cushion in case any player picks up an injury during the ISL playoffs," said Stimac.

The Croatian said that Brandon Fernandes, Rahul Bheke, Sahal Abdul Samad and Asish Rai do not feature in the list as they are recovering from injuries.

A preparatory camp for the two games will be held in Dubai from March 15 under head coach Igor Stimac.

India's last match ended in a 1-0 defeat to Oman in the 2022 FIFA World Cup qualifier on November 19, 2019. While they were scheduled to resume their World Cup qualification campaign with a match against Qatar in March, it was eventually postponed due to the Covid-19 pandemic.

The qualifiers are now scheduled to resume in June with India facing Qatar on June 3, Bangladesh on June 11 and Afghanistan on June 15.

Travellers from the UAE, Oman, India, Pakistan, Bangladesh, Sri Lanka, Nepal, Thailand, Malaysia and Indonesia will have to spend 14 days in quarantine upon arrival.