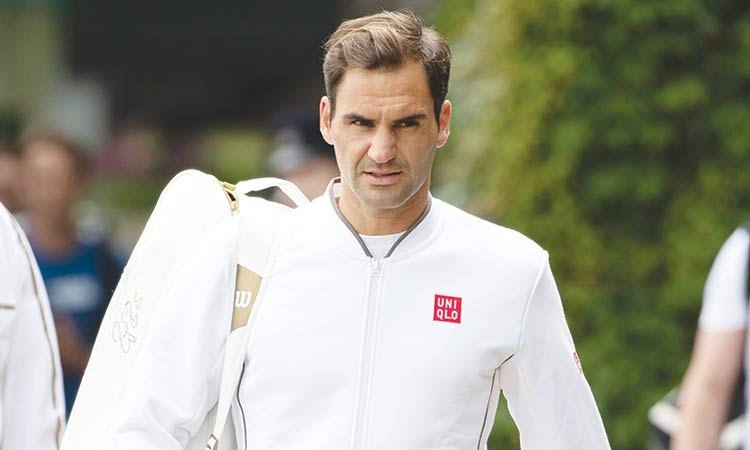 Roger Federer’s withdrawal is a blow to the organisers of the Miami tournament. File

Defending champion Roger Federer has withdrawn from this month’s Miami Open as he works his way back to full fitness following surgeries to repair his right knee, US media reported on Monday.

The 39-year-old Swiss star, who has not played since losing in the semi-finals of last year’s Australian Open, is due to make his return from a year-long layoff at the Qatar Open in Doha next week.

However the Miami Herald cited Federer’s agent Tony Godsick as saying on Monday that the 20-time Grand Slam singles champion had opted to skip the Miami tournament for scheduling reasons.

The Herald said Federer could play in Dubai after Doha but would then take a training break.

Federer’s withdrawal is a blow to organizers of the Miami tournament, who were forced to cancel last year’s event as COVID-19 chaos left sport in North America at a standstill.

Miami is still expected to feature a strong field despite Federer’s withdrawal, with world number one Novak Djokovic and 20-time Grand Slam-winner Rafael Nadal confirmed for the men’s draw.

MURRAY RALLIES TO WIN: Andy Murray fought back from a set down to defeat home hope Robin Haase and claim his first top-level win of the year at the ATP tournament in Rotterdam on Monday.

Qualifiers Laura Siegemund and Jessica Pegula proved the value of match play at the Qatar Total Open after pulling off first-round upsets of Elena Rybakina and Wang Qiang respectively.

Siegemund had the tighter contest, edging Elena Rybakina 7-6(7), 7-6(5) in two hours and 29 minutes.  Pegula, fresh off her maiden Grand Slam quarterfinal at the Australian Open, needed just one hour and 15 minutes to progress 6-2, 6-1.

Jabeur would hold back the tide of qualifiers, though. The Tunisian, who thrilled the 2020 Doha crowd by reaching the quarterfinals, beat Anna Blinkova 6-2, 6-2 in one hour and eight minutes to set up a pre-quarterfinal against No.2 seed Karolina Pliskova.

Earlier, in an opening day match on Monday, Svetlana Kuznetsova and Victoria Azarenka provided what was perhaps the best tennis on the opening day of the Qatar Open on Monday, with Azarenka prevailing 6-2 6-3.

Meanwhile, seventh seed and Australian Open finalist, America’s Jennifer Brady, succumbed 6-1 6-2 to Estonia’s Anett Kontaveit who has only progressed as far as the second round at the last two editions in Doha.