England need to find a way to bat well in tough conditions against India: Foakes - GulfToday 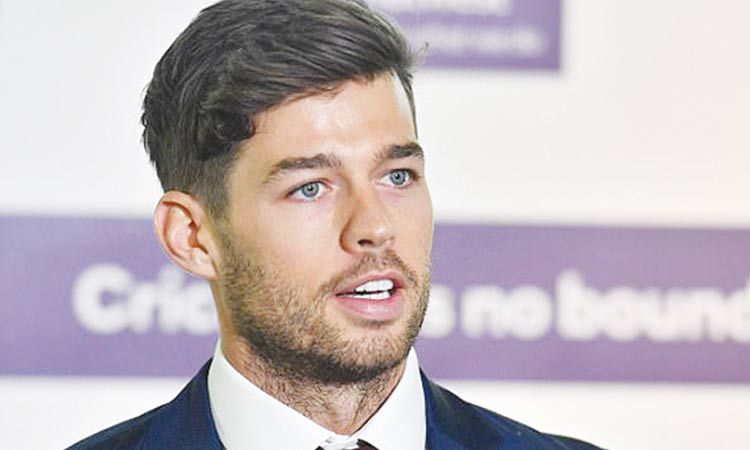 Ben Foakes insists England are prepared to contend with more difficult conditions as they bid to square the series against India in the fourth and final Test in Ahmedabad next week. File

“I don’t think (the next Test is a concern). I know what we are going to get. I guess they are pushing their conditions and their strategies and we know it is going to spin quite considerably from ball one. So it is more about trying to find a way to play well in those conditions,” wicketkeeper-batsman Ben Foakes told the media on Sunday.

Foakes, 28, was the lone impressive performer for the visitors in the second and third Tests of the series. His wicketkeeping has received rave reviews with former India stumper Kiran More calling him one of the best wicketkeepers to tour India, one who has great head and hand position and also balance.

Foakes believes that his side needs to find a way to bat well in tough spinning conditions.

“Obviously, we got thoroughly outplayed. Those were tricky conditions, but they played well.  They have a couple of class spinners and we did not have answers to them so I think going forward, we have to be good enough to counter that to score big runs on the board,” he was quoted as saying by news agency ANI.

Although Foakes said he enjoyed wicket-keeping in India, he said the bounce on Indian pitches is not as consistent as it is on Sri Lankan pitches, which also aid a lot of turn.

“Generally when a ball spins, it is fun to keep. The biggest thing that I found in Sri Lanka is that when it spins, it spins consistently. You know that the ball is going to turn,” said Foakes.

He added that the pink ball made things even more difficult during the third Test which England lost inside two days.

“Especially that pink ball, it can spin square past the batter or it can skid quite quickly. (These have been) couple of toughest pitches I have kept on,” said Foakes.

“The last two games were the hardest that I have kept wickets on. I have never seen the ball turn like that. They were like day five pitches from ball one. I have not probably seen a wicket like that,” he said.

Foakes said that the batsmen in the team were caught by surprise, but they will have to grind it out in the last match.

“After the first Test, we thought these will be like more of a traditional Indian wickets on which you can bat at the start of an innings. But after the second Test, we realised that the ball spinning from the start can be a challenge mentally,” he said.

“We have to grind hard and put bigger runs on the board. I would try to be as compact and be solid,” Foakes added.

Lyon backs Motera Pitch: Meanwhile, Australia spinner Nathan Lyon threw his weight behind the pitch that was rolled out at the Narendra Modi Stadium for the third Test between India and England.

A number of former cricketers from both India and England said that the pitch was not suitable for Test cricket.  Lyon, however, joked that he was thinking about bringing the curator for the Motera Test to the Sydney Cricket Ground (SCG).

“I was up all night watching it. It was absolutely brilliant. I’m thinking about bringing that curator out to the SCG,” Lyon said according to cricket.com.au.

“We play on seaming wickets around the world and get bowled out for 47, 60. Nobody ever says a thing (about the pitch). But as soon as it starts spinning, everyone in the world seems to start crying about it. I don’t get it. I’m all for it, it was entertaining,” said the offspinner, who with 399 wickets is the third most successful Australian bowler in Test cricket behind Shane Warne (700 wickets) and Glenn McGrath (563).

Lyon was amused by the fact that England played with four fast bowlers and deployed Jack Leach as the lone full-time spinner on that pitch. “The best thing about this Test match that just passed is that England went in with four seamers. That will do me. I don’t need to say any more,” he said.