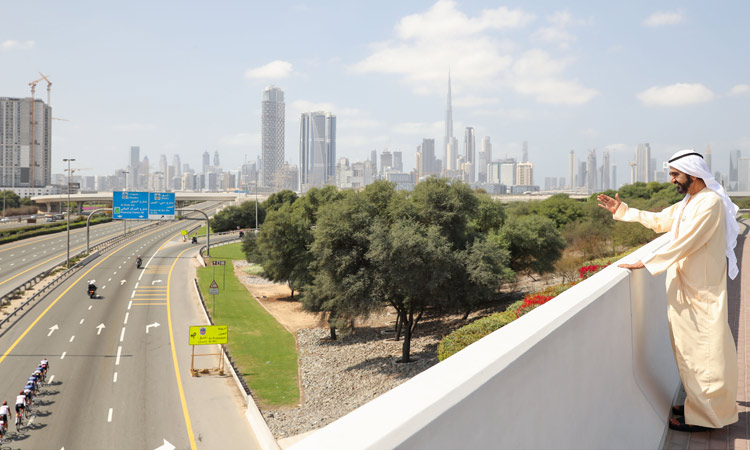 Sheikh Mohammed waves at the UAE Tour participants in Dubai on Friday. WAM

Sheikh Mohammad was seen waving at the cyclists from the sidelines. 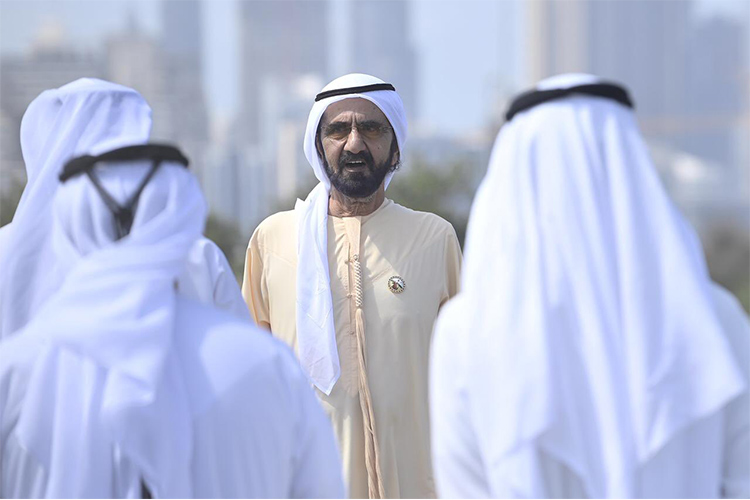 Friday's penultimate stage is a 168-kilometre charge from Dubai to the artificial island of Palm Jumeirah. 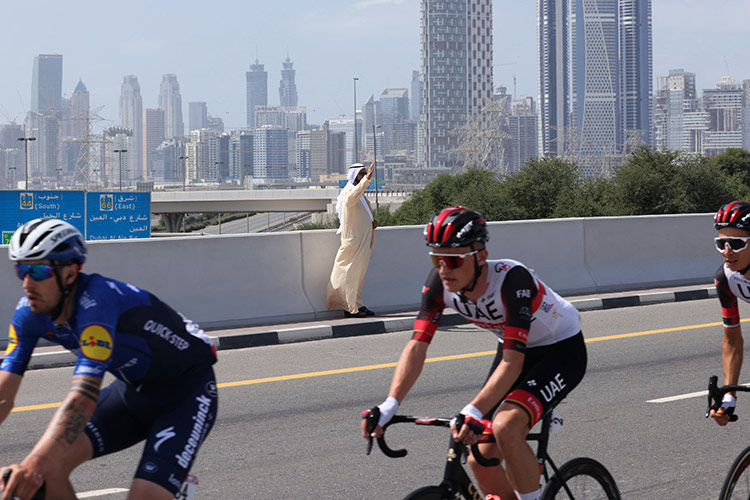 Reigning Tour de France champion Pogacar finished three seconds behind Vingegaard and just ahead of Briton Yates, who now sits 45 seconds behind the Slovene in the general classification. 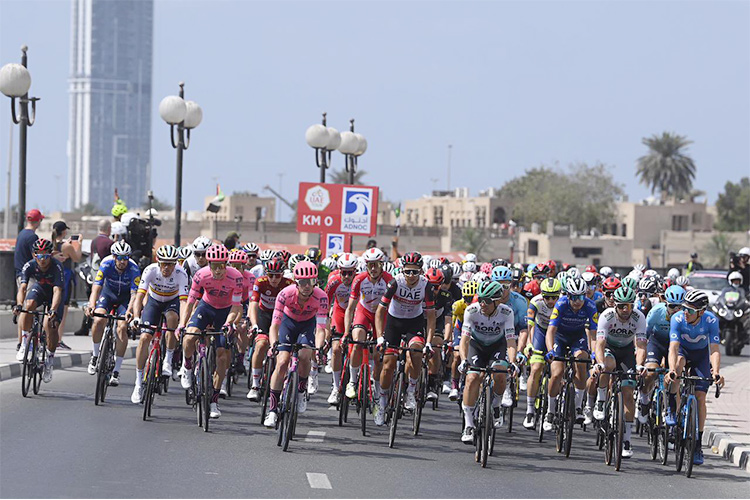 The pack rides during the sixth stage of the UAE Tour.

The road now seems clear for the UAE Emirates rider to claim the overall title on Saturday.

"I'm glad I've retained the lead but I'll stay focused in the next two days," said Pogacar. "There are no more mountains, but I haven't won the UAE Tour yet."

Vingegaard attacked at the highest point of the week-long race, at an altitude of 1,489 metres, just one kilometre from the finish to deny Kazakh Alexey Lutsenko.