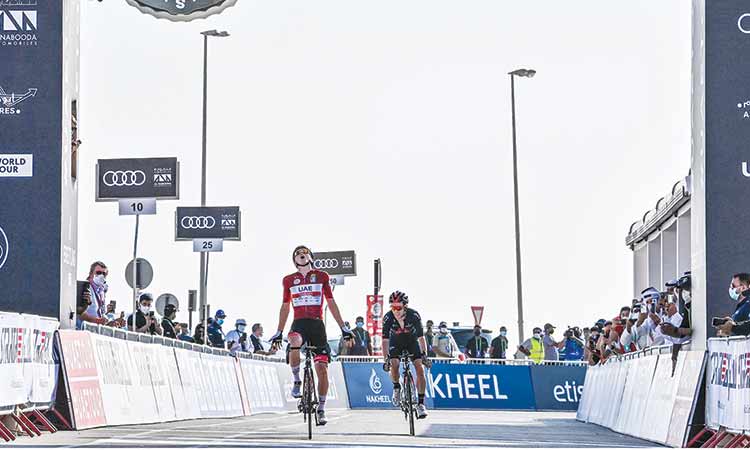 UAE Team Emirates’ Tadej Pogacar celebrates upon crossing the finish line to win the third stage of the UAE Tour from Al Ain to Jebel Hafeet on Tuesday.

Pogacar, who dominated on the second summit finish at Jebel Hafeet last year, is only the second rider to win twice at the UAE’s iconic mountain after Alejandro Valverde (2018, 2019). The four other stage winners on the mountain top at the Abu Dhabi Tour and the UAE Tour have been Esteban Chaves, Tanel Kangert, Rui Costa and Yates.

The result stretched Pogacar’s overall lead to 43 seconds over Yates, with Joao Almeida of Deceuncink-QuickStep, who finished sixth in the stage, at 1 minute 03 seconds in third.

Pogacar said his plans had gone perfectly after he took a major step towards victory in his team’s home cycling Tour.

The Tour de France champion had already started the day in the leader’s red jersey and finished it by beating last year’s UAE Tour winner Adam Yates, who Pogacar forced into doing most of the grunt work in the finale.

“I’m super proud and really happy with the win. Big thanks to the team today. They truly did a good job protecting me from the wind, but also in trying to defend from all the attacks. It was a good feeling. And, by taking the victory, I gained some seconds in the GC, said Pogacar.

“We stayed in the right spots in all the race and the guys drove me to the bottom of the climb really good and then set the pace. All I had to do was respond to attacks. It was super hard but I’m super happy to win. I made my move early because the final two corners makes it tough for a guy behind to overtake,” said the Slovenian, who climbed this section in training repeatedly in intense preparation for the Tour.

“I knew exactly what I needed to do to win this sprint,” Pogacar admitted when asked about his preparations for the race.

Yates, the Ineos team leader this week, now sits second, 43sec behind with one more climb stage to overhaul the on form Slovenian.

“The UAE Tour is not won overall yet. There’s still four stages. Anything can happen. There could be echelons and there’s still one more climb. It will be a hard battle until the end. A lot can happen in the last four stages,” said the 22-year-old who had his image emblazoned on the tallest building in the world the Burj Khalifa tower in Dubai after his win in September on the 2020 Tour de France.

But Yates truly took the battle to Pogacar with a series of blistering accelerations on the way up the 10km 5.4 percent gradient Jebel Hafeet summit finish climb. Only Pogacar managed to follow Yates as the other contenders, chiefly the brilliant Portuguese rookie Joao Almeida dropped away with Yates’ relentless attacking.

“I wanted to make time on the others, and Adam certainly did,” said Pogacar.

But under immense pressure to win this Tour Pogacar refused Yates’ pleas to launch a joint bid to distance the others.

Instead, from a position of strength he sat on Yates’ wheel and then skipped away from him over the final 400m.

The Briton however almost overhauled him on the line and the pair finished on the same time of 3hrs 58min 35sec.

Almeida and the chasing group crossed the line 48 seconds off the pace, leaving the Quick-Step man in third overall at 1min 03sec.

“It was a hard race. It was super warm and that made it difficult. But I did a good climb and I’m happy with the result. Nobody was helping me to get back on the chasing group but I managed to not lose too much time. I think it was a positive outcome. I guess the top 3 is my goal. I’d love to be on the final podium of the UAE Tour,” said Almeida.

There are four more stages to race with three potential sprint finishes and Thursday’s toughest stage featuring a summit finish at the 21km long Jebel Jais climb likely to be decisive. 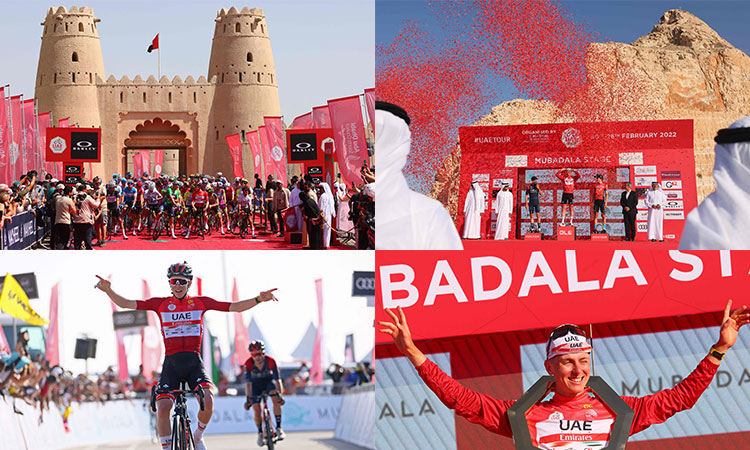 Slovenian cyclist Tadej Pogacar has won Stage 7, the Mubadala Stage, 148km from Al Ain to Jebel Hafeet, ahead of Yates and Bilbao. 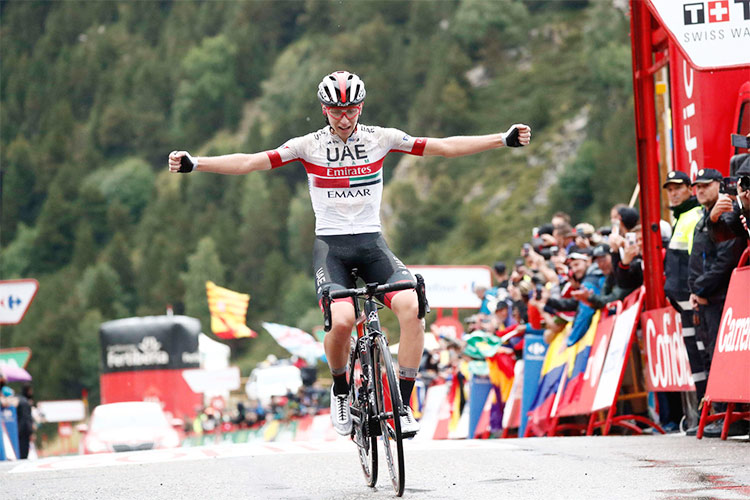 The list features some of the greatest riders in the sport of cycling, with strong battles expected for the leader’s Red Jersey, sprinter’s Green Jersey and individual stage victories when the tour will get under way from Feb.21.