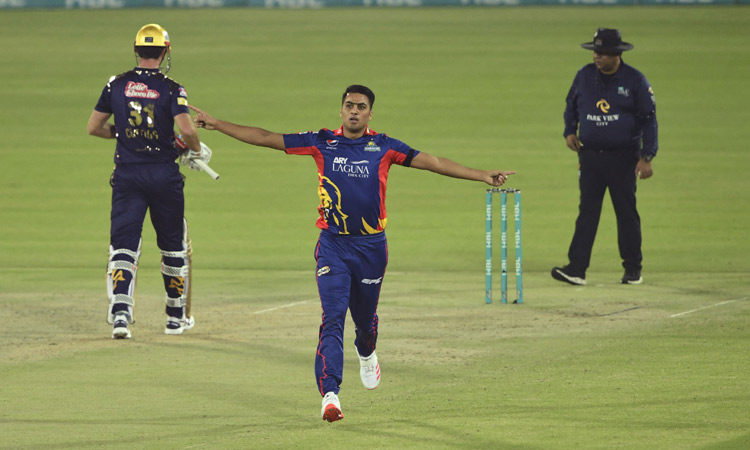 Arshad Iqbal celebrates after taking the wicket of Azam Khan (not pictured) at the National Stadium in Karachi on Saturday. AFP

Karachi Kings defeated Quetta Gladiators by seven wickets in the opening match the fifth edition of the Pakistan Super League (PSL) on Saturday.

After restricting Gladiators to a paltry 121 all out, Kings roped to victory for the loss of three wickets only with 37 balls remaining.

Arshad Iqbal was the wrecker-in-chief as he accounted for the three dismissals, conceding only 16 runs in his three overs to help Kings set up a thumping win in the first match and set the tone for the tournament.

Joe Clarke was the highest scorer as he smashed a 23-ball 46 with the help of six fours and three sixes. 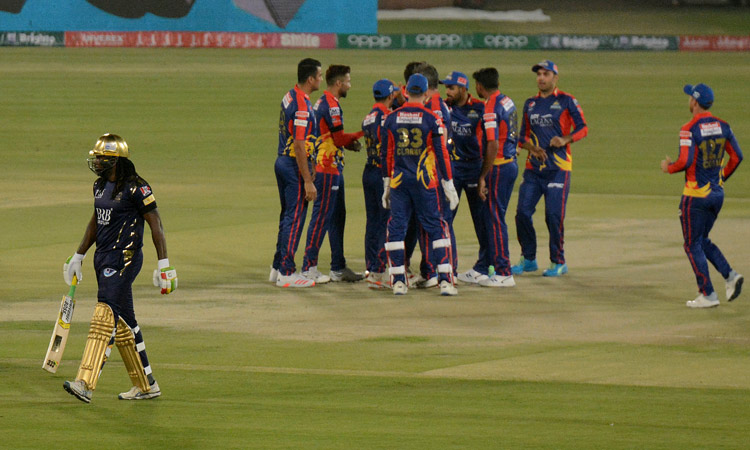 Meanwhile, one player has tested positive for coronavirus while another player and an official were quarantined after breaching disease protocols ahead of the start of the Pakistan Super League in Karachi on Saturday.

Six teams are vying for the title in the sixth edition of the Twenty20 league, which runs from February 20 to March 22 in Karachi and Lahore.

“A player from a franchise team who had shown symptoms and was in isolation has tested positive,” the Pakistan Cricket Board (PCB) said in a statement.

“He will now remain in quarantine for 10 days and will require two negative tests in order to rejoin the side.”

The identity of the player was not disclosed.

Separately, a player and an official from another team were placed under a three-day quarantine after they came into contact with a person outside the league’s bio-secure bubble on Friday. 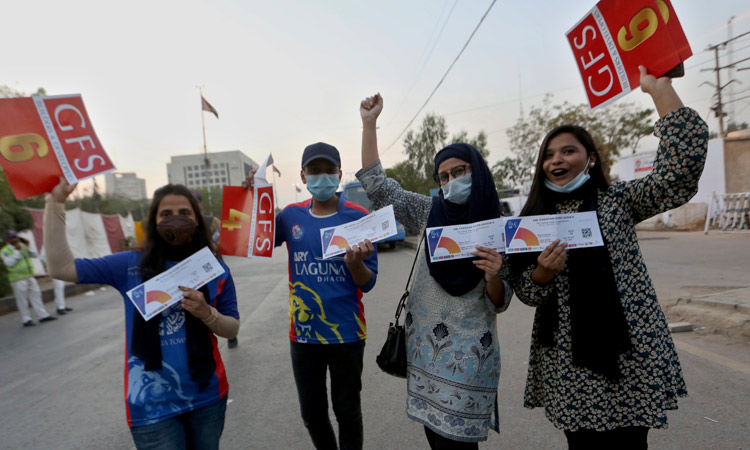 Cricket fans cheer while they arrive at the National Stadium to watch PSL opening match. AP

“The two individuals will now require two negative tests during the three-day quarantine period before they can re-enter the bio-secure bubble in accordance with the re-entry protocols,” the board said.

The PCB said it was disappointed that two people had shown carelessness and violated the bio-secure bubble protocols.

“As reiterated previously, the health and safety of all individuals associated with PSL (Pakistan Super League) is of paramount importance to the PCB and the event,” it said.

Crowds at 20 percent of capacity will be allowed to watch the matches under strict Covid-19 protocols. 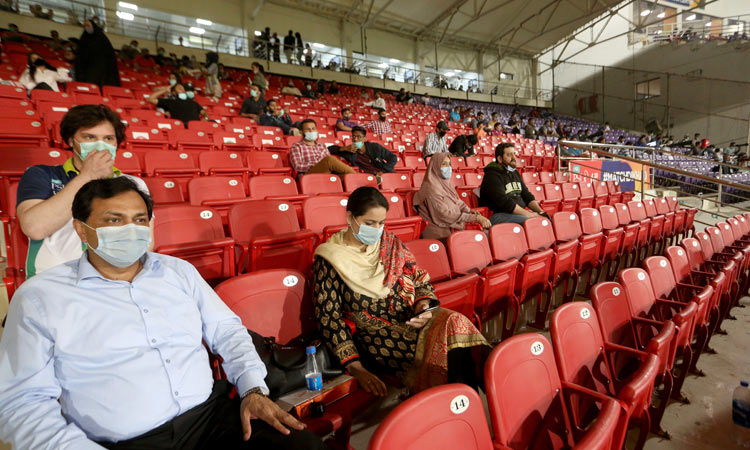 In last year’s league four matches had to be played without crowds in February before three play-offs and the final were cancelled after England player Alex Hales showed symptoms of Covid-19.

The matches were rescheduled to November in a closed stadium, when Karachi Kings won the title. Karachi play Quetta Gladiators in the opening match on Saturday.