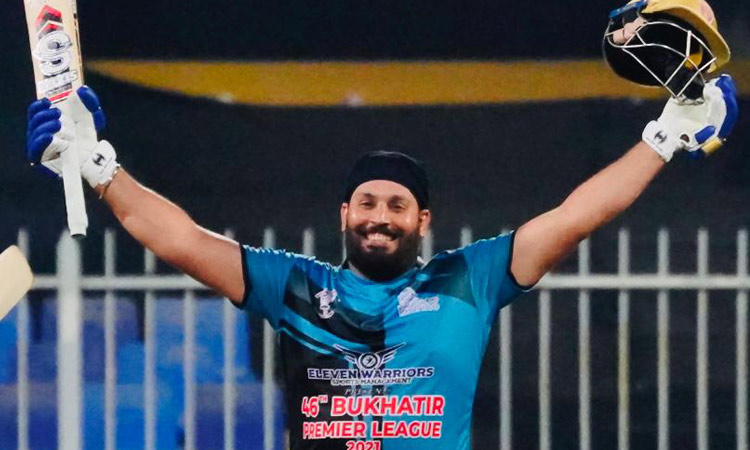 Sandeep Singh celebrates after smashing a double century against Gforce Academy in their Bukhatir Premier League.

Riding on a double century by Sandeep Singh (205) Interglobe Marine (IGM) posted the highest score of the season 435 for 6 and defeated Gforce Cricket Academy by a whopping 284 runs in Bukhatir Premier League the at the Sharjah Cricket Stadium.

Basil Hameed joined Sandeep Singh and both had a wonderful third-wicket partnership of 225 runs.

Sandeep scored a double hundred (205) with 24 fours and 9 sixes while Basil got a quick 92 with 9 fours and 2 sixes. Shivan too smashed a quick-fire 40 runs.
Veteran left arm spinner Gopal Jasapara bowled his 10 overs for 1 wicket while Safeer Tariq picked up two. A total of 435 runs was always a daunting task of Gforce Cricket Academy.

GCA’s Sagar Rambir scored a brilliant 192 runs in 133 balls. He hit 26 fours and five sixes. At the other end Mayank got 48. Nadir Hussain was the pick of the bowlers picking up four wickets in his 10 over spell.

In reply Karwan Strikers were not far behind in chasing the huge target. They finished on 290 for 9. Tahir (46) Shahrukh Amin (56), Moazzam Hayat (43), Shaun Shibu (50) and Yash Ramchandani (43) were the main scorers. Iqrar, Osama and Basil picked up two wickets each. 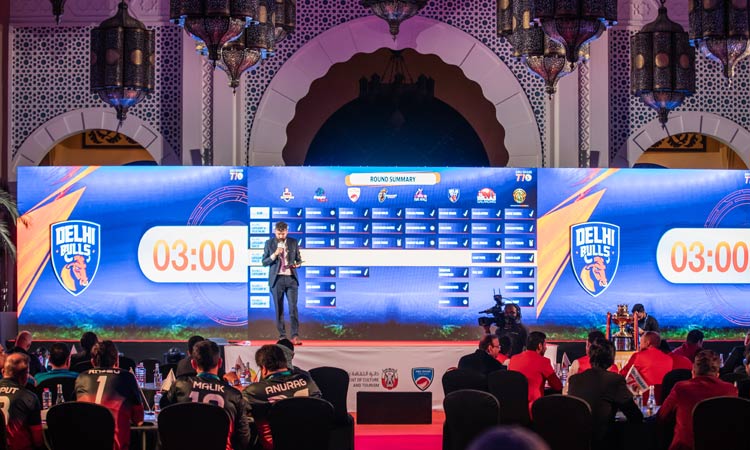