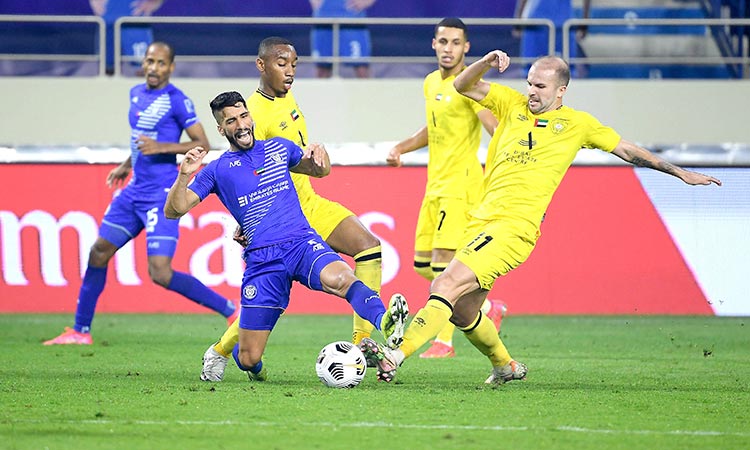 Al Wasl and Al Nasr players in action during their AGL match on Sunday.

Fabio Lima netted a late goal to hand Al Wasl a 1-0 win over Al Nasr in the derby at Al Maktoum Stadium in matchweek 16 of the Arabian Gulf League on Sunday night.

No real chances were created from both teams during the first half, which witnessed a number of poor efforts from the strikers at both ends of the pitch.

The first real chance of the game fell to Al Nasr midfielder Mehdi Abeid, who came close to opening the scoring with a powerful shot from outside the area in the 37th minute, but his effort hit the bar.

Fabio Lima broke the deadlock when he scored what turned out to be the winning goal for Al Wasl from a perfect volley in the 76th minute, which marked his 10th goal of the season.

Al Wasl raised their tally to 26 points in seventh place, one point below Al Nasr who remained fifth.

The decision came just hours before the 2019 AFC Champions League winners suffered a 1-0 loss against Damac FC, their second defeat in their last three matches in the Saudi Pro League.

The 51-year-old, who took charge of Al Hilal in 2019, enjoyed success with the Saudi giants as he steered them to the 2019 AFC Champions League title and the Saudi Pro League and Saudi King Cup double in the 2019-2020 season.

“The board of directors decided to sign a mutual termination agreement with the Romanian manager of Al Hilal Razvan Lucescu, expressing gratitude and appreciation to Razvan and his assistants for their efforts during their career at the club,” read a Al Hilal statement.

Standing in for Lucescu as interim is Al Hilal’s U-19 head coach Rogério Micale, who will take charge of the first team on Monday.

The former Brazilian international goalkeeper led his country to the 2015 U-20 FIFA World Cup final and steered the Brazil Olympic team to win gold at the 2016 Summer Olympics before having stints with Brazilian clubs Atlético Mineiro, Paraná and Figueirense.

In the 2021 AFC Champions League, Al Hilal will have Shabab Al Ahli of UAE, FC Istiklol of Tajikistan and a playoff winner for company in Group A.

The new season kicks off with the preliminary stage on April 7 with the group stage - which starts on April 14 - to be played in centralised venues.

In announcing the deal, the club said Yakhshiboev has signed a two-and-a-half-year contract, with the option to extend further.

The 23-year-old arrives at the 14-time league title-winners from FC Pakhtakor, although his most recent was played in a loan spell at Shakhtyor Soligorsk, where he won the 2020 Belarusian Premier League.

A revelation in his first season in Europe, Yakhshiboev scored 19 goals in all competitions, 10 of which came in an earlier loan stint at Energetik-BGU Minsk.

Comfortable as a striker or a winger, Yakhshiboev won the AFC U23 Championship with Uzbekistan in 2018 and has since gone on to represent the senior national team three times. 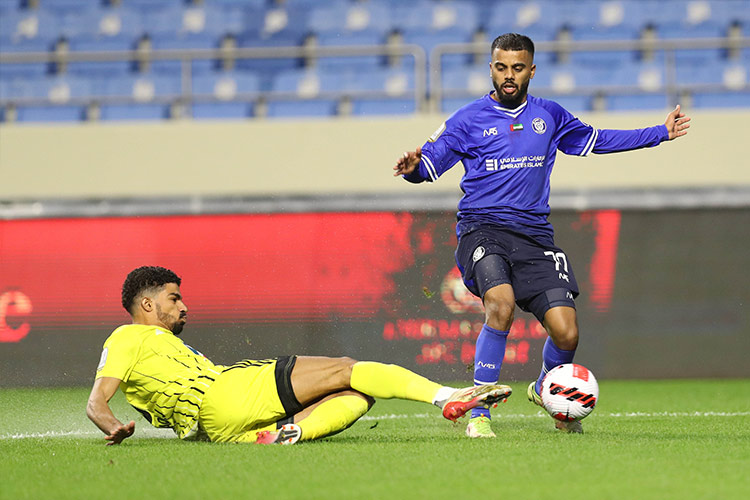 Mohammad Abdulrehman, Juma Abdullah and Ghanem Ahmed were on target as Wasl beat Ajman 4-0 in the fifth round match of the Pro League Cup on Saturday. 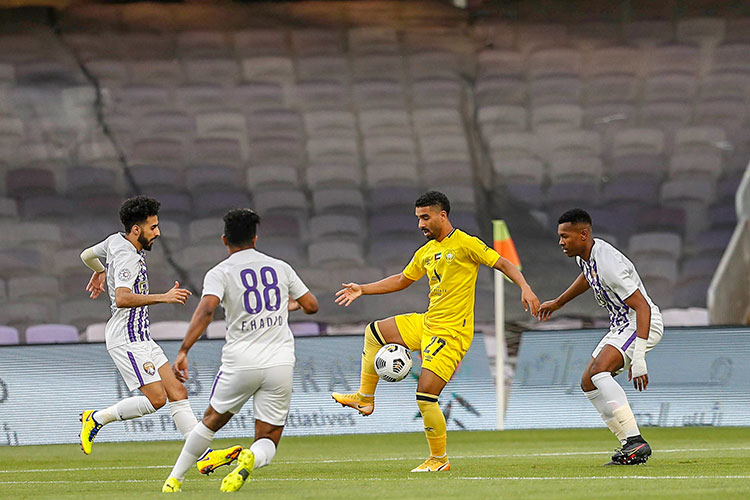 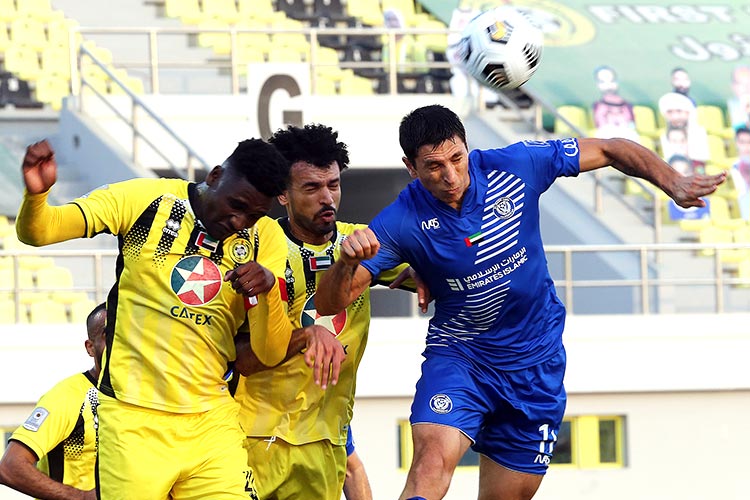