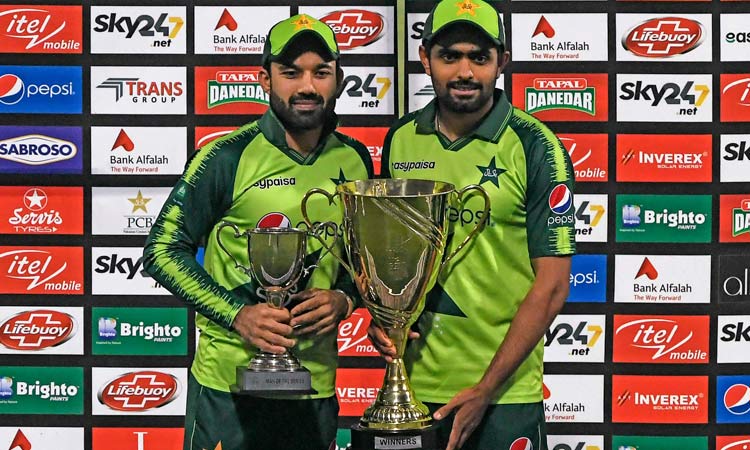 Tail-ender Hasan Ali hit two sixes in the penultimate over as Pakistan overcame David Miller’s 45-ball 85 to beat South Africa by four wickets in their third and final Twenty20 International to clinch the three-match series 2-1 in Lahore on Sunday.

Hasan finished with a seven-ball 20 not out as Pakistan overhauled a 165-run target in 18.4 overs to win the series 2-1, South Africa's first T20I series defeat in Asia.

South Africa had previously won five and drawn one T20I series in Asia. 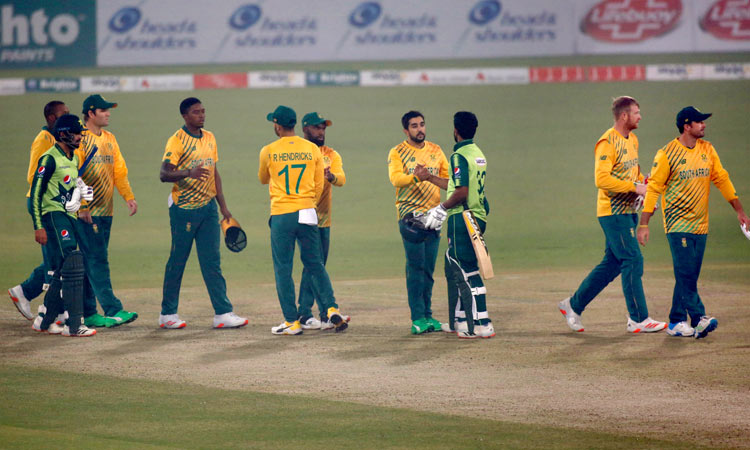 Hasan Ali (third from R) and Mohammad Nawaz shake hands with South Africa players at the end of the match. AP

South Africa's late blip meant David Miller's robust 85 not out and spinner Tabraiz Shamsi's four wickets, which seemed to have put the tourists on the road to victory, were in vain.

Miller smashed seven sixes and five fours off just 45 balls to lift South Africa from a tottering 48-6. He helped add 116 for the last four wickets, taking South Africa to 164-8. 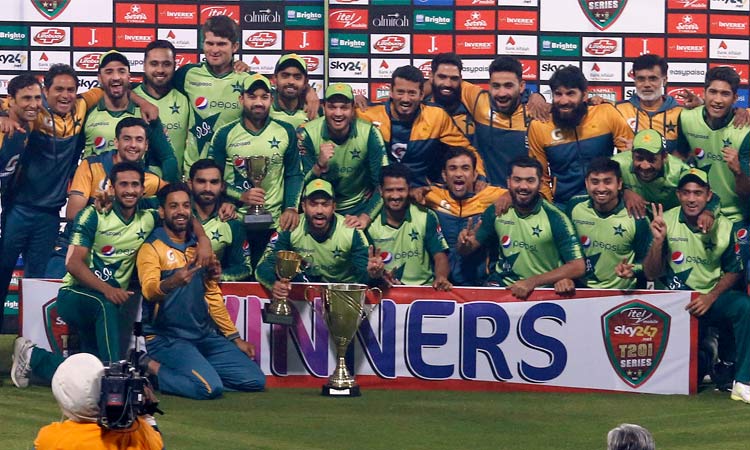 Pakistan's players and team officials pose for photographs with the trophy after winning the T20 series against South Africa. AFP

With 16 needed off the final two overs, Andile Phehlukwayo bowled a waist-high no-ball which Hasan hit for six to ease the pressure. He then hit a four and a six to seal victory. 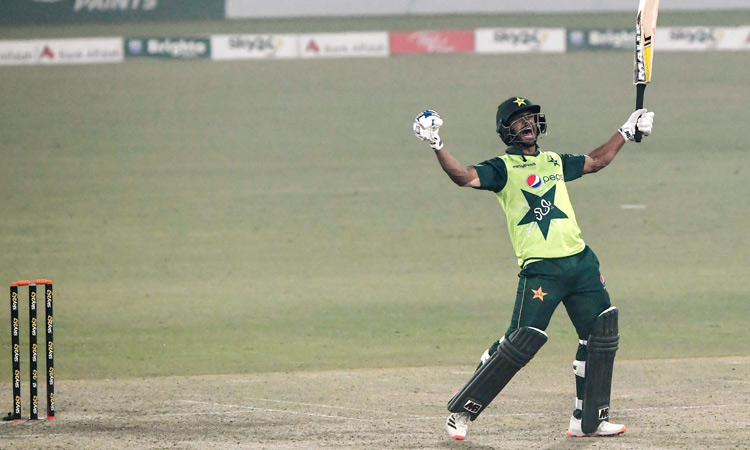 Mohammad Nawaz finished with 18 not out, while skipper Babar Azam scored 44 and in-form Mohammad Rizwan made 42. Pakistan, who opened with Haider Ali instead of Azam, raced to 51 off 6.1 overs before Shamsi dismissed Haider (15), removed Rizwan leg-before and bowled Hussain Talat for five to halt the home team's progress. 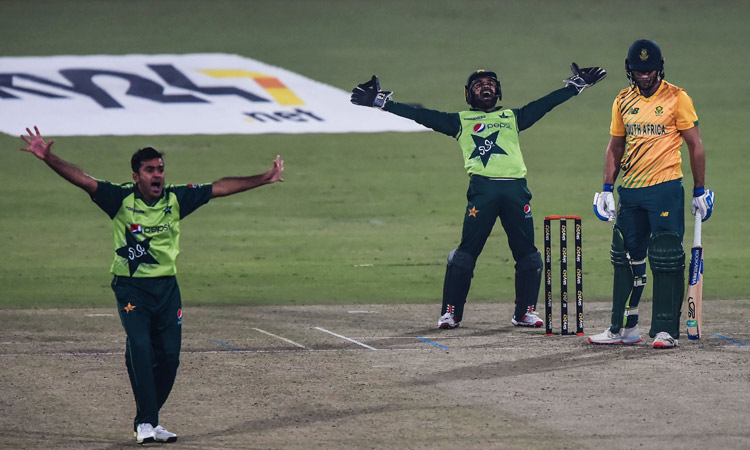 Rizwan, who hit 104 not out and 51 in the first two matches, struck seven boundaries, including two towering sixes, off 30 balls.

South Africa lost their first six wickets for 48 and their seventh at 64. Nawaz dismissed Reeza Hendricks (two) and Jon-Jon Smuts (one). Then debutant Zahid Mahmood removed Heinrich Klaasen (nought) and Janneman Malan (27) off succesive deliveries in his first over.

When Phehlukwayo went for a duck, South Africa had lost four wickets for seven runs in just nine balls. Miller added 17 for the eighth wicket with Bjorn Fortuin (10) before adding a further 58 for the next in just five overs with Lutho Sipamla who scored eight not out. 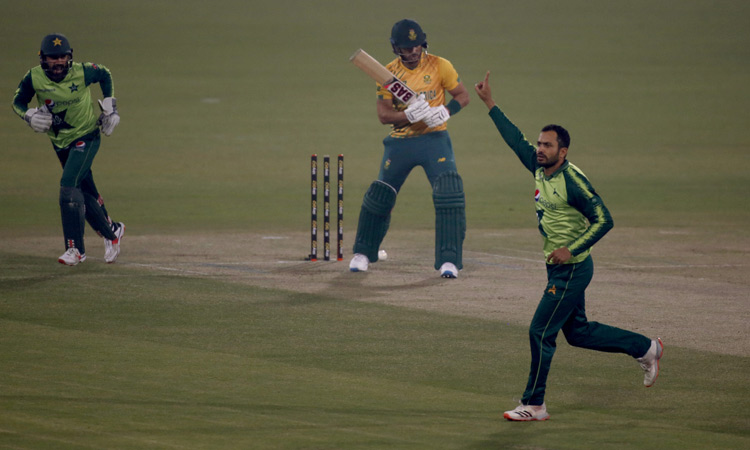 Pakistan won the first match by three runs while South Africa took the second by six wickets, both also played in Lahore.