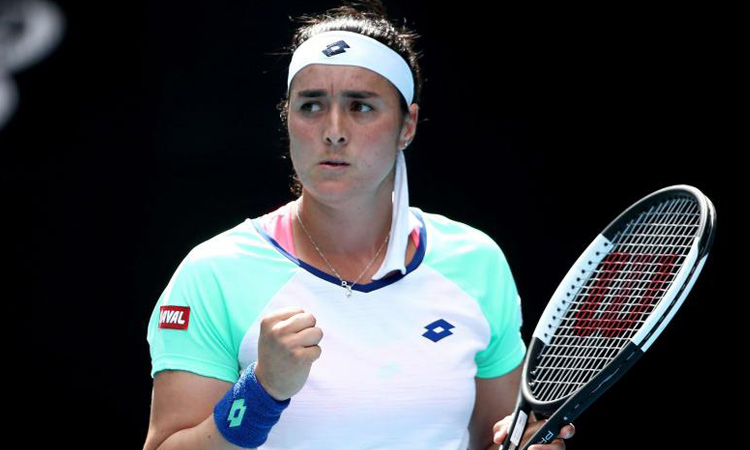 Ons Jabeur is trailblazer and a source of inspiration for the Arab woman athletes.

The Tunisian first came to worldwide attention in 2011 when she won the French Open junior title at Roland Garros. Making the win even more special was that it came shortly after she had undergone surgery on her left wrist. Since those early days, she has been marked out as someone special and has built a highly successful career through dedication, determination, ambition and a huge amount of sheer hard work.

"We have watched the career of Ons jabeur with interest," said Colm McLoughlin, Executive Vice Chairman and CEO of Dubai Duty Free.

“She has over the past few seasons developed into one of the most exciting players on the WTA Tour and proved beyond doubt that she can compete at the very highest level. We are delighted to welcome her back to Dubai and wish her every success."

In 2018 jabeur defeated former US Open champion Sloane Stephens on her way to the Moscow final as she became the first Tunisian woman to reach a WTA final where she fell in three fiercely contested sets to 2018 Dubai runner-up Daria Kasatkina.

In 2019 she reached the Eastbourne semi-finals, only to be forced to default the match due to an ankle injury, and she was named as the Arab Woman of the Year in Sports by the London Arabia Organisation.

Last season saw her add another milestone in her career at the Australian Open as she became the first player from an Arab nation to reach the quarterfinals of a Grand Slam. She followed that up by holding match point against world number two Simona Halep in the second round at the Dubai Duty Free Tennis Championships, before the relieved Romanian went on to win the title. Undaunted, jabeur went on to defeat world number three Karolina Pliskova in Doha.

Now jabeur hopes that others will be inspired by her success and be able to follow in her footsteps.

“My dream is to see a lot more Arab players on tour playing well,” jabeur said at last season's US Open. "To be honest, it’s not impossible I don’t think. The younger generation is a lot more motivated. Back in Tunisia I can see a lot of young talented players, and I hope I can inspire them. Then one day I can share my experience, show them the way, and not make the same mistakes as me."

And she feels she is ready and able to go even further as the 2021 season gets underway. Two more quarterfinals towards the end of last year isn't enough for her. And although she has begun the new season by establishing yet another career milestone by entering the top 30 for the first time, that isn't enough either.

"The goal for this year, I want to go for titles, enough of quarterfinals! I want to be in the Top 10. I know I have the level, I can be in this ranking. For me, I set up my goals like this, and I know that I can achieve them. I know that I’ve put in the hard work to have these titles, to be able to win more and more, so let’s see.