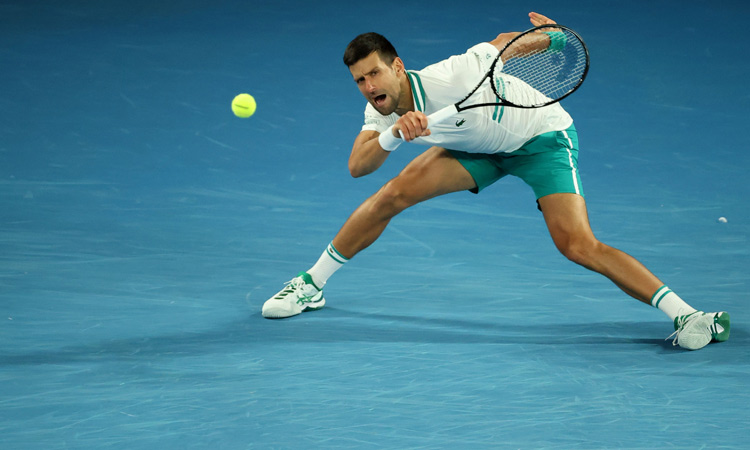 Novak Djokovic hits a return against Milos Raonic during their men's singles match in Melbourne on Sunday. AFP

Eight-time winner Novak Djokovic fought through what he had described as a tournament-ending injury to beat Milos Raonic and reach the Australian Open quarter-finals on Sunday.

Naomi Osaka and Serena Williams survived scares to go through but US Open champion Dominic Thiem was a major casualty when he fell to Bulgaria's Grigor Dimitrov.

Simona Halep avenged her crushing French Open defeat by Polish teenager Iga Swiatek to set up a meeting with Williams, while Taiwan's Hsieh Su-wei reached her first Slam quarter-final at the age of 35. 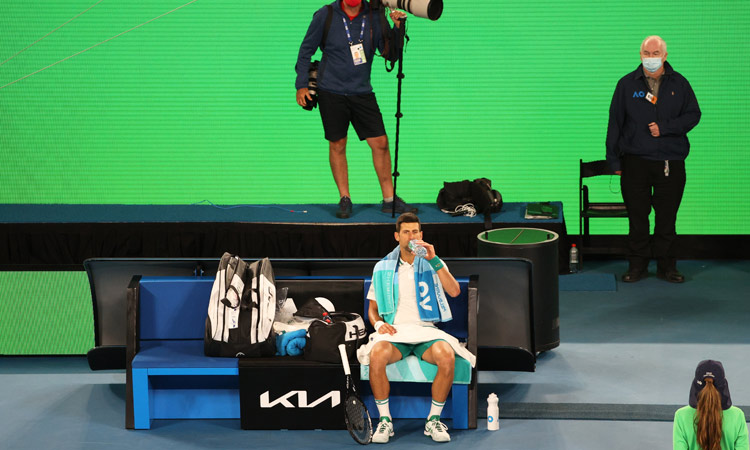 Novak Djokovic during his fourth round match against Milos Raonic. Reuters

However, the 17-time Grand Slam winner said he had spent "every single hour" since Friday's win trying to recover, and wasn't sure he would play until he warmed up before the match.

"If it was any other tournament than a Grand Slam I would retire from the tournament, that's for sure," said Djokovic, who becomes just the second player after Roger Federer to win 300 Grand Slam matches. "But because it's a Grand Slam, I want to give my best alongside my team to try to recover and get on the court."

Earlier, Japan's Osaka edged a thriller with fellow major-winner Garbine Muguruza, and Williams came through a physical test against Aryna Sabalenka to maintain her bid for a record-equalling 24th Grand Slam title. 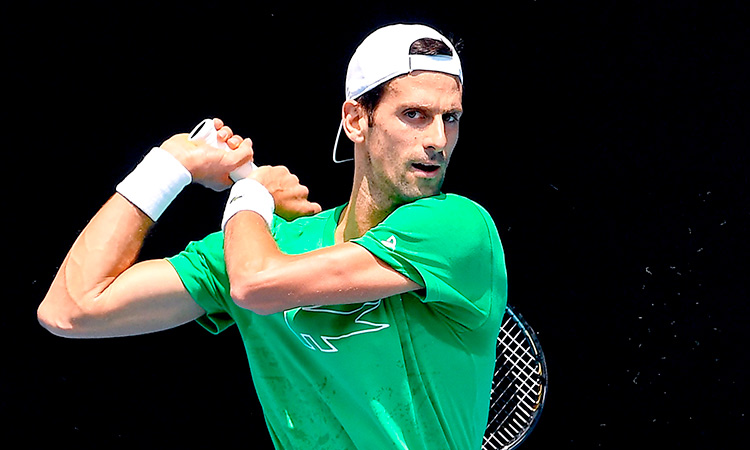