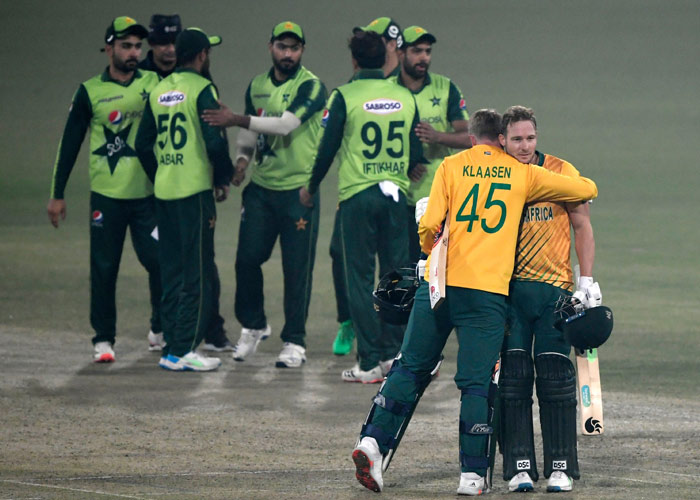 Fast bowler Dwaine Pretorius produced the best Twenty20 International figures by a South African to help his team draw level at 1-1 with Pakistan, thanks to an excellent six-wicket win in the second match at the Gaddafi Stadium in Lahore on Saturday night.

The all-rounder claimed five for 17 in four overs as the tourists restricted the hosts to just 144 for seven wickets after winning the toss and bowling. 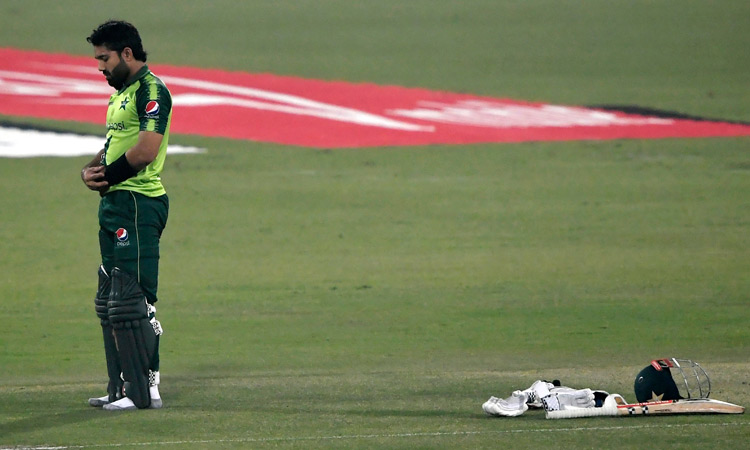 Reeza Hendricks and Pite van Biljon then struck 42 apiece — the visitors comfortably chasing down the target with 22 deliveries to spare. It means that three-match sequence will be decided when the final game of the tour is played at the same venue on Sunday. But match two was all about Pretorius.

Playing in his 13th T20I, the 31-year-old player was in stellar form as he smashed his previous best international figures of one for 12 and beat Ryan McLaren's record of five for 19 against West Indies at North Sound in 2010.

Pretorius was outstanding from the outset with his tight lines and length asking some real questions of the home side. His first wicket came in the second over when he got one to nip back and trap Pakistan captain Babar Azam leg before wicket for five.

Andile Phehlukwayo (1/31) and Tabraiz Shamsi (1/16), another man in superb form, then claimed a wicket each to leave the hosts on 48 for three in the seventh over. 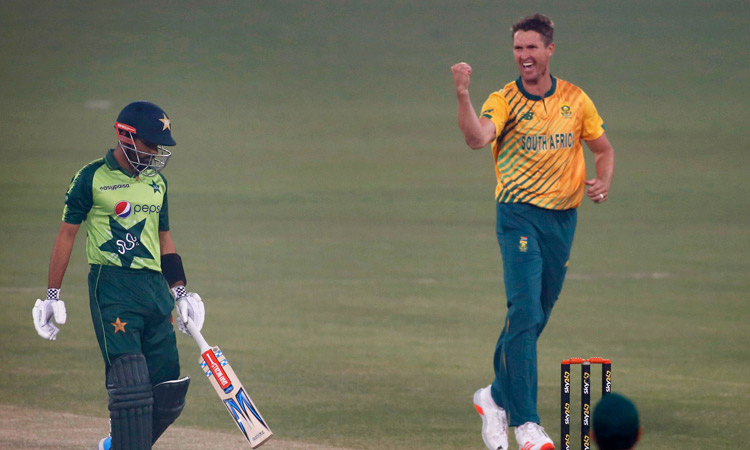 Babar Azam walks back to pavilion while Dwaine Pretorius celebrates his dismissal at the Gaddafi Stadium. AP

Mohammad Rizwan was the only man that was making most of the runs at the other end, the match one centurion adding a strong 51 (41 balls, 6 fours, 1 six) to his tally.

Once he fell to a Pretorius slower ball, Iftikhar Ahmed (20) and Faheem Ashraf (30 not out off 12 balls) helped their side to a respectable, albeit modest total.
Janneman Malan (4) and Jon-Jon Smuts (7) did fall early in the Proteas' chase to give the home side hope.

It was also the highest score by the latter in his sixth T20I, although both fell with 40 still to get. David Miller (25 not out off 19 balls) and skipper Heinrich Klaasen (17 not out off nine balls) then finished the job to give the South Africans their first win of the tour. 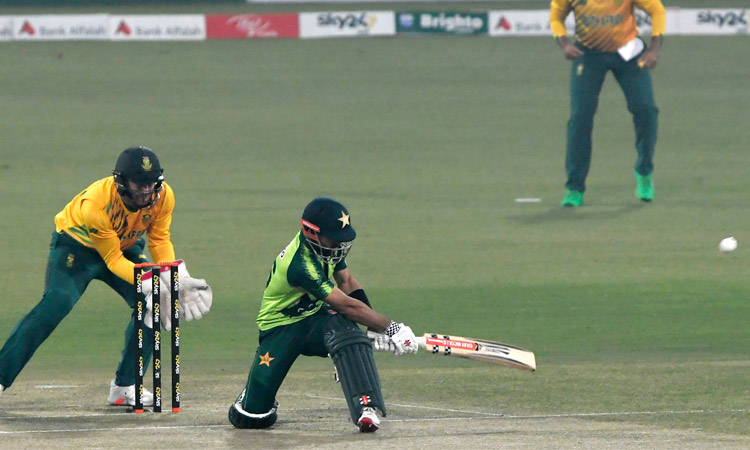 Pakistan kept the same team, which beat the Proteas by three runs in the opener of the three-match series on Thursday. South Africa had fought hard to reach 166-6 after Mohammad Rizwan’s blistering unbeaten 104 off 64 balls had carried Pakistan to 169-6.

The Proteas, looking to end a five-match losing streak in T20s, made three changes from the first match in Lahore, bringing in Pite van Biljon, Glenton Stuurman and Jon-Jon Smuts.

They replaced Junior Dala, Bjorn Fortuin and Jacques Snyman. Stuurman, 28, is a right arm fast bowler who is making his Twenty20 International debut.