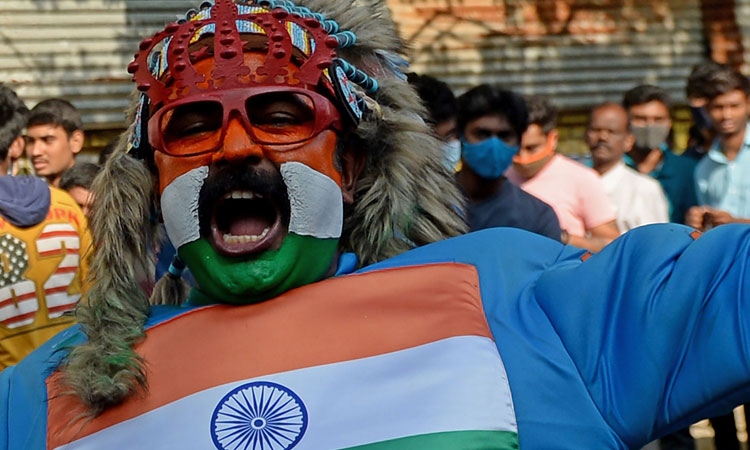 A fan of Indian cricket team cheers before the second Test match outside the M.A. Chidambaram Cricket Stadium in Chennai on Saturday. AFP

Rohit Sharma on Saturday paid tribute to the returning crowd after his masterful century guided India to 300 for six on day one of the second Test against England. 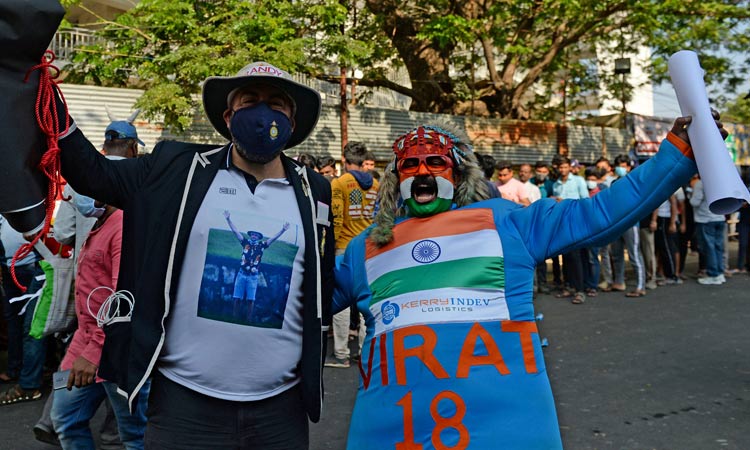 Cricket fan Joe Phelan (L) of Barmy Army with a supporter of Indian team gesture while cheering before the second Test match.  AFP

Rishabh Pant on 33 and Axar Patel on five were batting at the close of play after England's bowlers took three wickets in the final session. Spinners Jack Leach and Moeen Ali claimed two wickets each on a pitch that offered turn even on day one.

Ali bowled skipper Virat Kohli for nought to put India in trouble at 86-3, stunning the raucous 15,000-strong home crowd — present for the first time since the pandemic — into silence. But Sharma's knock restored the exuberant mood of cheering fans, all of whom backed the home team except for a brave half dozen Barmy Army soldiers. 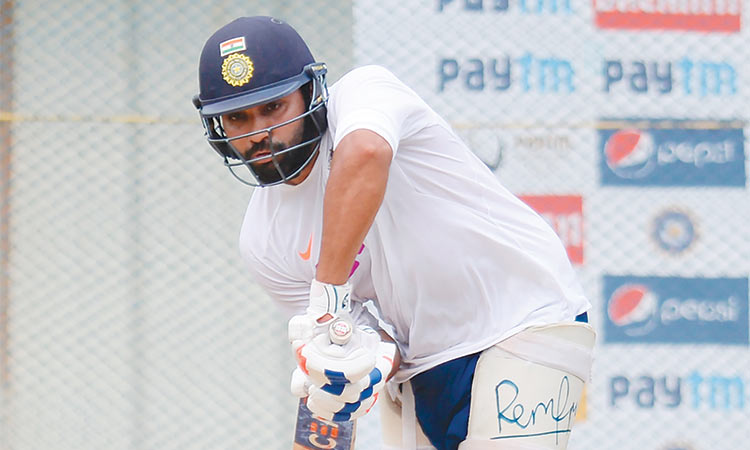 "It was great fun to have them at the ground. I mean it is something that livens up the whole atmosphere of the stadium," Sharma told reporters. "When there was no one at the ground in the first Test, the intensity was slightly low from both the teams... I am happy that they witnessed some good cricket today."

His seventh Test century was his first against England. When he crossed 150 in his 36th five-day match he got a standing ovation from the ecstatic crowd. But Leach broke through with his left-arm spin to send Sharma trudging back to the pavilion in the final session after the batsman holed out a catch to deep square leg.

Sharma, who survived a tight stumping chance — given not out by the TV umpire — off Leach on 159, hit 18 fours and two sixes in his 231-ball stay. Rahane, who hit form after scores of one and nought in the first Test, soon fell to Ali, bowled on another good delivery by the off-spinner for 67. 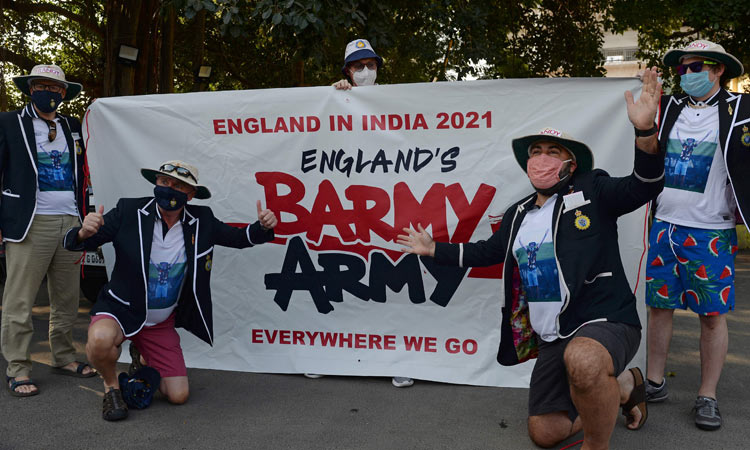 Skipper Joe Root chipped in with his off spin to get Ravichandran Ashwin caught at short leg by Ollie Pope. "Ajinkya's knock was crucial to the team and so was our partnership. We had put the team in a comfortable position till tea," Sharma said.

"I believe 350 would be good score on this pitch and we still have four wickets left. We hope Pant and Axar can score big and get more runs as we know the wicket will turn more on day two, three and four."

Earlier Olly Stone had Shubman Gill leg before for a duck in only the second over of the day, but Sharma and Cheteshwar Pujara steadied the ship with an 85-run second-wicket stand. But then Leach took Pujara for 21 and Ali's prized scalp of Kohli left India 106 for three at lunch. 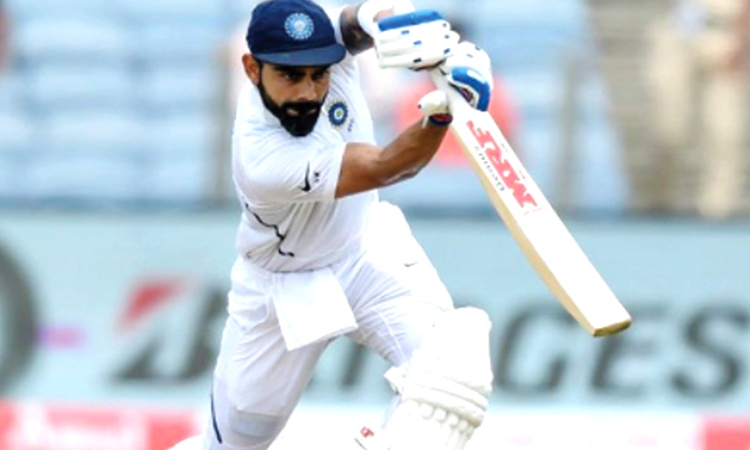 Virat Kohli plays a shot during a match. File

Ali bowled Kohli through the gate as the Indian captain stood shocked for a few moments while the TV umpire checked to see if the bail had been dislodged by the wicketkeeper's gloves. Leach said England are in the game despite a tough day on the field.

"I think it was definitely a hard day. Stone was back and got an early wicket and Moeen got Kohli out with a magic ball," Leach told Channel 4.

"It got a bit easier (to bat) as the ball got older, and you need to get partnerships and that's something we need to hold on to. We were pleased to get wickets in the end and we're in the game."

England made four changes from their opening win with Stuart Broad, Ali, Stone and wicketkeeper Ben Foakes making it into the side.