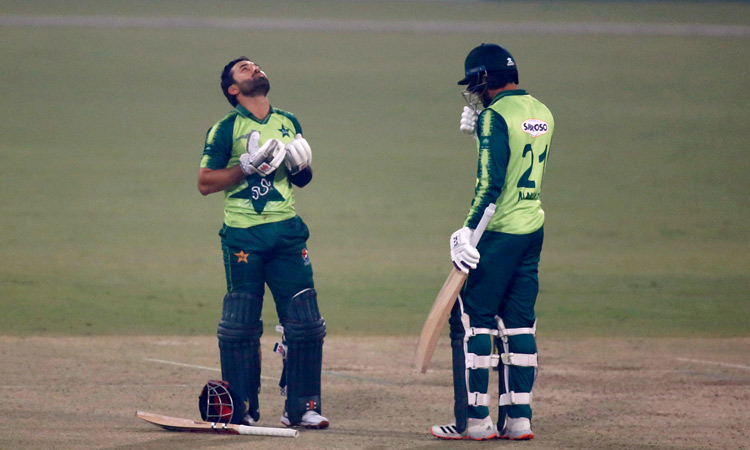 Mohammad Rizwan prays after scoring a century during the first Twenty20 match at the Gaddafi Cricket Stadium in Lahore on Thursday. AFP 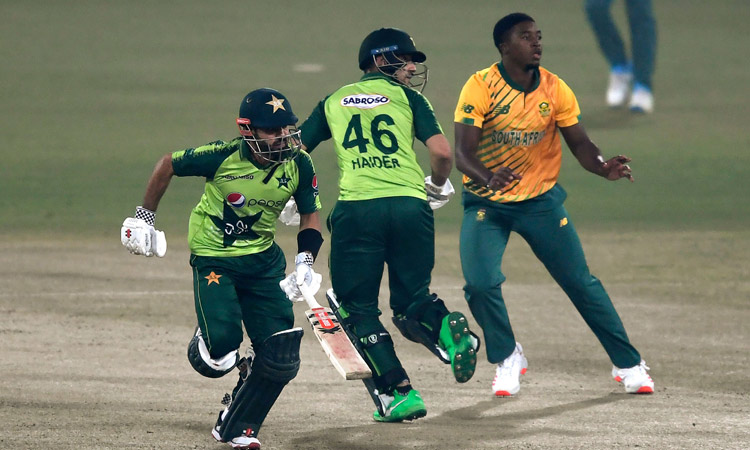 Rizwan’s cracking 64-ball 104 not out had six boundaries and seven sixes -- most sixes by a Pakistan batsman in a Twenty20 international — to lift the hosts to 169-6. He then ran out the tourists’ top-scorer Reeza Hendricks (54) in the 18th over to anchor the win. 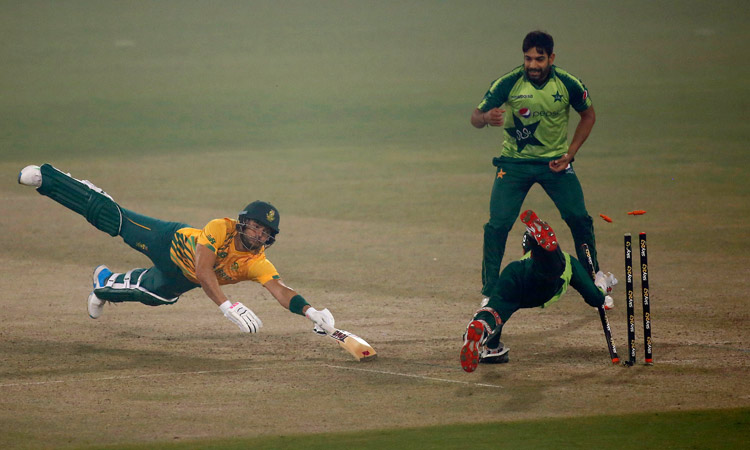 Reeza Hendricks jumps to save his run out by Mohammad Rizwan while teammate Haris Rauf watches. AP

Hendricks and Janneman Malan (44) had given the visitors a solid 53-run start by the seventh over before leg-spinner Usman Qadir took two overs in successive overs to derail South Africa. 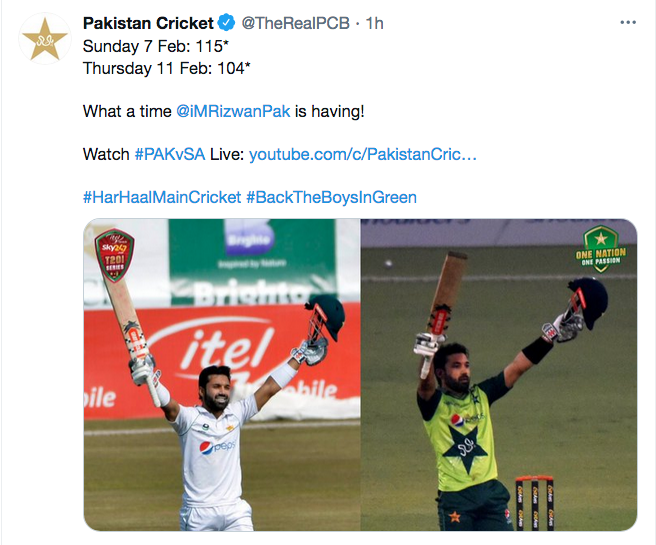 Earlier South Africa won the toss and elected to field first against the hosts. Pakistan suffered an early loss when their talisman Babar Azam was run out by Bjorn Fortuin on the second ball of the match for a duck.

The hosts struggled to find their footing, losing Haider Ali at the start of the sixth over when he was caught out by Jacques Snyman off Andile Phehlukwayo's ball.

Haider was replaced by Hussain Talat at the pitch who tried to swiftly pick up runs, hitting two consecutive fours and scoring 15 runs off nine balls.

He lost his wicket in the 10th over, leaving Pakistan struggling to build momentum.

Mohammad Rizwan brought much-needed stability for the hosts, hitting three sixes in one over to complete his half-century, his second in T20Is. 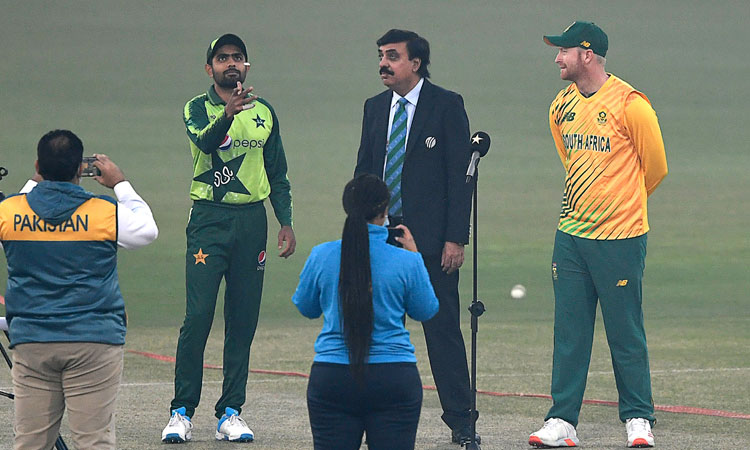 For Pakistan, Qadir took 2-21 and fast bowler Haris Rauf finished with 2-44. It was Rizwan all through Pakistan’s 20 overs of batting. Rizwan, who scored his maiden Test hundred in Pakistan’s second Test win in Rawalpindi earlier this week, added 68 for the second wicket with Haider Ali who made 21.

It lifted Pakistan — sent in to bat — from a disastrous start which saw skipper and top batsman Babar Azam run out off the second ball of the match for nought. Azam hit a drive off spinner Fortuin and ran for single but the bowler threw the stump at the non-striker end with a direct throw. 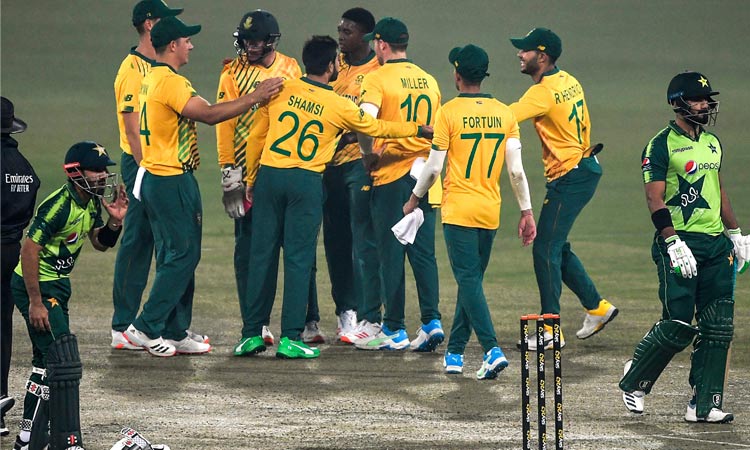 Hussain Talat (R) leaves the pitch after his dismissal. AFP

Rizwan held the innings at one end, changing gears in the 11th over when he hit three sixes off pacer Junior Dala to reach his fifty.

On his way to hundred he was dropped twice on 83 and 96 but he smashed medium pacer Andile Phehlukwayo over the deep mid-wicket boundary for his seventh six to complete hundred off 63 balls.

Rizwan is the only second Pakistan batsmen to score a Twenty20 international century behind Ahmed Shehzad who achieved the feat in Dhaka against Bangladesh in the World Cup seven years ago.

Phehlukwayo was the best South Africa bowler with 2-33. The remaining two matches will be played on Saturday and Sunday, also in Lahore.